While it is often recited in technical analysis circles that market breadth should ideally lead price in healthy uptrends, it is rarely observed.

Before 2019, there had been only nine observations of this condition since 1940, when, after a drawdown of 10% or more, the NYSE Advance-Decline Line made a new multi-year or all-time high while the major price indexes were comparatively lower.

Thus, we can conclude that this rare condition carries a significant probability of identifying the early stages of an important, long-term advance to new market highs.

Using this historical evidence to examine the market advance from the December 2018 low to the new all-time high in the NYSE Advance-Decline Line on Feb. 15, 2019, suggested that fresh bull market highs would follow in the months ahead.

This continuation of breadth leading price suggests that the market has likely not yet reached a major top. Rather, Lowry’s historical research shows that breadth indicators such as the NYSE Advance-Decline Line are most frequently already in long-standing downtrends at final bull market price highs (i.e., display negative divergences).

In the following table, we have divided the aforementioned positive divergences into two groups—one for post-correction and the other for post-bear market. 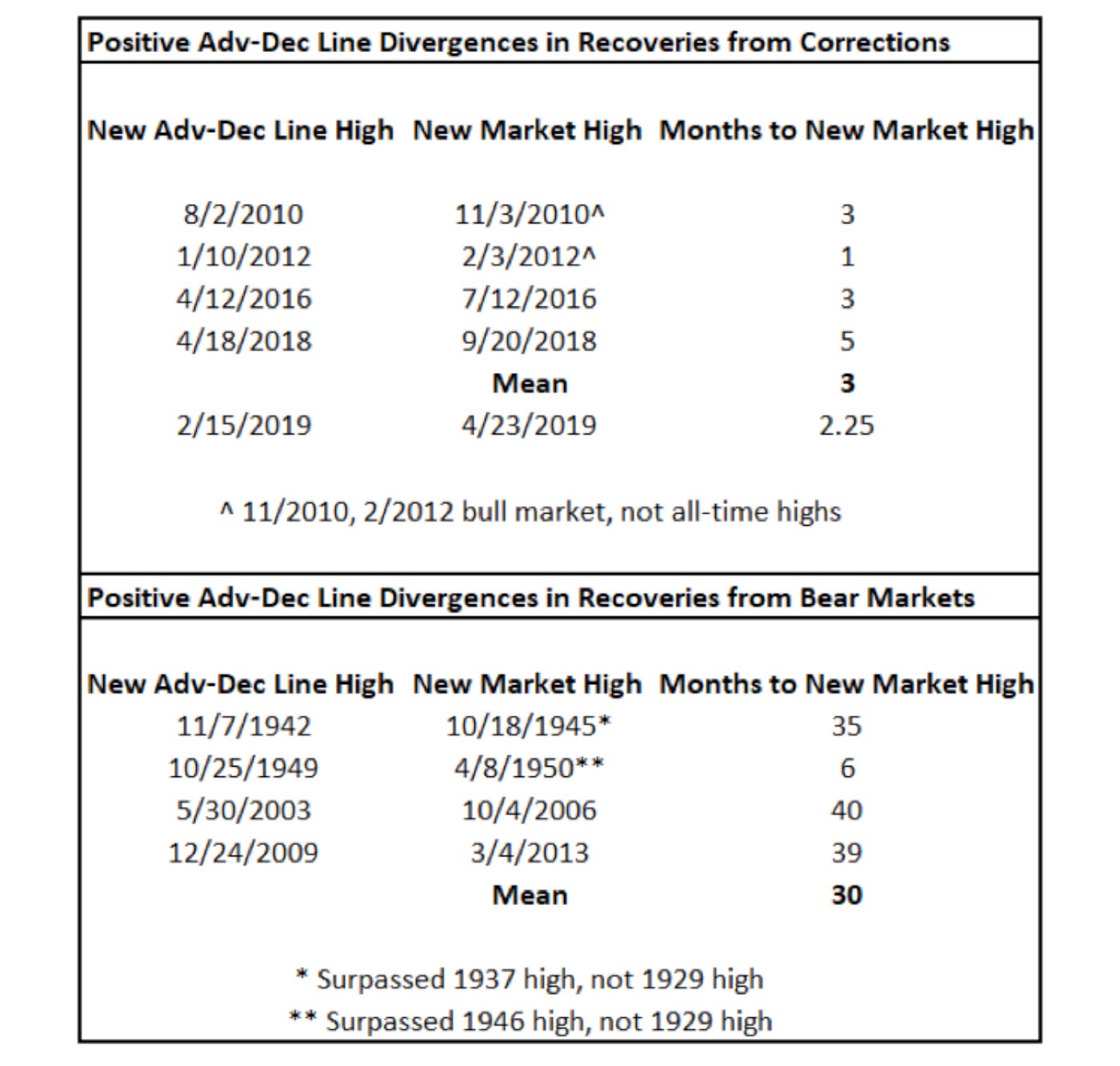 From the small sample of four prior occurrences, new bull market or all-time highs for the Dow Jones Industrial Average (DJIA) were achieved between 25 and 156 days after the first new high in the NYSE Advance-Decline Line, with an average of 92 days. Accordingly, these positive divergences that follow market corrections provide early evidence of a continuation of the current bull market, and they should discourage a view that the prevailing market advance is simply a bear market rally.

By contrast, as markets gradually recover from long-lived bear markets, these positive divergences produce much longer lead times. Based on these observations, we have recorded an average of 30 months passing before a reciprocal new market high was achieved. In this way, positive NYSE Advance-Decline Line divergences after long bear markets appear to serve as a confirmation that a new bull market has begun well before new highs in the major price indexes.

The most powerful, recent example of these bullish divergences is depicted in Figure 1. 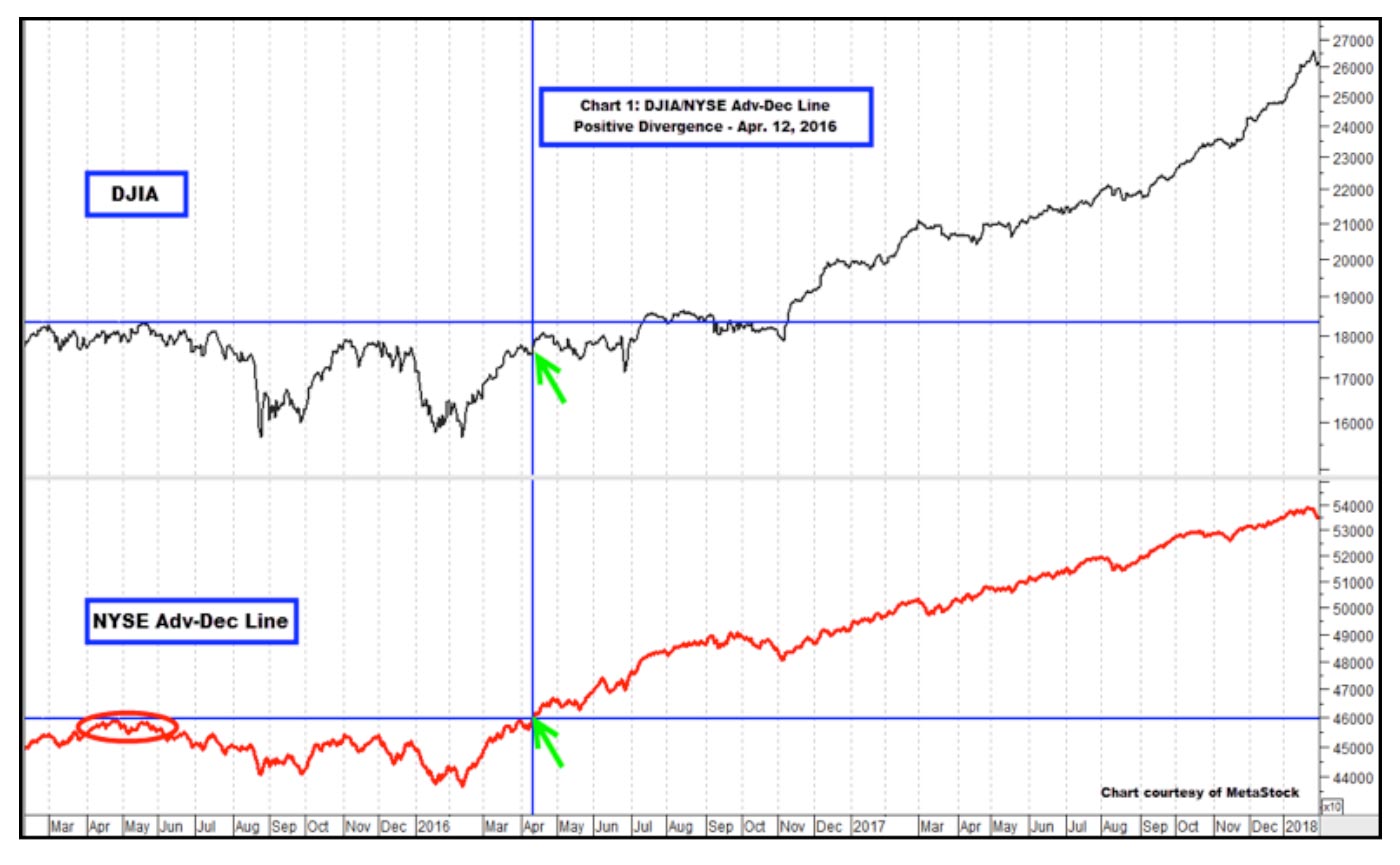 Here we have illustrated the positive divergence between the NYSE Advance-Decline Line and the DJIA as the Index emerged from the late 2015/early 2016 drawdown.

There are several valuable conclusions to draw based on the limited pool of prior occurrences of positive divergences between the NYSE Advance-Decline Line (all issues) and the major market indexes since 1940:

Finally, the recent confirmatory new highs in the NYSE Advance-Decline Line and S&P 500 Index continue to support the base case of an intact bull market.