A game plan to help clients ‘own their financial future’

A game plan to help clients ‘own their financial future’

Proactive Advisor Magazine: Peter, explain how your practice focus has evolved.
I was working as a financial advisor for a national firm in the late 1990s and was introduced to a NASCAR driver and team owner by one of my associates. We developed a good relationship, and he asked if I would work with him on both his personal finances and a variety of business issues for his race teams. While I continued to work with other clients, I really enjoyed the people and the entire arena of professional sports.

After several years, my client’s racing operations were winding down. I had met people in auto racing, and several became clients. One referred me to a professional football player, and that relationship led to taking on several other NFL players. One player I met, Jason Bell, was with the New York Giants and thinking about a career after football. He expressed a desire to get into financial services, and I agreed to mentor him.

See Related Article: 10 practice secrets from ‘the best in the business’
I had joined a firm, Horizon Wealth Management, that had a strong base of advisors in several states. Horizon’s management team also worked with clients in professional sports, primarily baseball. This was a very good fit for me, Jason, and another advisor who was part of our team. Over a period of seven years, we had a lot of success in the athlete segment. In 2012, we decided to form a subset of Horizon, naming it Masters Private Client Group.

While we have a focus on serving the financial needs of professional athletes, we also branch out into other areas such as the entertainment, music, and technology fields. There is a commonality between the mind-sets, energy, motivation, and financial issues of these types of top performers. It is very challenging and involves a lot of travel, but we love every minute of working with our clients.

Describe the planning approach you use with these types of clients. 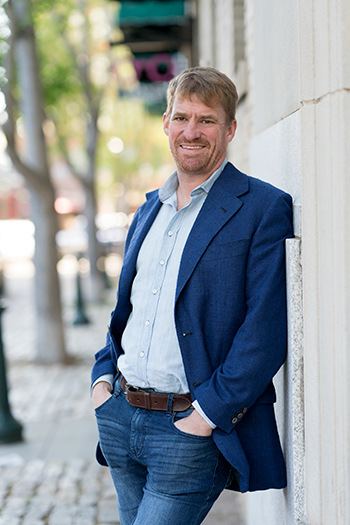 First, while it may sound a little trite, we consider them to be more than just clients. We often develop close relationships that touch upon many areas of their lives and financial well-being. We want to see them succeed in everything they set out to do. This starts with what we call our “listen-first approach,” which allows our clients to identify and prioritize their goals and, ultimately, own their financial futures. It is also a very process-oriented approach—these are very busy people. We strive for maximum organization and efficiency when working with clients on financial planning and implementation.

Our financial-planning process is viewed conceptually as a circle of service. That simply means it is not a stagnant, one-shot financial plan—it will evolve as a client’s needs change or circumstances dictate. This includes extensive discovery, which involves having clients articulate their goals and reviewing all of their pertinent financial accounts and documents. We then identify opportunities, working with clients on potential improvements to their plan.

From there, we provide a detailed analysis of cash-flow management, retirement-income planning, education savings, risk management, asset allocation, tax efficiency, and estate planning, as appropriate for a specific client. We benchmark where they are compared to where they want and need to be and perform a gap analysis, noting strengths and weaknesses in their current plan.

The next phase includes recommendations of specific financial strategies and investments based on the identified plan parameters and a time line for implementation. We coordinate with outside advisors as part of this process or recommend resources that we think could be of value. For example, this might include resources providing business guidance or entrepreneurial coaching.

Reviews of their financial plans are scheduled at regular intervals—systematic monitoring of progress toward goals is an important part of our process. Clients have access to a robust online aggregation of the many facets of their financial lives. We are available continuously to meet or speak with clients, and we encourage them to inform us immediately about any changes in their lives or finances. However, our goal is not to be in a reactive mode. We want to work proactively on behalf of clients, exploring what-if scenarios with them throughout the planning process.

What services do you provide?
I think a key factor that contributes to the success of our team is that, while we are grounded in a disciplined process, it is customized for each client. The overall financial needs of a professional athlete who is negotiating a substantial three-year contract are usually different from, say, a tech executive who might not currently make a large salary but has significant stock options.

For a professional athlete, there are numerous services we may perform. We will coordinate with their legal team, or one we recommend, on a review of their contract or negotiations for a new contract. We’ll review their insurance policies and help them determine whether they need a lifelong disability policy. We will review appropriate life and liability insurance programs. We spend a lot of time going over league employee benefits, which can be very complex and might require an outside consulting resource.

We may help them review their charitable efforts to see if that is being managed in an efficient manner. Athletes are often approached for outside business deals beyond endorsements, and we can help in the review process of those. Many athletes want to help one or more family members, perhaps with education expenses or a home purchase. We will help them coordinate their financial interaction with their families in a way that works within their financial plan.

“We often develop close relationships that touch upon many areas of their lives and financial well-being.”
We spend a lot of time consulting with CPAs and monitoring our clients’ overall tax efficiency, which can also be a complex issue related to state tax codes. We also get into cash-flow management and budgeting, which require both education and sensitivity. We examine the trade-offs of various discretionary spending levels with them. Importantly, we do a lot of work helping clients plan for career transitions, whether it be starting a new career or founding a business venture. We are asked to consult on real estate purchases—I have even been asked to help evaluate the best way to purchase a new car and to recommend a wedding planner!

All of these types of services occur in concert with what one might consider more traditional financial and investment-planning services. Helping clients construct appropriate risk mitigation and portfolio-management plans are a major component of what we do. I sit down with clients at the beginning of a relationship and clearly explain how we are compensated and the many services we can provide. I use a presentation piece that outlines the major areas and subpoints under each: cash flow/budgeting, investment planning, retirement planning, income-tax planning, risk management and insurance, estate planning and charitable giving, and assistance to others.

How do you present your overall investment-planning philosophy to clients?
First, we stress that their investment plan is a direct outgrowth of their overall financial plan, where all elements should work together in a synergistic fashion. We are very concerned with risk mitigation throughout a financial plan, and the investment piece is no different. Our clients have devoted tremendous effort to building their careers, and they are as concerned with protecting their wealth as they are growing it. I believe our industry is skilled at creating a foreign language that becomes difficult for most clients to understand. We view part of our job as helping to translate the industry’s complex terminology and investment concepts—so clients can make informed and educated decisions.

We also explain our belief in the value of using third-party investment managers. Just as we want clients to work with top-notch legal and accounting resources, the approach of using a specialized resource also applies to investment management. These firms possess an impressive combination of talent, systems and research capability, and strategic development experience that we believe can add significant value to clients’ portfolios. A major component of this is their focus on risk management as an ongoing part of their investment-management process.

What would you ideally like current clients to say about working with you and your firm to one of their friends or teammates?
That our firm and our people are trustworthy and truly have their best interests at heart. That our advisors treat client relationships as more than a business relationship, acting in a confidential and respectful fashion. That we bring a wealth of knowledge to work on their behalf in a highly professional and efficient manner. That we are skilled at working with their other advisors and can recommend top resources in many areas relevant to their financial and career needs. These factors represent many of our objectives, and we would be honored if clients perceive us that way.

Tips for staying focused through a demanding schedule

Peter Roe, a partner at Masters Private Client Group, specializes in clients in professional sports and the entertainment and technology fields. These are “top-performing, high-energy clients” who are located throughout the United States. His work involves extensive travel, coordination with outside advisors, and attendance at many industry events. Here are his tips for maintaining a high level of focus and energy to interact effectively with his clients when times are hectic: 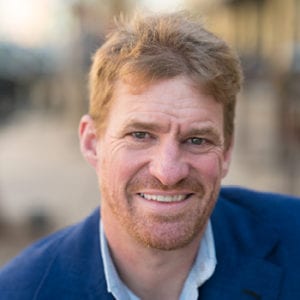 Raised in upstate New York, Mr. Roe was accepted at Johns Hopkins University for its early admissions program, forgoing his senior year of high school. He earned a bachelor’s degree in international relations, with minors in public health and environmental science. He later earned an MBA degree from Georgia State University.

Mr. Roe says he grew up with a strong interest in finance, influenced by his uncle, who was a senior executive for a major financial-services firm. Mr. Roe began his career with a regional bank and assumed positions of increasing responsibility in operations, trading/brokerage, and compliance. He moved to a national advisory firm, working in compliance, sales management, and as a financial advisor. As an advisor, he acquired clients associated with NASCAR racing, starting his focus on clients in the sports, entertainment, and technology fields. He and his partners founded MPCG in 2012.

Mr. Roe has a son and a daughter and enjoys “going to their many activities and spending quality time together.” He is an avid musician and runner and participates in long-distance races. He also likes to read, practice yoga, and train at the gym. Mr. Roe is involved in a leadership role with two charitable organizations in his community; one promotes arts and music to low-income families, and the other helps fund summer camp for underprivileged children.

Disclosure: Securities and advisory services offered through Cetera Advisors LLC, member FINRA, SIPC. Cetera is under separate ownership from Masters Private Client Group. Investments in securities do not offer a fixed rate of return. Principal, yield, and/or share price will fluctuate with changes in market conditions and, when sold or redeemed, you may receive more or less than originally invested. No system or financial planning strategy can guarantee future results.