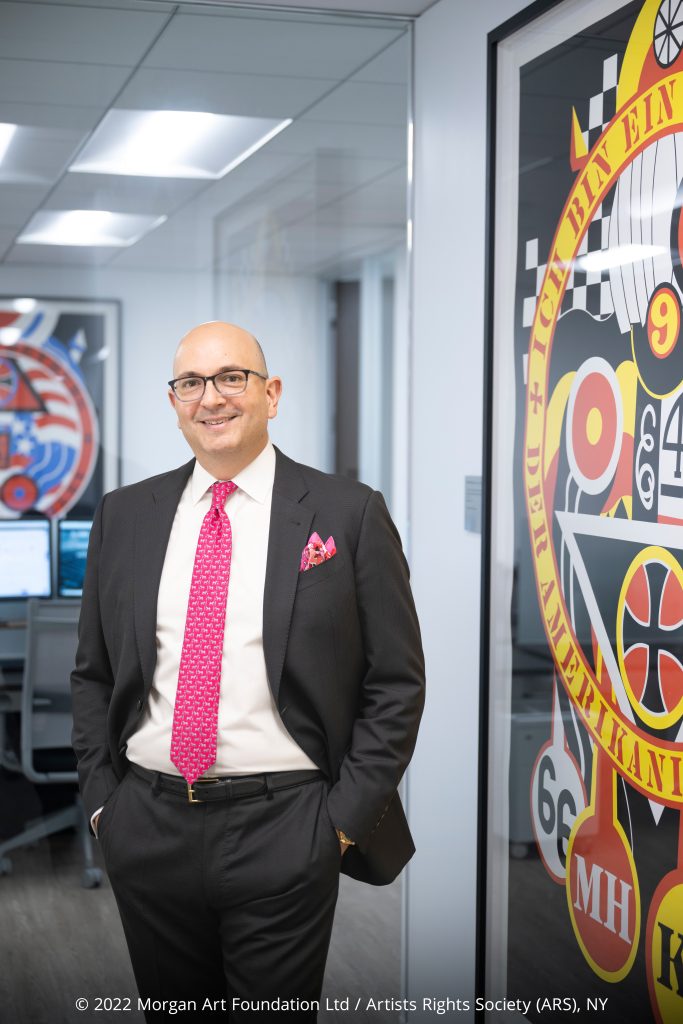 It starts with my family, which was inspirational in many ways. My parents came to the U.S. seeking political asylum. My father emigrated from Cuba with his father. My mother emigrated from Iran with her grandmother and her aunt. They met in Washington, D.C., married, and raised my younger sister and me in a loving and supportive environment. My mother was a homemaker, and my father had a successful career as an electrical engineer specializing in radio frequencies for guidance systems.

My grandfather was influential throughout my childhood and later years. He served as the undersecretary of the Treasury of Cuba before fleeing for his life to the U.S. He became an advocate for regime change in Cuba, as well as a well-respected economist, author, journalist, and university professor. He inspired me to be passionate about learning and critical thinking, as well as economic theory.

I attended Boston College, where I earned separate bachelor’s degrees in finance and philosophy. I had several outstanding professors in both disciplines. As I look back at the intersection of philosophy and finance, it is apparent to me why one of my favorite subjects was behavioral finance, then in its early stages. The behavioral element is a major factor in the analysis of economic trends, investment decision-making, and understanding various stakeholders in the markets. My biggest takeaway from college was building the discipline and confidence to think objectively about issues, examining arguments on both sides. That has served me well in my work as a business owner, financial advisor, and strategist.

The last piece is the experiential side and relationship-building I have had in various roles in the financial industry—on both the institutional and retail sides of the business. I have experience in product development, investment banking, distribution, analytics, investment consulting with advisory firms, and running my own advisory firm. I think this background, supplemented by professional coursework and my own ongoing research, has enabled me to acquire the intellectual capital, in-depth knowledge, and technical skills to serve our clients well.

See Related Article: Why risk management matters for all investors

Talk about your practice and your planning process.

Our firm has a core focus on our clients and their financial independence. Since our founding, we have been helping individuals, families, and business owners address their objectives through customized planning and proprietary investment disciplines.

One of the most significant lessons I have learned is the importance of having a well-defined and meaningful value proposition. Ours rests on our ability to allocate capital soundly in a risk-managed fashion, with accountability and transparency. Our ability as capital allocators drives our mission and instills confidence in our clients as we address virtually any financial, retirement-planning, or wealth-management need they may have. In addition to our firm’s financial advisors, we have a talented team of people in operations, client service, estate planning, tax overview, portfolio management, and business-owner services. We also have robust relationships with other firms in the financial industry. For example, we can help take a business public through our investment-banking resources.

“Our ability as capital allocators drives our mission. …”

Our planning process revolves around what we call “the four A’s.” I devoted a chapter to them in my best-selling coaching book for financial advisors. The first A stands for “assess.” We meet with clients and review all data relevant to their financial statement or balance sheet. The different components, including their disposition, registration, trust ownership, or any other unique dynamic, are assessed. We get a good picture during this phase, understanding the full lay of the land for each client. The second A stands for “audit.” The audit process strives to determine if each piece is operating at optimal efficiency and suits the client’s current situation. This might be a real estate investment, a living trust, or a business valuation—virtually anything related to a client’s financial situation. It is not unusual for a client to have a financial instrument recommended by a previous advisor that is out of sync with the client’s overall financial picture. It is about understanding the pros and cons of any specific instrument or structure, its tax efficiency, its performance, and how it might be further optimized, modified, or wholly changed.

The third A is “action.” During this step, we present and review our recommended action items. This step is often preceded by discussions with a client’s other trusted professionals, such as tax or legal advisors. We review where we think efficiency can be gained in different action areas. It is a deep dive on many financial-planning fronts and has specific recommended actions. The final A is “alignment” on an ongoing basis. We counsel clients to inform us on a timely basis about any major changes to their lives, careers, or businesses. We are happy to analyze and rethink a financial plan at any time, for any circumstance. For all clients, we set up a schedule of periodic reviews that makes sense for their situation.

What is your investment philosophy? 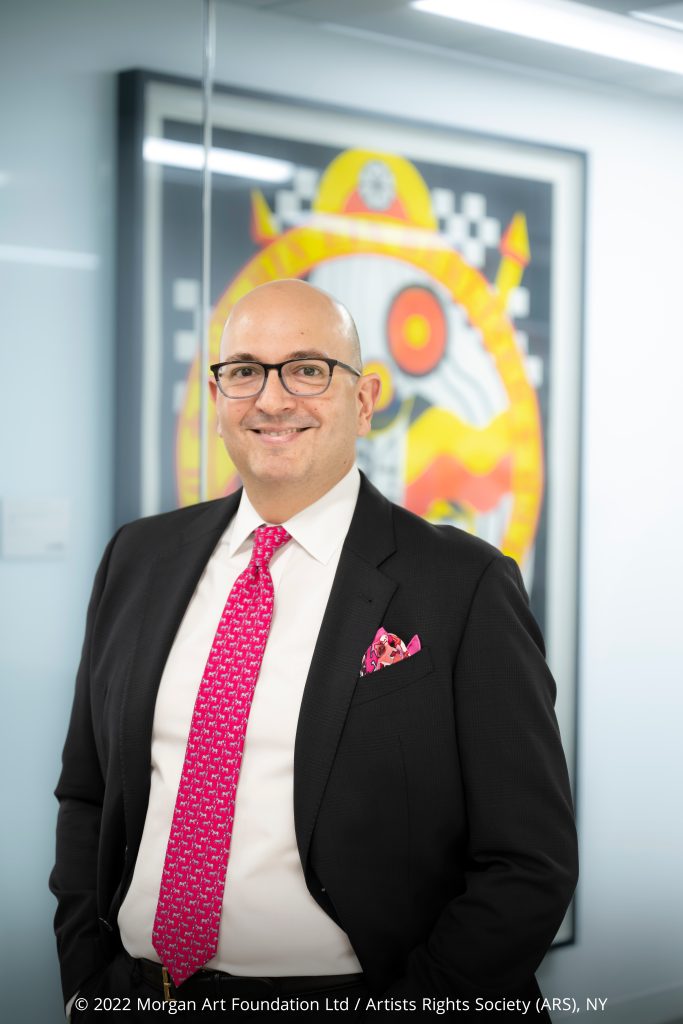 Our value proposition as an advisory firm is rooted in our skill as investment managers and capital allocators. We can present clients with a verifiable record of performance across a wide range of market conditions and cycles. We make active investment decisions—most commonly using passive tools—and emphasize alpha creation, capital growth, and risk management. It is essential to approach asset management with our clients’ investment goals and risk tolerance in mind.

Our investment advisory program provides clients access to a suite of four portfolio strategies from low growth to aggressive growth. These strategies are actively managed based on our proprietary global macroeconomic research and experience. Our strategies offer a mix of asset classes—such as stocks, bonds, and cash and cash alternatives—and evaluate return and risk throughout a market cycle to build wealth over time.

We commonly use the global product offerings of the leading investment fund and ETF providers in the industry as the tools underlying our strategies. We have the ability in our strategies to increase or decrease allocations to various asset classes or sectors, depending on our analysis of the macroeconomic outlook and current and future market conditions. We also have the flexibility to incorporate investment strategies from third-party managers if they offer a strong and differentiated approach. This would likely be in highly specialized market segments.

Our portfolios are designed for clients who desire an actively managed and holistic asset and sub-asset allocation strategy to navigate forecasted changes in the capital markets cycle. We constantly evaluate capital market flows and use sophisticated analytical tools. A disciplined construct toward investment decisions is at the heart of our approach.

How do you think clients would describe working with you?

Looking back over the years, I have had many clients say, in effect, “We love your passion for the work. It is like you live and breathe it and take your responsibility to clients very personally.” That is gratifying and in line with our beliefs and mission. Our firm has championed advisor accountability from day one. We credit our success to the long-term relationships we have built through open and honest dialogue with our clients. 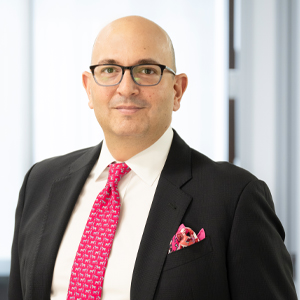 Ivan Illan, AIF, CFS, is the founder and chief investment officer of Aligne Wealth Advisors Investment Management (AWAIM). AWAIM offers advisory services for individuals, families, and business owners, as well as a suite of proprietary investment strategies. AWAIM has appeared on the Inc. 5000 list of the fastest-growing private companies in America, as well as the Financial Times “The Americas’ Fastest-Growing Companies” list.

Mr. Illan was born in Washington, D.C., and spent his teen years in Huntsville, Alabama. His parents and grandfather had earlier sought political asylum in the U.S. His father emigrated from Cuba and his mother from Iran. His father worked for NASA subcontractors as an electrical engineer. His mother was a homemaker and raised Mr. Illan and his younger sister. Mr. Illan’s grandfather was an official for the Treasury of Cuba before fleeing to the U.S., where he became a director for Inter-American Development Bank in Washington, D.C., and a university professor in Miami, Florida.

Mr. Illan says he enjoyed his high school’s strong academic program and diverse student population. He was an accomplished performer in theater productions and a member of competitive science and math clubs. Mr. Illan attended Boston College, earning bachelor’s degrees in both finance and philosophy. He was an NCAA-ranked fencer and continued to participate in theater, appearing in many school shows. Following college, he earned a certificate at the prestigious Webber Douglas Academy of Dramatic Art in London.

Mr. Illan began his career with Nuveen Investments in Chicago, working on IPOs, analytics, and creating presentations for major accounts. He moved to California, where he worked in product development and institutional sales and distribution. He then pursued other opportunities, including consulting with advisory firms, marketing for oil and gas trusts, and ETF product development.

Mr. Illan served as vice president at Fisher Investments before starting his own advisory firm in 2005. His initial business model was to work primarily with general-agency financial advisors as an investment specialist, co-advising in shared client relationships. Over time, he acquired several of those practices. AWAIM is now a hybrid RIA with a robust client base.

Mr. Illan is a member of the CFA Institute and the American Economic Association and holds the Accredited Investment Fiduciary (AIF) and Certified Fund Specialist (CFS) credentials. He is a Forbes Council member and contributor. He is a founding member of the CFA Society Los Angeles Wealth Management League. Mr. Illan has been recognized as a Financial Times Top Financial Adviser and a Five Star Wealth Manager, and is a recipient of an Investment News Excellence in Diversity, Equity & Inclusion award. He is also the best-selling author of “Success as a Financial Advisor for Dummies.”

Mr. Illan is married and resides in the Los Angeles area. He enjoys travel, art, tennis, and sailing. He is chair emeritus of Step Up on Second, a nonprofit that offers supportive services to the homeless community.

A comprehensive guide to success as a financial advisor

Ivan Illan, AIF, CFS, is the founder and chief investment officer of Aligne Wealth Advisors Investment Management (AWAIM). AWAIM offers advisory services for individuals, families, and business owners, as well as a suite of proprietary investment strategies. AWAIM has appeared on the Inc. 5000 list of the fastest-growing private companies in America, as well as the Financial Times “The Americas’ Fastest-Growing Companies” list.

Mr. Illan is the author of the Amazon best-selling book “Success as a Financial Advisor for Dummies,” a comprehensive guide for both new and experienced advisors. Mr. Illan writes, “My guidance in this book, just as the advice you give (or should give) your clients, is holistic.”