Or will it become a fatality of COVID-19?

The prognosis remains unclear, but we believe the bull market will return healthy and ready to run.

The big risk is that the economy will fail to respond significantly to the massive fiscal and monetary stimulus, some $6 trillion and growing. If economic stagnation becomes the new norm, then probabilities rise sharply for a secular bear both domestically and globally.

We believe the outcome will be vastly different. 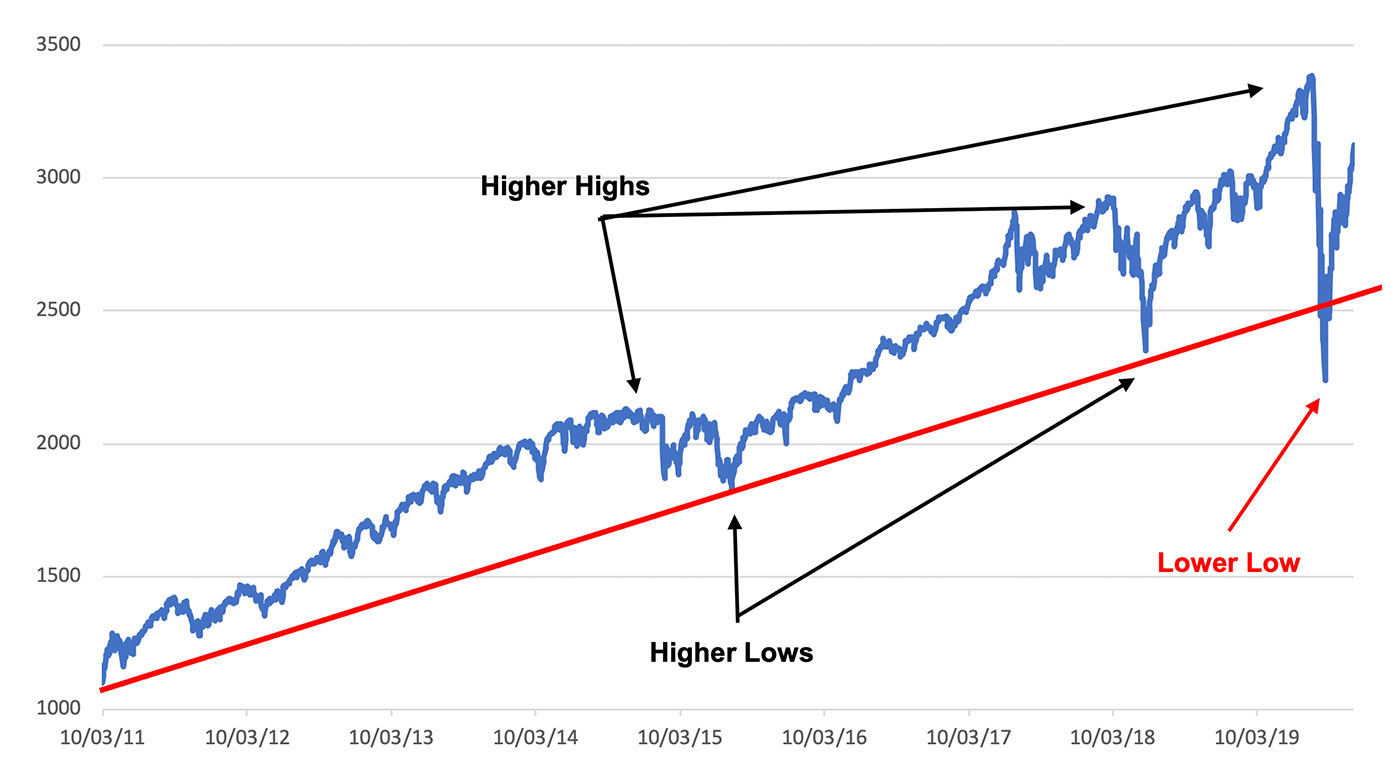 COVID-19 was, and still is, a black swan event that upended the secular bull market and caused major technical damage. Keeping in mind that secular bulls will be interrupted by corrections, the correction experienced in the U.S. equity market is concerning for several technical reasons:

It is important to note that many of the optimistic extremes normally present at the end of previous secular bull markets were nonexistent this time:

— paraphrased from the book “Dow 85,000! Aim Higher” by Marshall Schield and Trent Schield

Back in 2012, when writing our book “Dow 85,000! Aim Higher,” we thought the triggers for the current secular bull were energy and reshoring. With the technological breakthrough in fracking, the U.S. was on pace to become a world leader in energy, natural gas, and oil. Companies would be attracted to doing business domestically, where the supply of energy would be dependable, abundant, and cheap—thus, reshoring within several industries versus the previous trend of offshoring.

Those two foundations for the secular bull have not changed. COVID-19 led to a massive disruption of supply chains. It further highlighted the fact that the offshore manufacturing of many critical products for the U.S., such as medical equipment, drugs, microchips, and many others, led to a risky dependence on foreign sources. That should change, speeding up the move to reshoring.

New highs by, or before, Christmas?

We believe that is very possible. The market generated a rare 90% breadth thrust on May 27, 2020. This is when 90% or more of the stocks on the NYSE close above their respective 50-day moving averages. There have been 12 previous occurrences going back to 1970. That covers five decades of challenging times, secular and cyclical bull and bear markets. The average S&P 500 advance six months after a 90% breadth thrust was 12.8%, and 19.3% over a full year. If today’s market matches the historical average six-month gain, it would be above 3,400 before Christmas and at record highs.

Editor’s note: After Mr. Schield wrote this article, the U.S. Bureau of Labor Statistics released the May employment report. The surprise addition of 2.5 million reported jobs led to further significant market gains, with the S&P 500 rising above 3,200 on an intraday basis. This represented a gain of about 46% from the March intraday lows.