N​ow that the November 2022 midterm elections are behind us, the stock market is in year three of the four-year presidential cycle pattern. Some analysts look at that on a calendar-day basis, but I prefer to count the years as beginning on Nov. 1 for the purpose of the cycle. That is because the stock market typically responds to whoever gets elected president as soon as it knows the outcome. Usually that is right away, although back in the year 2000, it took until mid-December to settle things.

During a typical four-year presidential term, the stock market tends to be flattish during the first two years. Then the third year is nearly always an up year. The election year can be iffier, and there are examples of election years turning out really badly, as was the case in 2000 and 2008.

But third years are up almost all of the time. The notable exceptions were 1931, when the world was in the middle of the Great Depression, and 1939, when the Wehrmacht was marching through Poland. Outside of conditions like those, the third year can usually be counted on to be an up year. 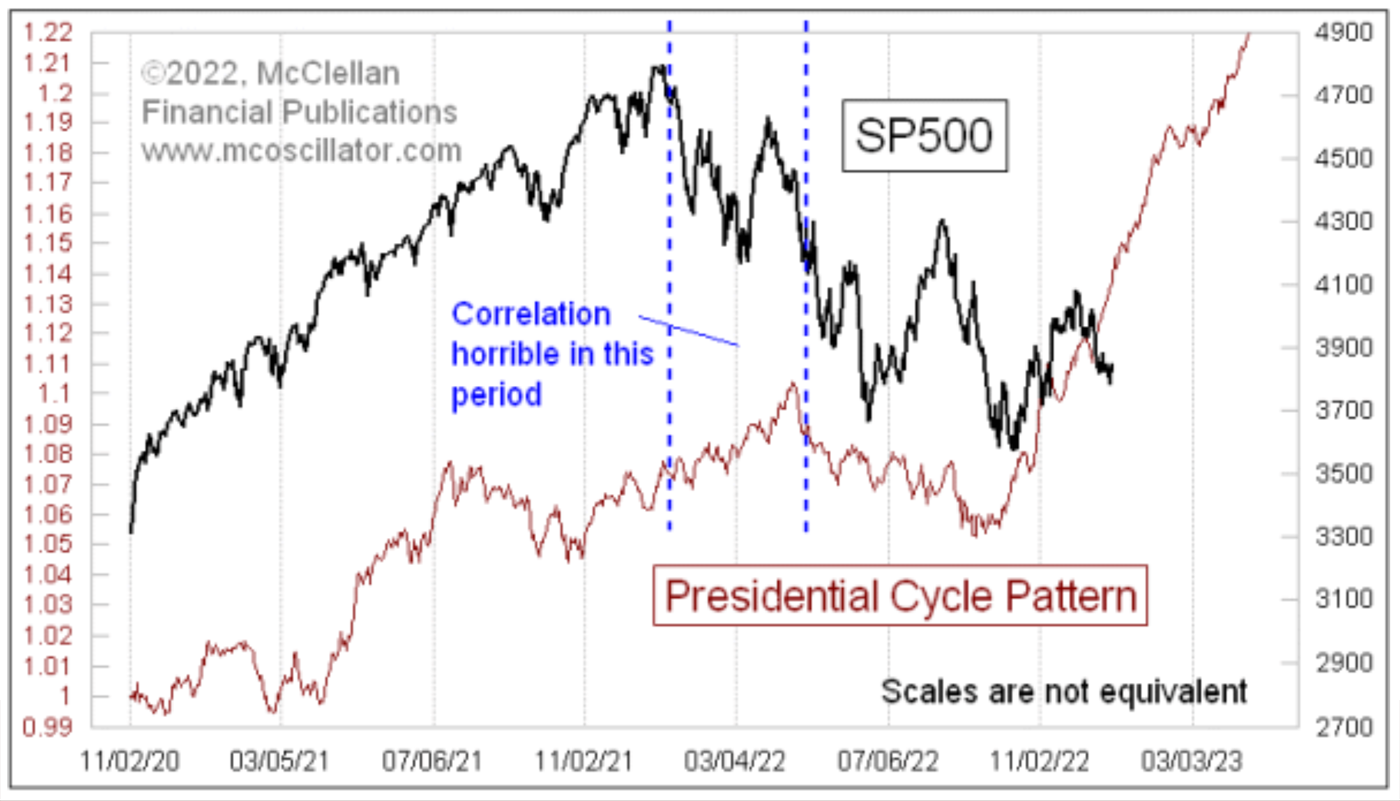 This time may be different though. The third-year up phase got off to a great start, coming out of the October 2022 lows right on schedule. But the rally faltered in December in a way that the Presidential Cycle Pattern (PCP) in the previous chart does not portray.

The PCP is formulated by chopping up the data into four-year chunks and then averaging them together. A few more adjustments are needed to get consistent data. One such adjustment is to equalize all of the years. Up until 1952, the stock market traded on Saturdays. Then in the mid-1960s, there was a period when trading was shut down on Wednesday so that the “paperwork” could get caught up (there were no computers then). So to make each four-year period a consistent length, some trimming of Saturdays or duplication of prior days for uneven holidays is needed.

I also recalculate each four-year period’s prices to reflect a starting value of 1.00 as of Nov. 1 of the election year. That way, higher price levels of recent years won’t throw off the calculation of the “average.”

The big decline we saw in December 2022 is definitely out of character for a third year. This does not necessarily mean that the stock market cannot get back into gear with what the PCP shows, but it does say that we were not off to a typical start. And this makes sense when we consider that the Federal Reserve is not only raising interest rates at the fastest rate ever, but it is also selling off its Treasury and mortgage holdings at the fastest rate ever. 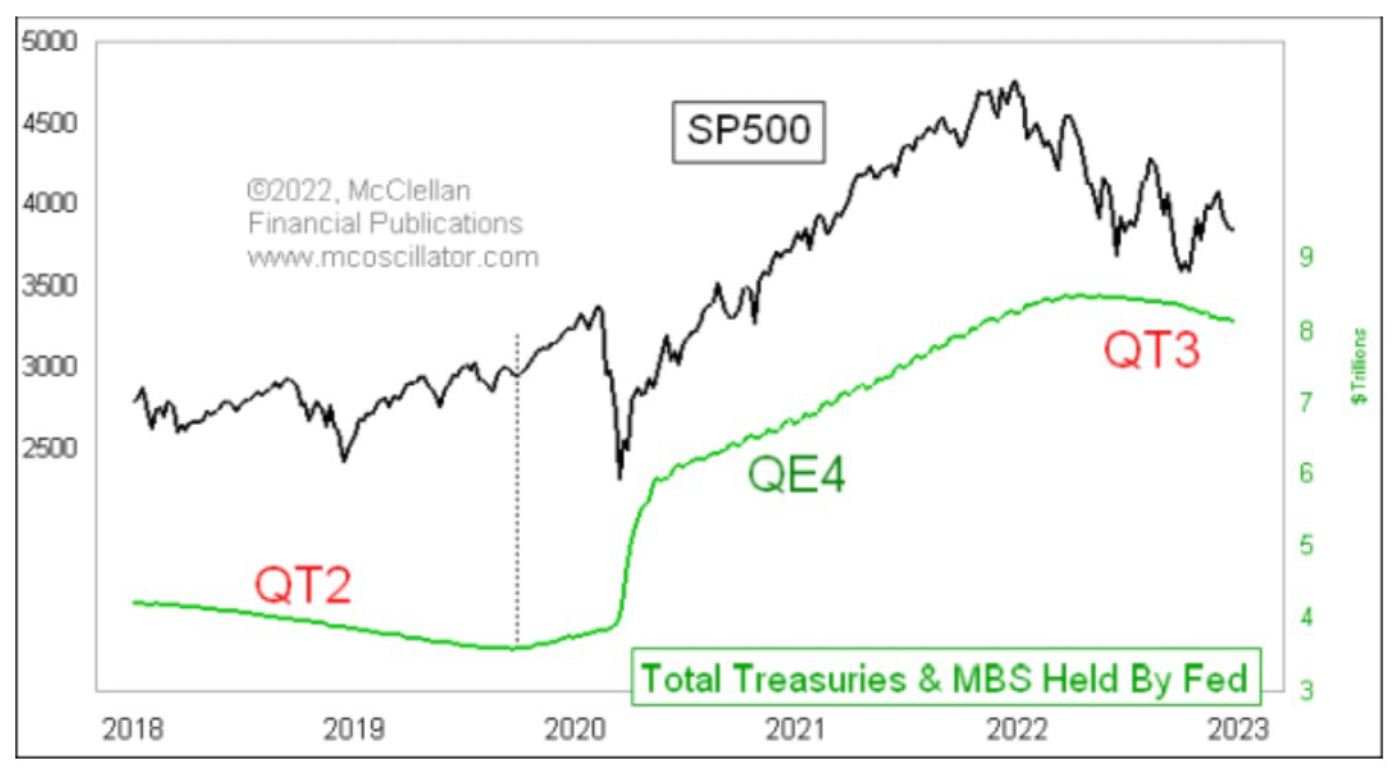 We know that the first round of quantitative tightening (QT1) in the summer of 2008 had a horrible effect on the stock market. QT2 in 2018–2019 was not as bad, because it was balanced out by an income tax rate cut enacted in 2017. But QT2 did keep the stock market just moving sideways, until the Fed started buying Treasurys and mortgage-backed securities (MBS) again in late 2019.

In physics terms, there is always a “balance of forces equation.” The motion of the object or particle in question depends on the sum of all of those forces. For 2023, we have the bullish force of the third year of a presidential term being met by the bearish forces of Fed rate hikes and Fed QT. If ever there were a condition under which the bullish tendency of the third year might not work, this is that time.