The consensus among economists puts the odds of a recession starting sometime in the next year at 30%, according to Bloomberg’s most recent survey. No wonder the S&P 500 is deep in correction territory and flirting with an official bear market.

We think the near-term pessimism is overdone. Yes, a recession is likely on the way, but it probably has about two more years before it arrives, which means corporate earnings have plenty of room to exceed expectations in the year ahead and for equities to rebound before year-end.

Plenty of reasons suggest we are not about to have a recession that starts in 2022 or early 2023.

First, the most probable cause of the next recession is the tighter monetary policy needed to wrestle inflation under control. But, so far, monetary policy isn’t tight. The Federal Reserve has raised short-term interest rates by less than one percentage point and, although it’s been announced, quantitative tightening has yet to start. Yes, the growth in the M2 measure of the money supply has slowed recently, but the time lag between tighter money and slower economic growth should be at least 12 months.

Second, tax rates haven’t gone up and are increasingly unlikely to do so anytime soon. The gradual demise of the president’s Build Back Better agenda means tax rates remain at the lowered levels set by the Tax Cuts and Jobs Act, which was enacted in 2018.

Third, although businesses are replenishing inventories at a rapid pace—a pace that will eventually slow and then reduce the real GDP growth rate—the level of inventories at manufacturers, retailers, and wholesalers are still very low relative to sales, which means plenty of room for businesses to keep restocking shelves and showrooms in the months ahead.

Fourth, although higher mortgage rates will almost certainly be a headwind for home sales in the months ahead, homebuilders have underbuilt housing in the past decade, and so total home construction should not falter significantly. Fewer home sales, yes, but rental units have to be built, too.

Fifth, there were 11.5 million job openings as of March compared to 7.0 million immediately before COVID. Demand for workers remains robust.

Some investors fear that the rise in long-term interest rates and drop in stocks, all by themselves, represent a form of financial tightening that could tip the economy into recession, but the size of the recent movements in financial markets have not been automatically linked with recessions in the past.

Meanwhile, debt service costs are low for both consumers and U.S. companies. As of the fourth quarter, consumers needed to use only 14.0% of their after-tax incomes to meet their financial obligations, which are debt service payments plus rents and payments for car leases and similar costs. For comparison, that’s lower than it ever was pre-COVID, dating back to at least 1980.

Again, we want to be clear that we are not dismissing the risk of a recession. We think one is on the horizon given the overly loose stance of monetary policy in the past couple of years, and the response necessary to correct the resulting inflation. But market pessimism has gotten ahead of itself, and there is room for economic news to come in better than expected in the immediate year ahead. 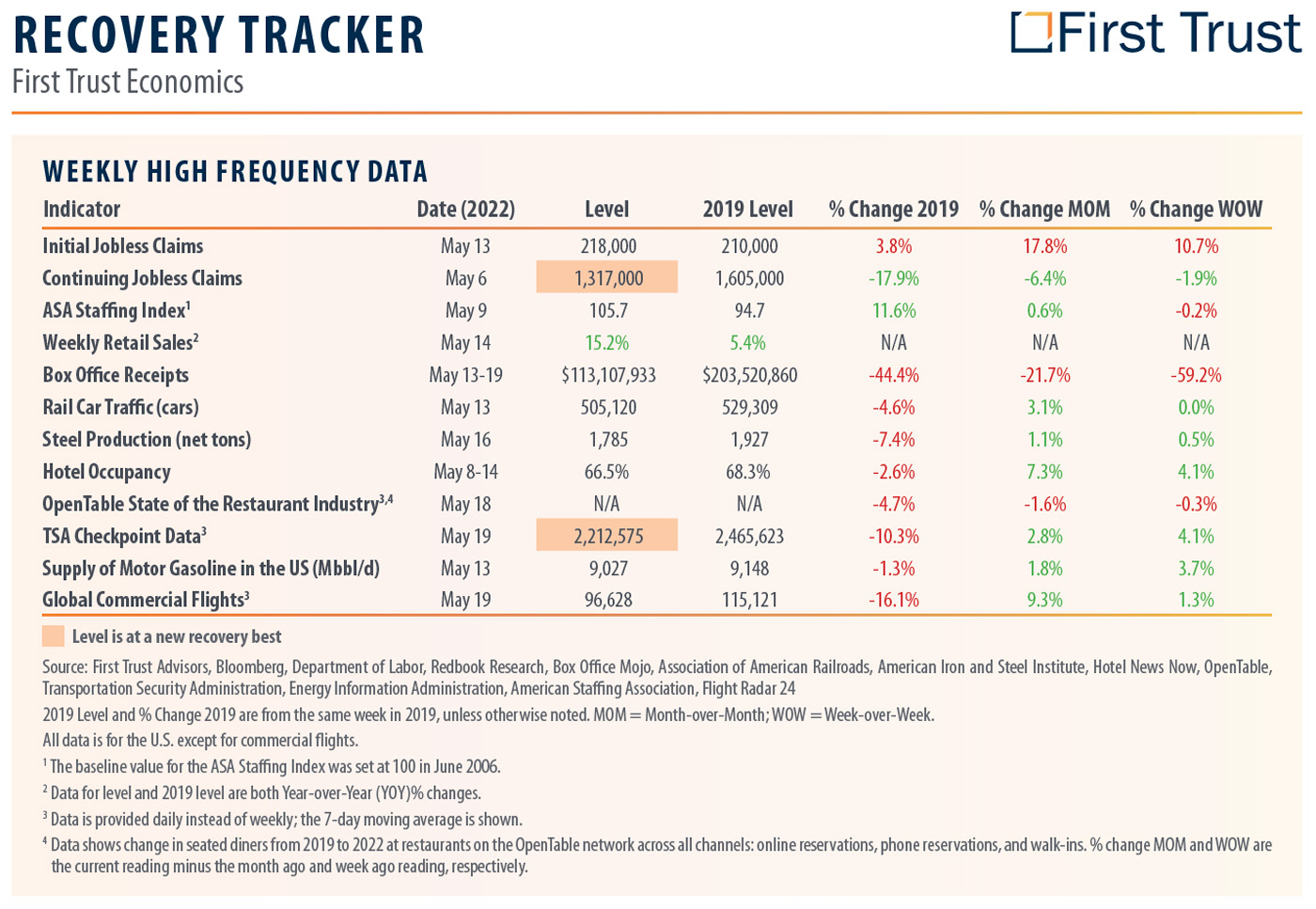 Editor’s note: Brian Wesbury is chief economist at First Trust Advisors LP. He and his team prepare a weekly market commentary titled “Monday Morning Outlook,” as well as frequent research reports. Proactive Advisor Magazine thanks First Trust for permission to republish an edited version of this commentary, which was first published on May 16, 2022.