Editor’s note: Tony Dwyer, U.S. portfolio strategist for Canaccord Genuity, and his colleagues author frequent overviews of market conditions, technical factors, and their future market outlook. The following provides an edited excerpt from their April 11, 2019, report on the macro market outlook.
Q1 2019 earnings-per-share estimates look to be down for the first time since Q3 2016

The start to the Q1 earnings season began last week with earnings reports from a couple of key money center banks. We thought it would be good to highlight current SPX operating earnings estimates (source: I/B/E/S data from Refinitiv):

All four intermediate-term indicators are moving back toward overbought levels

Our intermediate-term tactical indicators all reached an extreme oversold/pessimistic level in late December/early January and have since climbed back near overbought levels, as the SPX has advanced 23% off the Christmas Eve low (as of April 11, 2019). The extreme levels these indicators hit suggest that a cyclical low was set in December, but the current overbought level could lead to a brief pause in the upside.

FIGURE 1: % OF S&P COMPANIES ABOVE MOVING AVERAGES NEAR OVERBOUGHT LEVELS 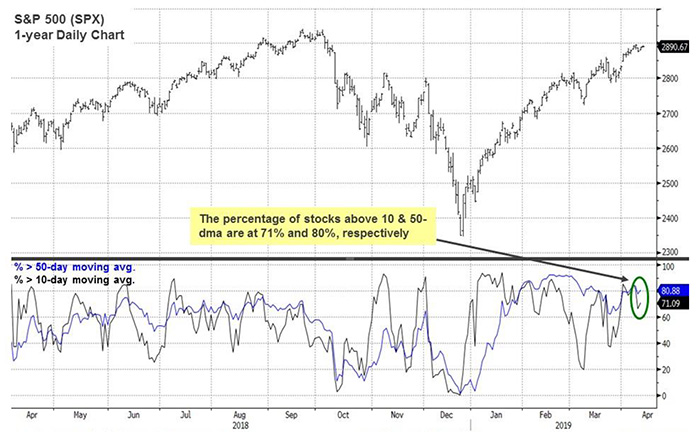 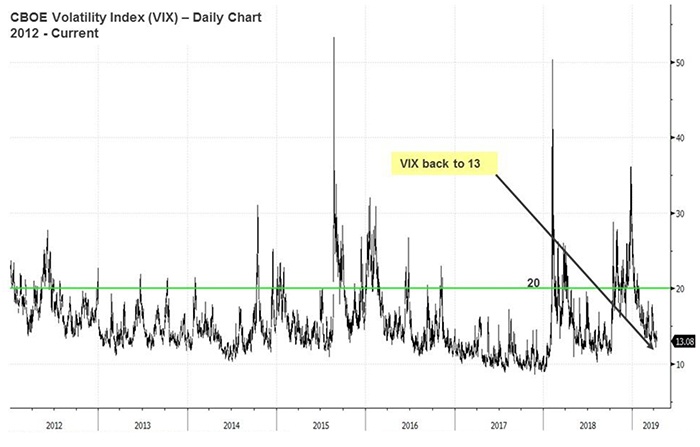 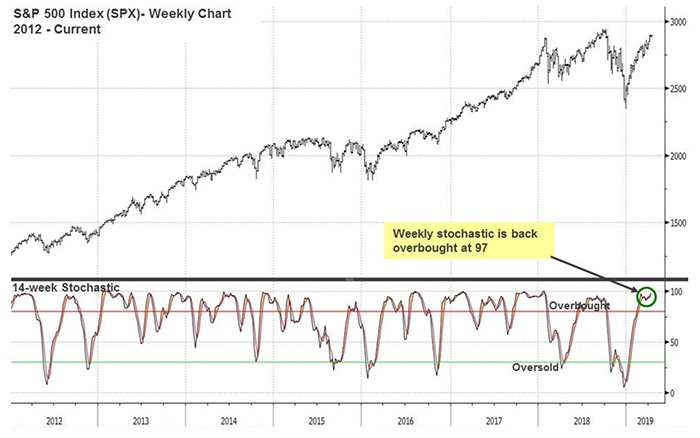 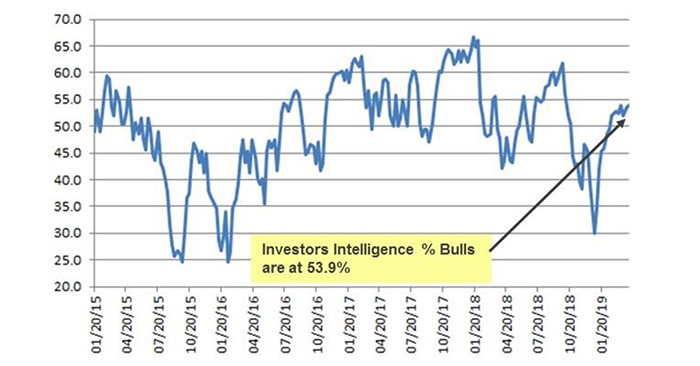 Market outlook summary: Any pause in the upside should prove limited and temporary
In our view, the historic Q4 2018 SPX drop of 20% has created a skeptical environment where investors don’t want to chase the recent strength and instead find excuses to wait for a significant pullback that doesn’t come. Of course, there can be temporary periods of weakness, but the driver of sustainable market activity throughout the current economic cycle is the perception of forward monetary policy and its impact on our core fundamental thesis driven by credit. We would remain focused on what has driven the upside recovery: (1) the impact of the Fed’s dovish pivot, (2) the positive effect of the significant drop in market-based rates, and (3) the stabilization of the very weak global economic data. Our 2019 SPX target remains 2,950.
The opinions expressed in this article are those of the author and do not necessarily represent the views of Proactive Advisor Magazine. These opinions are presented for educational purposes only.