Proactive Advisor Magazine: Paul, how do you see your mission in working with clients?

I have been an independent advisor for the past six years. Prior to that, I held a variety of positions in the financial industry, including working as a registered representative, securities trader, and manager. I believe I have developed a deep understanding of the financial markets through each of these positions and have hands-on experience with many different types of investment products and strategies.

While I work with clients in a full advisory capacity, I think my strength is as an investment portfolio strategist. My mission statement is perhaps a little unconventional, but it is something I believe in deeply. I work to protect my clients from the grand mythologies that trickle down from Wall Street and can do them the greatest harm.

What do I mean by that? It covers a lot of territory, but let me give you three examples. First, having spent over 30 years working with many different investment products and services, I think the classic industry model of “selling product” does a disservice to clients. There is nothing wrong with the products; it’s just that too many people in our industry focus more on sales and not enough on the client’s goals. I understand firsthand the limitations of a business model that is not truly functioning in an advisory capacity. While I can offer a multitude of products as needed, my primary focus is on the service-oriented process of being an advisor, as opposed to being a commissioned sales representative.

Second, if you watch a business show on television or go to a financial website, everything seems to be about “what the market did today” and how so-called experts interpret that for the future direction of the market. I believe you need to develop strategies for clients that are in sync with their goals and that will stand the test of time and varying market conditions. Risk management is paramount to building client portfolios that will endure through the inevitable cycles of the market. The question is not “what did the market do today?” It should be “what are you doing for clients that has positioned their portfolios to defend against a downturn or positioned them to find opportunity? What is your overall portfolio strategy and how does that benefit the client?”

A third mythology is that a static, traditional asset-allocation model will protect client portfolios during periods of high volatility and bear markets. We have seen how that just is not the case, especially in the credit crisis of 2007–2009. I explain to clients how classic asset allocation is a strategy, but it is just that, a singular strategy. I am a proponent of diversifying client portfolios not only using different asset classes but also using different dynamic and active strategies. Having said that, the theory of some passive asset-allocation models is interesting, specifically those that contain a diverse group of inflationary and deflationary investments that can work to lower volatility. But that is also a very different strategy than Wall Street’s classic 60/40 traditional asset-allocation model. I think clients benefit from working with a portfolio strategist who is willing to look beyond the conventions of the herd to develop a holistic portfolio approach that best meets their needs and goals.

What does your client base look like? Do you focus on any specific segments?

I have clients ranging in age from their mid-20s to their mid-80s. What they have in common is that they were either friends, they were referred to me, or I have developed some personal connection with them. I would say just about everyone I work with has become not only a client but also a friend. They value my analytical perspective and methodical approach, they trust me, and we like each other.

I prefer to work with clients who are serious about their financial future and looking for guidance. They have longer-term, retirement-focused assets, and are looking for accumulation, preservation, or income. While many of my clients might share some profile characteristics, that is more a function of the kind of people who gravitate toward me. That is likely related to the client development approach that I consistently use, which is to simply put myself in enough different circles to meet new people and make sure that they know what I do. I then stay alert for signals that may encourage discussions about how I might be able to help them. Increasingly, I have been using LinkedIn to develop new contacts who may be receptive to an in-person meeting or phone conversation to discuss their financial planning and investment needs.

Talk about your broad investment philosophy. 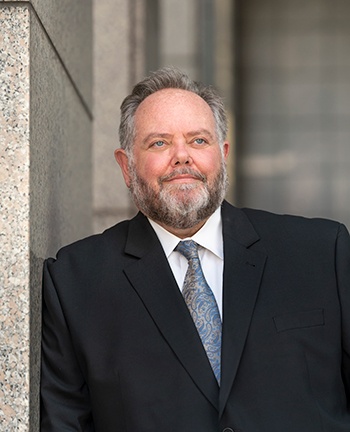 The most important thing is to recognize that an investment strategy for any given client depends on their objectives, not some arbitrary benchmark. I spend a lot of time on fact-finding and discovery, understanding each client’s risk tolerance and time frame. I seek to view a client’s entire picture and understand not only their goals but also the experiences that shape who they are, including their past investing experiences.

I have a bias toward generating income by only drawing it from interest and dividends or an insurance company guarantee. Part of my job is to understand what income-generating method fits best for each client: a prudent draw from their portfolio capital, from interest and dividends, or from an insurer guarantee. Whatever the case, there will usually be an investment component. My broad parameters have to do with finding allocations and strategies that have stood the test of time regarding certain rates of withdrawal. I seek to provide the smoothest investment ride possible, consistent with matching performance to client goals. A primary focus of my practice, as I mentioned, is recommending the deployment of multiple strategies with an objective of lowering the risk in portfolios.

I have done a tremendous amount of due diligence over the years to determine what I consider to be state-of-the-art investment and insurance products in various categories. Part of that exploratory effort has been in examining the offerings of various third-party investment managers. I am most concerned with their consistency of returns over time, how their strategies can handle displaced markets, and what historical drawdowns look like. Then there are the equally important factors of service, support, and transparency. I am very demanding and want to make sure that any money manager I recommend meets high standards and can deliver strategies that will help clients work toward meeting their investment objectives.

“An investment strategy for any given client depends on their objectives, not some arbitrary benchmark.”

I primarily use one third-party management firm that has time-tested strategies and an investment philosophy that matches mine. Their quantitative, rules-based strategies can play defense and offense as appropriate based on market conditions. Most importantly, I don’t want to see my clients’ portfolios get ravaged when the markets hit an inevitable downturn. I want to protect their capital as effectively as possible—in order to continue growing it when the inevitable upturn emerges again. I seek to make actively managed portfolios as much of a core as possible for every client. There are sometimes reasons to deviate from that core, given individual situations, client preferences, and income needs.

If a valued client were to give you a referral, what are the attributes you would like them to ascribe to their working relationship with you and your firm?
I would hope they would communicate that I took great time and care in getting to know them on a personal level and then did the same when the discussion turned to doing business. I want them to know that the kind of client I choose to work with is more important to me than how many there are. I would like to be known for developing investment plans that deliver transparency, consistency, and performance—and that I will strive to do the same for any client that I work with. Finally, I would like them to know that I have an unwavering focus on creating customized solutions for clients. I work in a collaborative, goals-based manner, helping to find strategies that will deliver the least risk while still having a reasonable expectation of meeting accumulation and retirement-income goals.

Paul Balog is an independent financial advisor and investment portfolio strategist located in The Villages, Florida. He believes in “using multiple financial and investment strategies” in a manner that helps clients “work toward their goals and manage risk.” Mr. Balog says he has conducted extensive due diligence in examining the offerings of various third-party investment managers. The following are some of the factors he places the most weight on in his selection of managers: 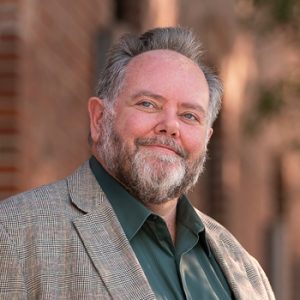 Paul Balog is an independent financial advisor and portfolio strategist located in The Villages, Florida. He says he is dedicated to “developing a customized financial program” for clients, using multiple financial and investment strategies in a manner that helps clients “work toward their goals and manage risk.”

Mr. Balog was raised in Long Island, New York. His father was a municipal bond trader for several New York firms and his mother was a real estate agent. He says his father “constantly studied the bond market, even in the barber chair on Saturdays.” Mr. Balog’s father was also an accomplished bowler who “passed on his passion for the game.” Mr. Balog’s family traveled frequently during the summers, “taking car trips that included out-of-the-way places around the U.S.”

Mr. Balog says he was always a strong student, especially in math. Prior to high school graduation, he entered Simon Rock’s early college program, which is now Bard College at Simon’s Rock. He studied political science and English and later transferred to Bard’s main campus. He says one of his Simon’s Rock professors was “transformational” in helping him develop his writing and communication skills.

Mr. Balog has worked for more than 30 years in a number of financial management roles and says his background has been varied and comprehensive. He has extensive experience with investment planning and strategies using many different types of financial instruments. His first position of note was as a bond trader for a small firm in Florida. He went on to work for several different firms in Florida, primarily in sales, management, and trading capacities. His last position before becoming an independent financial advisor in 2013 was as an OSJ (office of supervisory jurisdiction) manager.

Mr. Balog says he is married to his “best friend,” whom he has known for more than 40 years. They have a blended family that includes five adult children. Mr. Balog says he is a “lifelong learner” and enjoys reading and being outdoors in nature, as well as traveling with his wife. He also enjoys golf and bowling as a participant and baseball, soccer, and tennis as a fan.