Proactive Advisor Magazine: Mark, talk about some of the influences in your life and career.

That would start with my upbringing. We were a typical, hard-working, middle-class family, with everyone pulling together. Though my parents could not contribute much, they were very supportive of my attending college. I attended the University of Scranton, where I was accepted into the Special Jesuit Liberal Arts Program (SJLA). This emphasized a well-rounded exposure to the humanities. I had a double major in public administration and philosophy. I especially took to the philosophy and ethics courses, which were a major influence on my life.

I joined the ROTC program in college, both out of a desire to serve in the military and the educational benefits. Ultimately, those benefits helped me to afford college and attend graduate school at the University of Pennsylvania, where I earned a master’s degree in philosophy. I spent 11 years in the military, based in the U.S. and South Korea. While I spent most of my military career as a commissioned officer and helicopter pilot, my final assignment was teaching at the United States Military Academy in West Point, New York. My deep immersion there in philosophy, critical thinking, and ethical theory has definitely influenced my approach to financial services and how I think I can best serve clients.

After I completed my military service, I considered career options. I had started investing with my first paycheck in the service and studied investment theory for many years. I became the person many of my military colleagues would consult on basic financial and investment questions. I had the opportunity to join a major Wall Street firm, and I thought that would be a good way to pursue an entrepreneurial type of career. I received great training and had some influential mentors, learning how to effectively find solutions to meet clients’ financial objectives.

After 14 years, I decided to go independent and founded my current practice. I focus on financial, retirement, and investment planning for pre-retirees and retirees. I believe in continuing education, and I have earned several important credentials that have helped me become a more effective financial advisor and fiduciary. I also have a consulting practice that provides fiduciary education and assessments that enable retirement plan sponsors—as well as the trustees of foundations, endowments, and nonprofit organizations—to ensure compliance with fiduciary best practices. I have been a frequent contributor to industry publications on fiduciary issues and speak often in front of industry groups. I consider it a great privilege to contribute to the financial industry in this way. 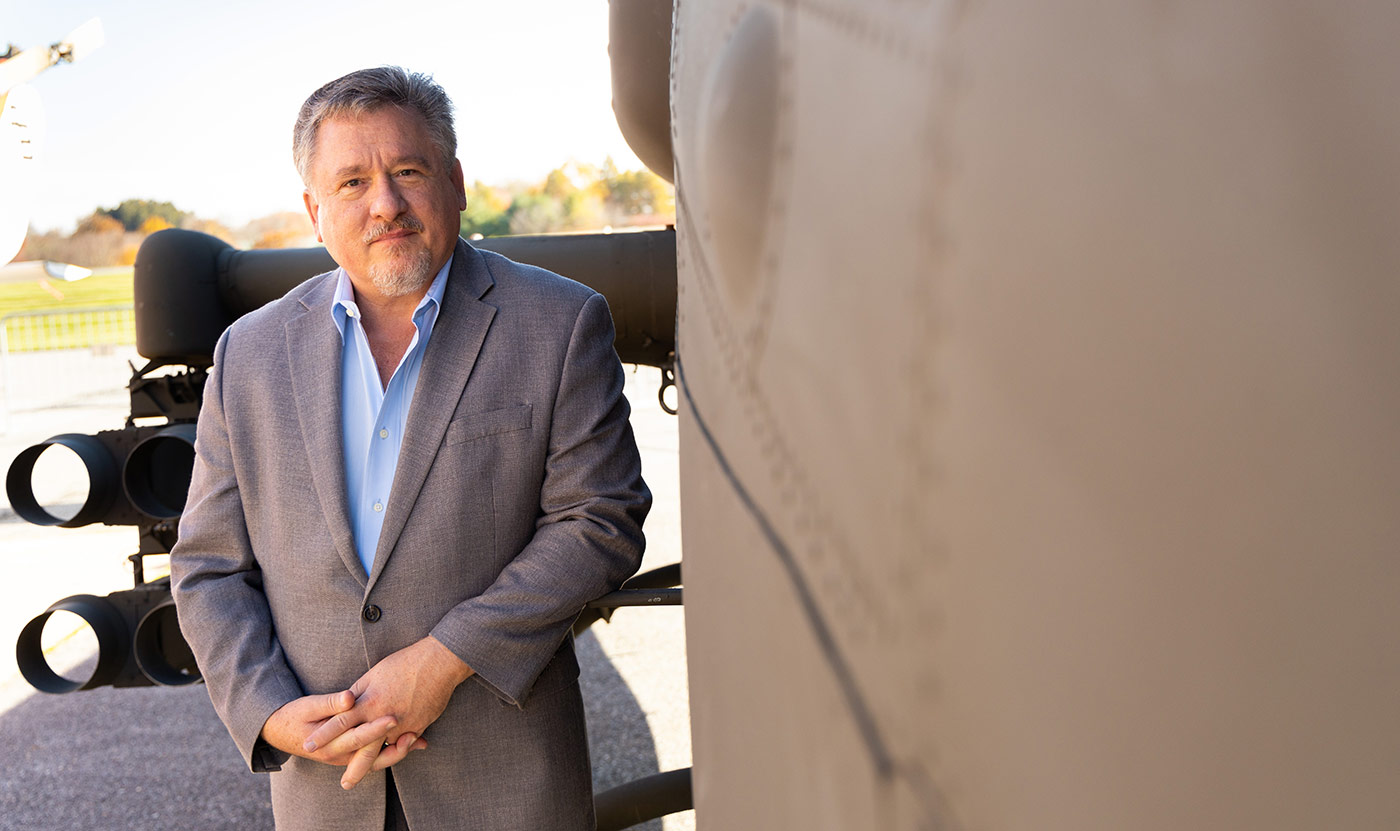 How would you describe your mission in working with advisory clients?

Along with being a financial planner and investment advisor, I see myself as my clients’ go-to person for any financial-related issue. Many clients have told me they feel a sense of confidence knowing that they have a knowledgeable professional who can educate them and be a sounding board. Clients feel free to ask me questions on a wide variety of things, including leasing or buying cars, the best mortgage for their situation, or how funding a child’s new business might impact their financial plan. Several times I’ve accompanied a surviving spouse to the county courthouse and walked them through the probate process.

I am proud to deliver what I believe is valuable financial guidance to clients in a more traditional sense, but I also think clients see me as willing to go above and beyond the typical advisor-client relationship.

My approach to financial planning reflects my experience of teaching philosophy to college sophomores at 7:15 a.m.—present complex issues in an easy-to-understand format, provide evidence to support recommendations, and ensure clients are engaged in the process.

My process is essentially the Socratic method—I learn through questions and conversation. I find many people feel that a financial questionnaire is like unwanted homework, giving it a half-hearted effort without the proper context. However, they welcome the opportunity to express their financial dreams and concerns in conversation. I get a thorough, qualitative overview of where they stand today and where they would like to go. After the conversation, they typically see the need for the required documentation and can more effectively pull that together.

“My process is essentially the Socratic method—I learn through questions and conversation.”

Once I have an understanding of where they stand, I explain some broad educational concepts. We talk about how they got to where they are regarding their assets and the many ways those assets can be deployed to generate income in retirement—clearly outlining how the distribution phase differs from accumulation. I explain longevity risk, as well as the importance of the sequence of returns and how that can impact a retirement plan. We discuss the historical cycles of the markets, the lessons learned from market crashes, and the critical nature of risk management—how to carefully balance risk and return in their portfolio.

We move into addressing the goals-based objectives of their financial and retirement-income plan, identifying priorities specific to their situation. I use my own spreadsheet methodology for examining different income streams and distribution scenarios. I walk the client through the scenarios, and we can make adjustments based on their assessment of the output. Do they have to save for longer than they expected? Can we accomplish all of their aspirations for retirement based on their resources? Can they retire comfortably at an earlier age than anticipated? This discussion is accompanied by looking at their needs in the area of protection strategies, such as life insurance and long-term care, as well as their legacy-planning goals. I am always seeking retirement solutions that make efficient and tax-advantaged use of a client’s assets.

What is your overall investment philosophy in retirement planning?

Each client is unique, and their investment plan will reflect their customized plan objectives, time horizon, risk profile, and other factors. That said, I often recommend a three-prong strategy consisting of a blend of dividend-paying closed-end funds, variable annuities with living benefits, and risk-managed tactical investment strategies.

The closed-end funds pay cash dividends whether the market is up or down, providing a source of income. We do not assume any capital appreciation for these funds, although that can often be the case. The important point is that these funds will not have to be liquidated based on market conditions, which helps counter sequence-of-returns risk. I can build a diversified portfolio of closed-end funds that usually can generate returns that are not far below the usual historical annualized return of the S&P 500.

Variable annuities with living benefits have several attractive features. I explain to clients that these products are akin to turning a 401(k) into a pension. While there can be restrictions on accessing all of the money as a lump sum, you can have a reliable income stream for the rest of your life, and your spouse’s life, just like a pension. And, unlike a pension, lifetime income can increase if the underlying investments do well. After the second spouse passes, heirs will receive the balance of the account.

The third leg of the overall strategic approach is tactical active management. Most understand active management as a money manager attempting to outperform an index. The evidence is that very few achieve this with any consistency.

However, the money manager I use doesn’t focus on attempting to outperform. Their philosophy of active management is to manage risk and “win by not losing,” which is a different philosophy than the typical active manager. And their historical risk-reward profile proves the value of their active management philosophy, which seeks to provide competitive returns while mitigating steep drawdowns. I use this piece to also help fund client income through periodic withdrawals.

How might you like a valued client to describe the experience of working with you?
I think they would say that Mark is a unique person as well as a unique advisor. All of my clients know something of my life story and that I taught ethics and philosophy at West Point. I believe they respect my knowledge, my unwavering commitment to their best interests, the fact that I do not present “textbook” guidance, and that I am always seeking innovative solutions for their planning needs. 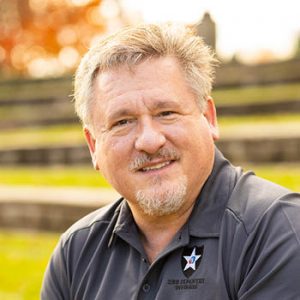 Mark Mensack, AIFA, is the founder of Phronetic Retirement Advisors, based in Malvern, Pennsylvania. Mr. Mensack’s advisory practice focuses on financial, retirement, and investment planning for pre-retirees and retirees. He is also the founder and chief ethics officer of Prudent Champion Inc., an independent fiduciary consulting firm.

Mr. Mensack was raised in the Philadelphia area. His father was a draftsman and facilities engineer, and his mother was a homemaker. Mr. Mensack graduated from the University of Scranton, where he had a double major in public administration and philosophy. He financed his college education with money he earned, student loans, and a two-year ROTC scholarship. Mr. Mensack also holds a master’s degree in philosophy from the University of Pennsylvania.

Mr. Mensack was a commissioned officer in the U.S. Army, serving domestically and in South Korea. He served in various command and staff positions and as a helicopter pilot. His final assignment was as an instructor of philosophy and ethics at the United States Military Academy in West Point, New York.

Mr. Mensack began his financial career in 1995, working primarily for Wall Street firms as a financial consultant. He became an independent financial advisor in 2009. Mr. Mensack holds the Accredited Investment Fiduciary Analyst (AIFA) designation through the Center for Fiduciary Studies. He has written the “401k Ethicist” column for the Journal of Compensation & Benefits and has been a contributor to many other publications. He is also a frequent speaker to industry organizations.

Mr. Mensack and his wife, friends since their college days, were recently married. They each have two adult children. They enjoy traveling and spending time with family. Mr. Mensack has been a volunteer and board member for several organizations related to the military, including the West Point Society of Philadelphia, the USO chapter of Pennsylvania and Southern New Jersey, and the Unsung Heroes Project.

Mark Mensack, AIFA, is the founder of Phronetic Retirement Advisors, based in Malvern, Pennsylvania. Mr. Mensack’s advisory practice focuses on financial, retirement, and investment planning. He is also the founder and chief ethics officer of Prudent Champion Inc., an independent fiduciary consulting firm.

Mr. Mensack says he has a somewhat unique approach to funding retirement income for pre-retirees and retirees. He says, “I often recommend a three-prong strategy consisting of a blend of dividend-paying closed-end funds, variable annuities with living benefits, and risk-managed tactical investment strategies.”

He says the benefits of each prong can be summarized as follows:

The sell-off in technology stocks was persistent last week and continued into Monday morning, Jan. 10. By the end of the trading day, the NASDAQ Composite Index had made a remarkable recovery. Said StreetInsider.com, “After falling almost 3% earlier in the day and as...

The ISM Manufacturing Index declined to 58.7 in DecemberThe manufacturing sector continued to expand in December, though at a slower pace, with 15 of 18 industries reporting growth.FIGURE 1: ISM MANUFACTURING—PMI COMPOSITE INDEXNote: Seasonally adjusted; 50+ indicates...

Steve Molesky, ChFC, CLU • Ellicott, MDStephen M. Molesky & Associates • Kalos Capital Inc.o cultivate new clients, we host many educational seminars for the public. We are not trying to sell anything,...