Providing a human touch for clients

Providing a human touch for clients

Proactive Advisor Magazine: Lannie, what is your approach to serving clients’ needs?

I may be a bit different from many of the advisors you have interviewed. I don’t have an elevator speech that talks about my mission statement. I take a humanistic approach with each client, working closely with them one-on-one or as a couple or family, in a way that encourages them to open up and share their true feelings and life goals.

I understand that individuals face unique challenges as they transition from accumulating assets to preparing for retirement. I want to help take the mystery out of preparing for both today and tomorrow. Whether they are seeking to build wealth, protect their family, or preserve their assets, my approach focuses on their needs, wants, and long-term goals.

I have over 40 years of experience in the financial-services industry helping to guide clients. I would like every client to feel that I am someone they would want to recommend to their mother or father, brother or sister, or their closest friend—not only on the merits of the professional services I have provided, but also in the way I treat them as individuals.

Give an example of how you put that into practice. 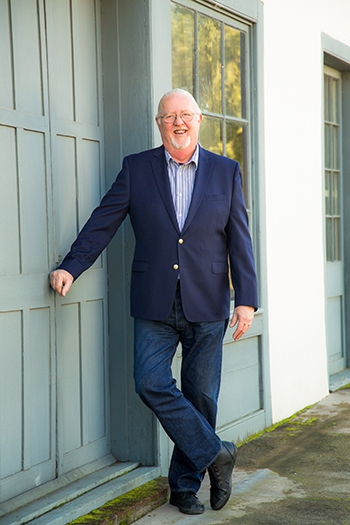 When I meet with a prospective client for the first time, I don’t have a set agenda or a preset notion of where the conversation is going to go. I use what I call my “yellow-tablet approach.” I have no clue what their issues are. I am literally starting with a blank piece of paper.

I ask them, “Why do you want to meet with me? What exactly is it that you’re trying to fix?” Because when a person comes in, he or she has a purpose. Ninety-nine out of 100 times that purpose is a problem they want to fix. But they don’t necessarily know how to relay the information to me. So, I just let them talk and share their concerns.

I take what they say and break it down. Many times their concerns do not reflect the real issue. It’s more of a symptom of the problem. They may be concerned about funding retirement. Well, “Why are you concerned about that?” It could be because they don’t have enough money in their pension account. Another factor may be because they’ve got too many expenses based on their current lifestyle. It could be because they have a child with special needs whose care is expensive, and they are worried about funding that both now and when they are gone. Their mortgage may have too high of an interest rate, and they haven’t refinanced.

See Related Article: Lessons from ‘the best investor in the world’

I can’t know the underlying causation of the issue until I really probe it. I want them to feel like they can open up to me, and that involves listening carefully and asking some tough questions. Once I hear what they think the issue is and understand the surrounding factors, I can break it down into identifiable issues that will create a path to solutions. My firm has access to many sophisticated tools and solutions through our broker-dealer and any number of third parties. But I cannot start to apply those solutions until we work closely together, and then translate their concerns into actionable objectives where we can measure progress over time.

On the flip side, let’s take the example of a client I have been working with for many years. I met recently with a couple that have been with me since the 1990s. Their financial plan is in good shape, but we enjoy getting together periodically to review the state of everything. It is a free-flowing conversation, almost like a discussion a family has around the dinner table. We will jump from discussing their estate plan to how they sadly had to cut down one of their favorite trees in their backyard, or how proud they are of seeing their grandchildren grow up. All of the important agenda items of a review are covered, of course, but it is how we get there that makes it so enjoyable—and I think defines my love of working with people as people, not just as clients.

Talk about the functional side of the services you provide in financial and investment planning.

I am not a fan of the word “holistic,” but that really does capture what I do. I work across the broad areas of cash-flow planning, strategies for tax mitigation, personal and family risk management through insurance planning, retirement-income planning, estate planning, and investment planning and management. I am a proactive advisor, focusing on ways to enhance my clients’ lives in whatever manner they need. I embrace technology and try to put it to use not only to help find sound solutions, but also to make the financial-planning process more efficient for clients.

I have a passion for estate planning. Early in my career, I devoted myself to studying intensely in the area. I have run training seminars for attorneys, accountants, and other financial advisors across the country. I am not going to draw up the papers for an estate plan and am not an attorney. But I think I have the ability to get at the heart of the real issues a client or couple faces in estate planning and can help guide them toward identifying the issues they need to discuss with their legal and tax team. 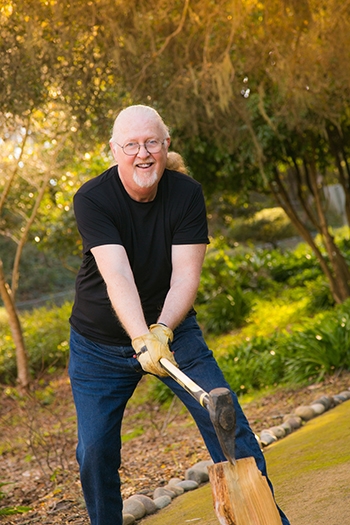 I am also a student of the financial markets and have been one for decades. The majority of client investment assets in our practice are advisor-managed. I believe in presenting clients with a range of different strategic investment approaches that reflect their risk profile, time horizon, and financial objectives. We examine the pros and cons of each approach, making it an educational exercise as well as a practical one. We want to arrive at solutions that are suitable, that clients can understand on a broad level, and that may work in different types of market conditions.

I am not a fan of passive investing. I use a variety of strategies for actively managing accounts. For example, if concerns are cropping up in the macroeconomic environment and technical indicators point to markets that are extended, I will recommend lowering risk exposure or reallocating assets. Fundamentally, I believe in the old saying “Buy low and sell high.” That is harder to do in practice than theory, so it is more a matter of making informed portfolio adjustments over time than ever being “all in or all out” of the market. I am conscious of the “sequence of returns” issue for clients and strive to make sure they are not selling deflated assets to fund their daily expenses. I emphasize the concept of risk management through systematic adjustments—I don’t believe anyone has a crystal ball that helps them see into the future. Using macro and micro research, technical analysis, and fundamental indicators may lead to better results than a passive strategy.

I have been exploring the increased use of third-party managers for clients. My immediate interest is in their capability to help manage client money in retirement accounts. I think the scale, research capabilities, and ability to execute that third-party managers can offer will lead to more client assets being managed on the outside. That is something I will discuss fully with clients, being transparent on the fees involved. I think it will be a trade-off that will make good sense for many clients.

“I want to help take the mystery out of preparing for both today and tomorrow.”
Are there any lessons that stand out over your long career?
There are many—I will mention one. When I first entered the business, one of my mentors said there are two critical points for any advisor: “When you get into the business and when the business gets into you.” I understood the first point, but it took me a couple of years to truly understand the second. I could not agree more. It is all about a total commitment to your craft and your clients. That is what I live by every day, in every interaction. I tell my clients, “It’s all about you.”

Getting started on a LinkedIn marketing program

Lannie Wright is the founder of Lannie Wright Financial Advisor, based in Carmel Valley, California. He says he “embraces technology” and has always been an “early adopter.” He believes social media is key to developing new client leads. He has seen the number of initial appointments leap higher for his firm through his use of targeted social media marketing using LinkedIn. (See his blogs on the topic here.) Mr. Wright’s articles provide detail on six steps to using LinkedIn effectively: 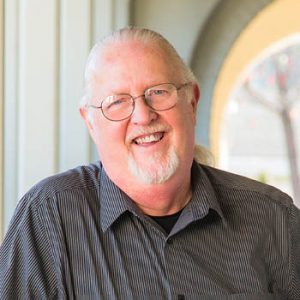 Lannie Wright is the founder of Lannie Wright Financial Advisor, located in Carmel Valley, California. He has over 40 years of experience in the financial-services industry. He says, “I offer financial, estate, investment, and retirement planning to clients seeking professional guidance for the first time or those who simply want to get a fresh perspective on an old problem.”

Mr. Wright was raised in a small town near Dayton, Ohio. His father was a truck driver and his mother was a homemaker, caring for the family’s six children. He says, “Although money was tight and everyone pitched in by working, we had a great time together as a family.” Mr. Wright was a talented track athlete in high school, setting a school record in the mile and running in the state championships. He says he was a good student, acted in school plays, was in the choir, and played in a rock and folk band.

Following high school, Mr. Wright joined the U.S. Army. He attended military nursing school, later working in surgical intensive care units. He achieved the rank of sergeant in his four years of service. Mr. Wright attended Penn State University after the military, intending to pursue a medical career. He says, “To support our family, I worked part-time in sales and found I was quite good at it. When I was offered a position in the financial-services field, I was excited to try a new career path.”

Mr. Wright acquired extensive experience in the insurance, annuity, and investment areas, working for New York Life for five years before becoming an independent advisor. His career has included involvement in the early stages of financial-planning “kiosks” and delivering training seminars on estate planning. He actively uses social media in branding his practice and building networks. He is a member of the Financial Services Institute.

Mr. Wright has been married for 19 years and has two adult children. He was a Presbyterian lay pastor and currently supports the Carmel Mission Foundation. He has studied martial arts, is an author of mystery novels, and is a frequent blogger. He enjoys woodworking and spending time outdoors “in the beautiful Carmel Valley area.”