Proactive Advisor Magazine: Jim, how do you see your overall mission in working with advisory clients?

We partner with our clients to provide comprehensive, personalized, and goals-based financial planning. We work closely with clients to first outline what we call their “Guiding Principles.” We then use these guidelines, along with our technical experience and a range of financial tools, to develop an action plan to help them achieve what is important in their financial lives.

I feel fortunate to have worked in different areas within the financial industry, which has provided a rich background. I have worked hard to build upon these experiences and the continuing education that I have pursued. This allows me to speak confidently with clients in a fiduciary capacity, which means putting their needs ahead of mine. I believe the success in a client relationship is built upon education, communication, and collaboration.

I strive to make sure clients feel they are working with a highly professional and knowledgeable resource—someone who can guide them through complex financial decisions in a way they can understand and that can add significant value to their financial well-being.

I start with an extensive conversation around the “Guiding Principles” and discovery of important financial data. After getting to know each other on a personal level, I will ask questions about the big-picture areas with a client or client couple:

This type of conversation helps provide the framework for setting objectives in a broad sense. From there, we enter into detailed discovery and assessment on areas such as cash flow, risk management, wealth management, and estate planning. We first look at the factors that will establish a strong foundation for a financial plan: Does the client have a good budgeting process in place, adequate cash flow, and manageable debt levels? Is suitable insurance protection in place for life and health, as well as real property? Does the client family have contingencies covered in case of an emergency, death, or a disability? Are plans in place for college funding?

From there we examine current assets and liabilities, their Social Security situation, retirement fund or pension projections, and other potential income streams. This leads to a candid discussion about expectations for a retirement lifestyle and what it will take from an income perspective to get there. Finally, we discuss goals for legacy planning and wealth transfer. In the course of this discussion, I want to probe both tangible goals, such as purchasing a vacation home or helping with grandkids’ education, as well as the client’s aspirational goals for themselves and their family.

The outcome of this type of discussion is truly establishing those “Guiding Principles”—objectives that will inform the development of a financial plan. I provide flexibility in how the actual financial plan is developed and offer clients two options. The first is a streamlined process working directly with me, where I will employ my own process honed over many years. The second is a more comprehensive plan, which is developed in consultation with the planning group at Lincoln Financial Advisors. I believe both alternatives are valuable, and there is really no wrong decision. It comes down to what they are most comfortable with and, in some cases, the complexity of their financial situation.

What is your broad philosophy of investment planning? 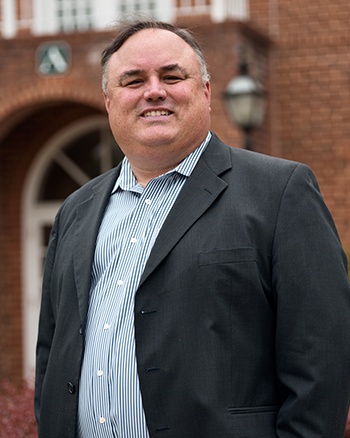 I have several principles that I share with clients in the discussion of investment planning.

First, investment planning should be a natural outgrowth of the overall financial-planning process. It needs to be goals-based and should factor in clients’ planning objectives, their time horizon, their risk profile, and a variety of other considerations.

Second, I think managing risk is critically important. The 2008–2009 period was a brutal wake-up call for many people in confronting market risk. That said, I think memories can be very short. Some clients understand that markets can be volatile but have lost sight of the fact that a situation like 2008 can readily occur again—we just do not know when.

Someone who retired in 2007 with no strategies in place to mitigate risk could still be waiting for their retirement-income plan to recover. I spend a lot of time educating clients on this topic, reviewing market history and the “retirement red zone.” The retirement red zone is an industry term for the five years before and after retirement, when the impact of the sequence of returns will be greatest for retirees. Substantial losses during this period can dramatically increase the probability of someone running out of money in retirement. Whether a client is too complacent about risk or too fearful, I think it is important to review historical risk factors and what might happen in the future, and to show how an investment plan can be constructed to mitigate risk.

A final important concept is my belief in having different approaches to portfolio diversification. This fundamentally starts with modern portfolio theory, establishing a diversified portfolio allocation that can theoretically deliver suitable returns at an acceptable risk level. But I think diversification needs to go deeper than that. We saw in the last market crisis that virtually all asset classes went down together over the same period of time.

I work with third-party managers who have various tools for mitigating market risk, usually through sophisticated algorithmic models that can guide a strategy to change course depending on market conditions. That could mean adjusting allocations and market exposure, or even going to cash. A variety of managers can add value, and each might have a different approach to their overall investment philosophy and risk mitigation. So, diversification can also mean diversifying by different types of strategies and different investment management approaches. It can also mean shifting some of the market risk to an annuity, if appropriate for a given client. The point is that we have many financial tools available to help our clients diversify their portfolios and mitigate risk as we seek to achieve competitive and goals-based returns. I want to educate clients on the available options, how they can work together, and how they can help them in pursuit of their financial objectives.

How are you addressing growth objectives for your firm?

I began my relationship with Lincoln Financial Advisors in 2016, and I am very grateful that we came to work together. I am pleased with the relationship and the resources they provide. One of the benefits is working in an office with other Lincoln advisors. It is great to have peer-to-peer interaction, and we also jointly host informational seminars for clients and their guests. That helps strengthen current relationships and can also lead to introductions to potential new clients.

For several years, I worked exclusively with active members of the military and veterans. This network of clients continues to provide opportunities for introductions. But for the past eight years, I have expanded well beyond military clients. I have no set criteria for new clients except that they be open to financial education and show a willingness to work closely together to improve their financial outlook. I make a special effort to get to know the children of current clients and am gratified that many are now working with me.

I also have been making inroads into the small-business market, focusing on areas such as group benefits and business exit strategies. It is a growing area and can be doubly rewarding in that a business owner might first bring me in for business consulting and then later establish a personal financial-planning relationship.

The bulk of my new client development comes from personal referrals. I am not shy about talking to clients about my goal of controlled growth of my practice. I want to grow to a certain point while making sure I am not taking away from the time needed to provide highly personalized guidance to current clients. During review sessions, I often ask clients what they find most valuable in our discussion and our work together and if they know someone who might benefit from meeting with me. Referrals have been the lifeblood of my practice, and I think that is a strong endorsement of my focus on client education, excellent service, and a collaborative approach.

Jim Metzbower is a financial advisor and a registered representative at Lincoln Financial Advisors. Mr. Metzbower says he emphasizes an educational and collaborative approach in working with clients to further their financial well-being. His financial-planning process begins with an extensive conversation around what he terms “Guiding Principles” and discovery of important financial data. These principles, listed below, cover several important areas and provide the foundation for developing a goals-based financial plan:
Recent Posts: 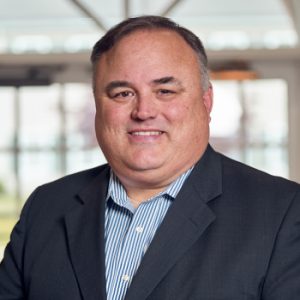 Jim Metzbower is a financial advisor and a registered representative at Lincoln Financial Advisors. Mr. Metzbower says he applies “a deep background in the financial industry, an educational and collaborative approach, and proactive service and communications” in working with clients to further their financial well-being.

Mr. Metzbower was born and raised in Baltimore. His mother was a nurse and his father was an accountant. He says he was very close to his grandfather and was influenced by his “entrepreneurial spirit and love of fishing.” Mr. Metzbower was a strong student in high school and an accomplished lacrosse player. He attended Washington and Lee University, where he played lacrosse, earned a degree in psychology, and took courses in business management.

Mr. Metzbower began his financial career at First Virginia Banks. He worked there for 15 years in positions of increasing responsibility and managerial roles. He then joined First Command Financial Planning, where he spent four years as an advisor specializing in assisting active duty military members and veterans. He became an independent financial advisor in 2012 and became a registered representative with Lincoln Financial Advisors in 2016. Mr. Metzbower was listed in Baltimore Magazine as a Five Star Wealth Manager in 2016, 2017, and 2018.

Mr. Metzbower and his wife have two daughters. He is active in the VFW organization and a frequent volunteer. Mr. Metzbower supports the Cool Kids Campaign Foundation, a nonprofit organization that helps children with cancer and their families. He has been a recreation league coach for soccer and lacrosse and enjoys snowboarding, mountain biking, and “fishing for whatever is running in the Chesapeake Bay.”