With Walmart (WMT) delivering its earnings report last Thursday (Feb. 18), the majority of major company earnings releases for Q4 2020 have been delivered.

What Bespoke means is that the market’s immediate reaction to many earnings reports was more negative than usual, despite an overall very positive trend for earnings and revenues coming in above expectations.

“Despite trouncing revenue estimates, WMT missed EPS forecasts by a relatively wide margin and dropped more than 6% in reaction to the report in what was the second worst earnings reaction for the stock in the last 20 years.

“While this earnings season wasn’t nearly as disappointing as WMT’s report, it was a bit of a letdown. … In terms of the EPS beat rate, while the pace has ticked down a bit, it remains right near its record levels. The rate of revenue beats has been even more impressive and is actually at new record highs. Finally, the percentage of companies raising guidance has dropped a bit from its record highs, but at a net of 27.9% also remains right near its recent record highs.

“Based on actual results relative to analyst expectations, this earnings season did not disappoint! While companies had no problem topping analyst forecasts, investors were looking for more.

“Of the 1,209 [largest] companies that have reported earnings since mid-January, they have gapped up an average of 0.36% at the open, but from there the sellers have stepped in, taking the stocks down an average of 0.93% from the open to close for a full-day decline of 0.59%.” 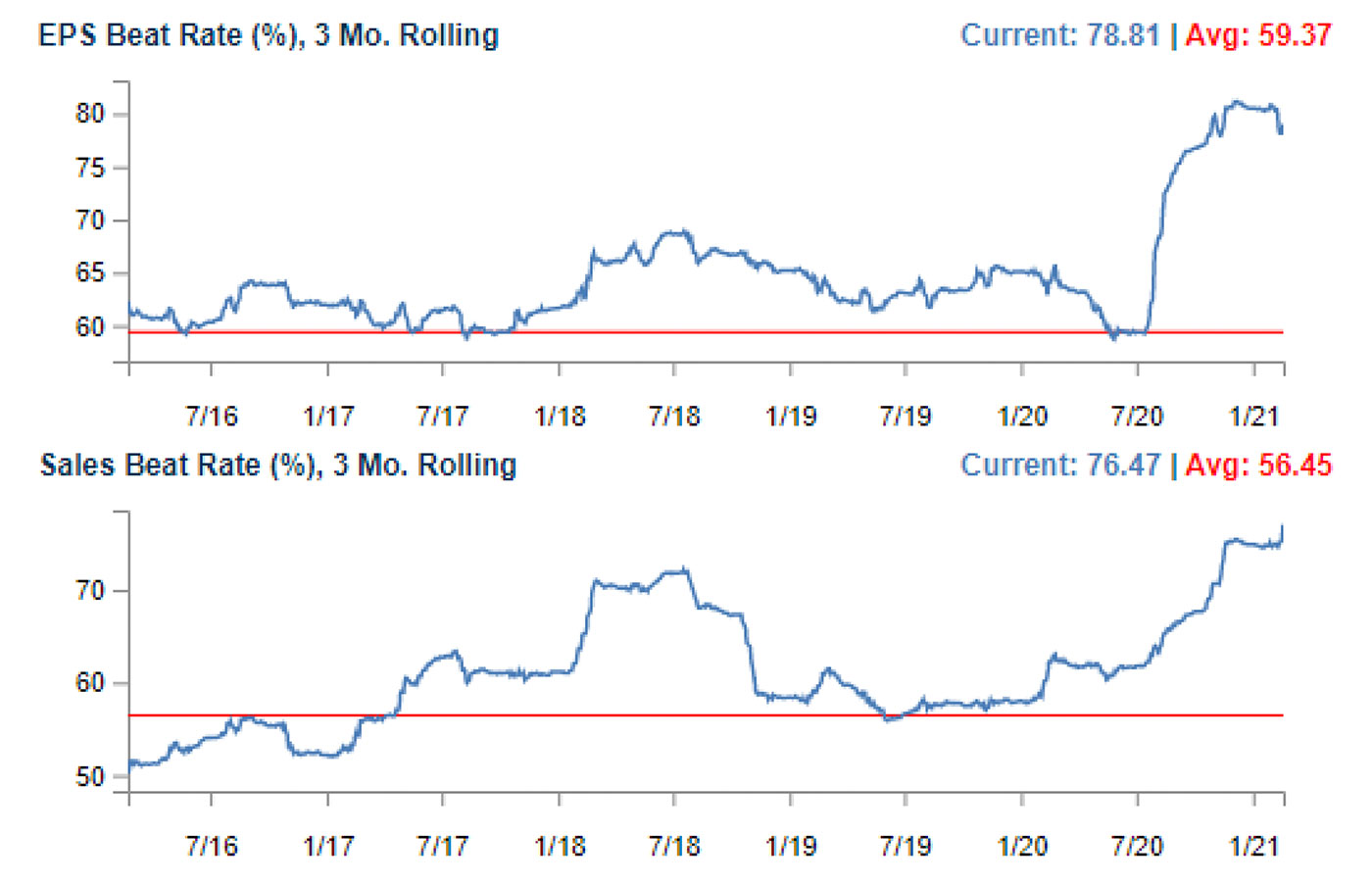 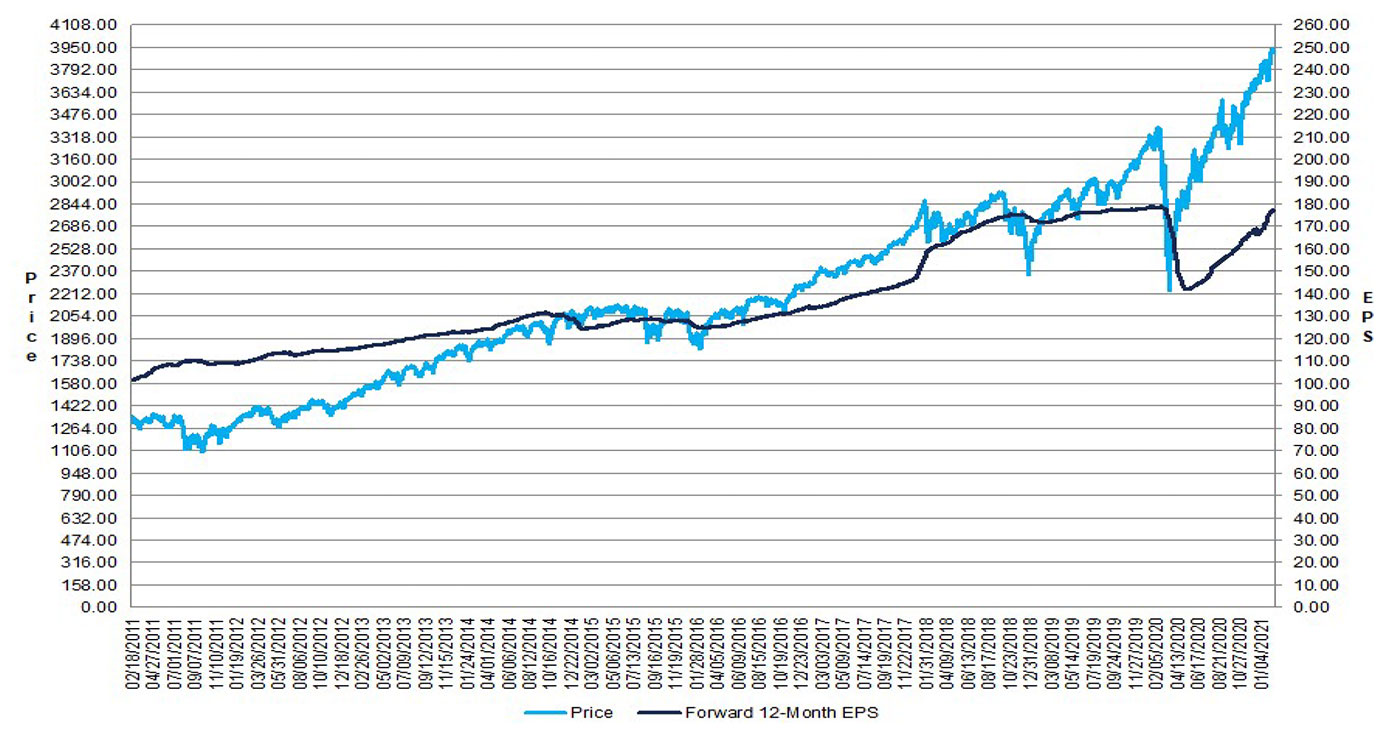 Over the weekend, Barron’s asked how the S&P 500 could show overall earnings growth for the fourth quarter, while the U.S. economy declined by about 2.5%.

Barron’s answer lies mostly in how the composition of the S&P 500 and the dominance of a relatively few companies affects the overall results:

“… The economy, measured by gross domestic product, puts more emphasis on still-struggling industries like restaurants, whereas the S&P 500 is dominated by thriving tech giants Apple (ticker: AAPL), Microsoft (MSFT), Amazon.com (AMZN), Alphabet (GOOGL), and Facebook (FB). Last year, these grew revenue by 18%, versus a 5% decline for the other 495 members of the S&P 500.”

That said, the same article noted comments by a well-known strategist, who sees more upside to both corporate earnings and U.S. equities: