An oversold 10% trend of daily A-D

The chart in Figure 1 is one of many that show the oversold situation that has recently appeared. The 10% trend of the daily A-D (advances-declines) difference dipped to -579 on Dec. 1, which is officially “pretty darned oversold.”

FIGURE 1: NYSE COMPOSITE TREND AND 10% TREND OF THE DAILY A-D 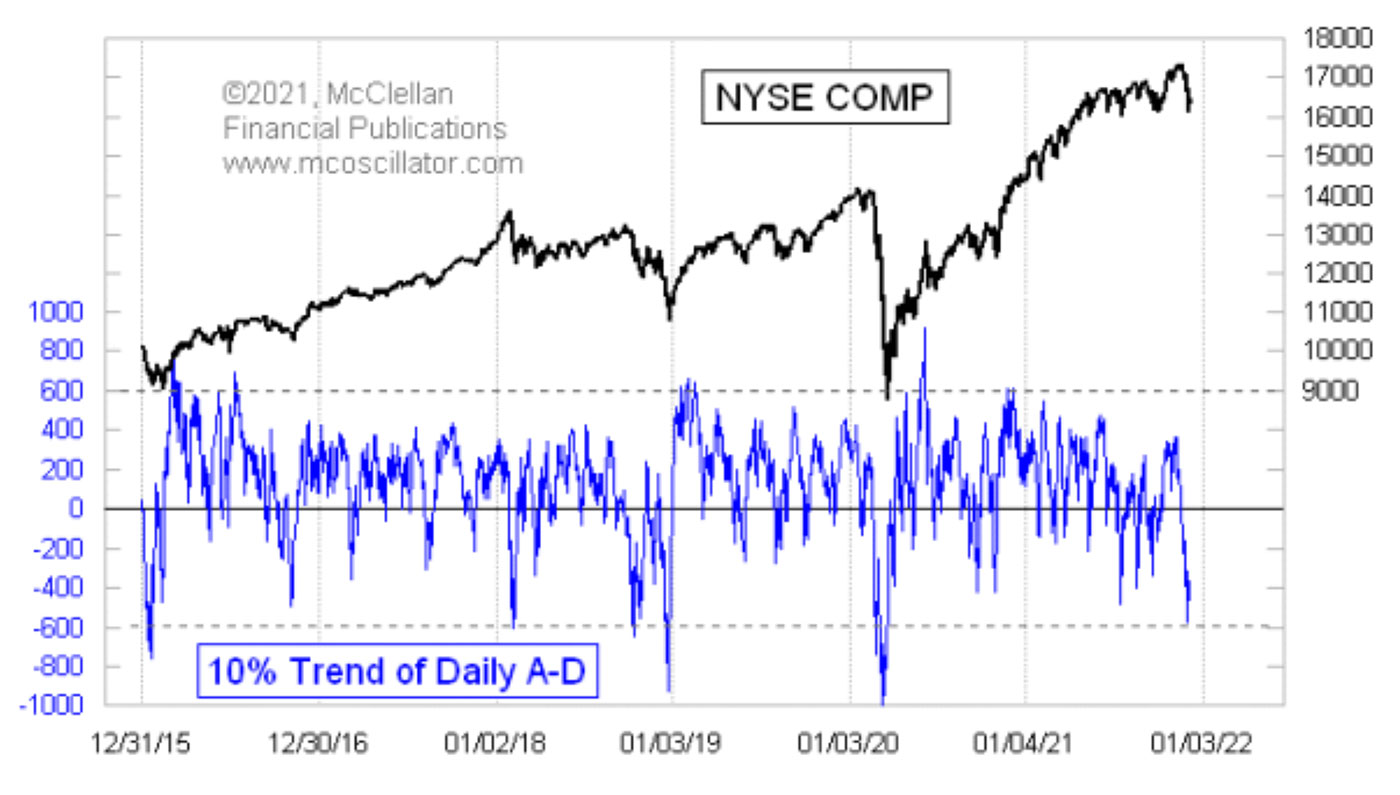 The 10% trend of daily A-D is one of the components for calculating the McClellan Oscillator. The other is the slower 5% trend. That percentage reference is known as the “smoothing constant” for the calculation of the exponential moving average. The following figure and explanation help illustrate this principle. 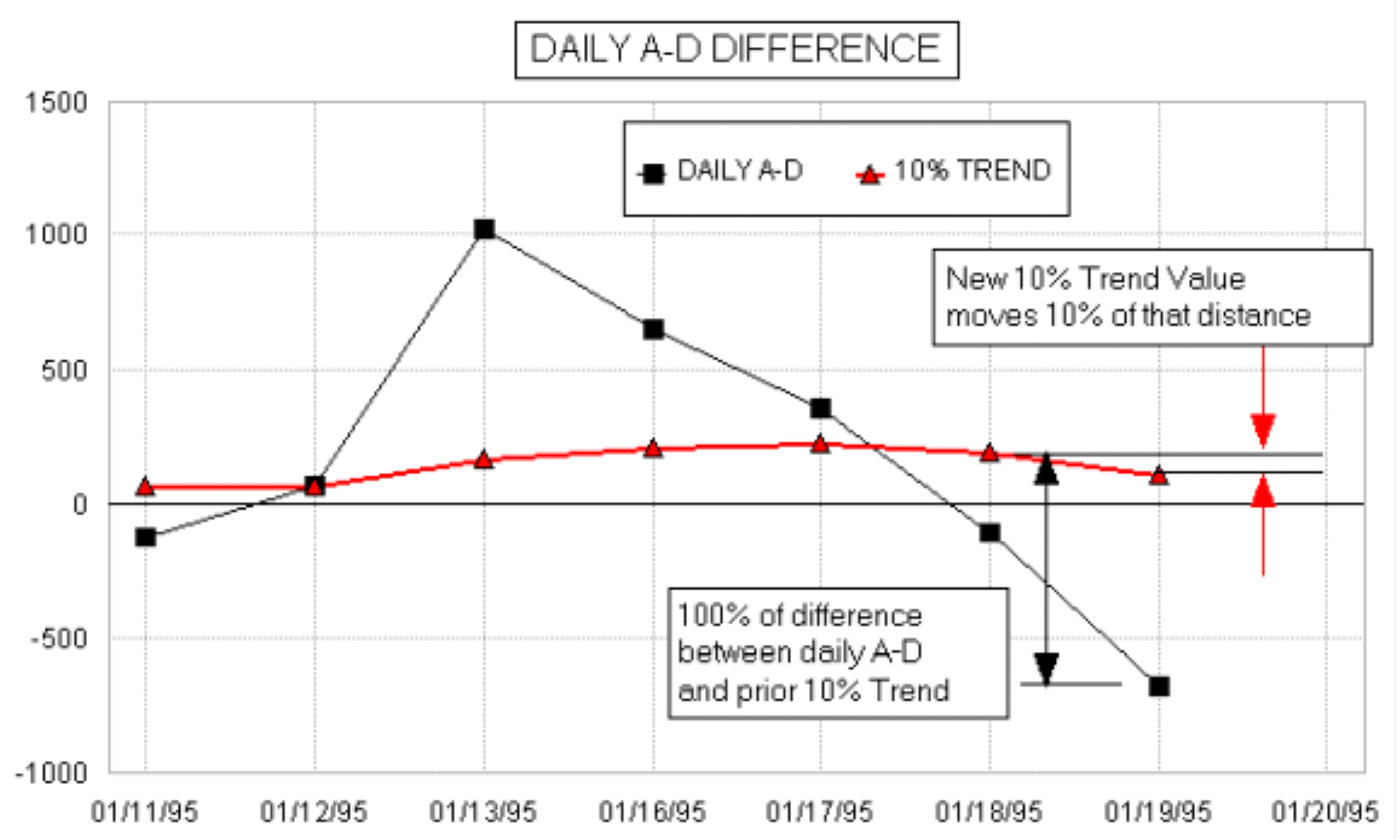 My parents, Sherman and Marian McClellan, took up the use of the 10% trend and the 5% trend of daily A-D in the late 1960s because they were followers of the late P.N. “Pete” Haurlan. He was an actual rocket scientist at the Jet Propulsion Laboratory (JPL) in Pasadena, California, back in the 1960s, who worked on the gravitational slingshot calculations for getting space probes like Voyager out to the far reaches of the solar system. In his spare time, he coded the JPL computers to track stock prices. He was the first person west of the Mississippi to use a computer for stock market analysis.

Haurlan introduced the world to the use of exponential moving averages (EMAs) for tracking stock prices, a bit of math that had only been first contemplated in 1957. See this for some of the history.

Haurlan advocated using round-number smoothing constants like 5%, 10%, 20%, and so on, because he knew that most of his followers were doing their EMA calculations by hand, and using round-number smoothing constants made the math easier. He even used the 10% trend of daily A-D in his Trade Levels newsletter, calling it the “Haurlan Index” without divulging publicly what it was based on. That newsletter would feature the EMA values of daily A-D numbers and other indexes on their own.

The key insight that my parents came up with in 1969 was to look at the difference between two EMAs, the 10% and 5% trend of daily A-D, which came to be known as the McClellan A-D Oscillator. Interestingly, 1969 was also when another analyst named Gerald Appel in Great Neck, New York, also thought to look at the difference between two moving averages, leading to his “Moving Average Convergence-Divergence” or MACD indicator. There was no communication between them; it was just a little bit of technical-analysis serendipity across 3000 miles’ distance.

Exponential moving averages respond faster to trend changes than simple moving averages (SMAs). In an EMA, the most recent data are weighted more heavily, whereas in an SMA all data points in the lookback period are weighted equally. See this for more about that difference in calculations.

Turning back to the chart in Figure 1, a deep reading like this is a good indication of an oversold condition. But just knowing that the market is oversold is not enough. The market can always get more oversold if it wants to. And even when an oversold low does matter, it may not be the final word. There can be a relief bounce, followed by even more selling.

It would be nice if the market would serve up nice clean answers all the time, but that is not the market we get to play in. It usually takes a 10% trend reading a lot lower than what we have just seen to mark an exhaustive bottom for stock prices.