Keith Herman: David and I have over 50 years of combined experience in the financial-services industry. We each bring different skills and strengths to the firm. We believe that our backgrounds in the financial markets, investment management, insurance planning, and estate and retirement planning bring added value to our clients. We provide comprehensive financial-planning services and have extensive experience in personal and professional liability, investment-risk minimization through portfolio planning, and investment integration and tax mitigation.

Our ability to apply this knowledge to client-focused planning and strategies differentiates our firm. We seek to provide clients with high-quality information, services, and products that will help them progress toward their goals.

David Chalmers: Our customized approach to financial planning translates to the core mission for our firm: putting clients first through the development of strategies that are aligned with clients’ needs, goals, and aspirations. If you put your clients first, everyone wins.

We have focused on nurturing and growing long-term relationships and leveraging the strengths of each member of our team. Keith is analytical and has tremendous hands-on experience with investment management. My background is more in the areas of financial planning, retirement-income planning, and insurance. One of our associates is an experienced tax professional. We also have relationships with trusted professionals who can supplement our team on an ad hoc basis. Understanding and helping our clients achieve their objectives—what they are trying to accomplish and how they can get there—is our goal. It’s that simple from a philosophical perspective.

Talk about your financial-planning process. 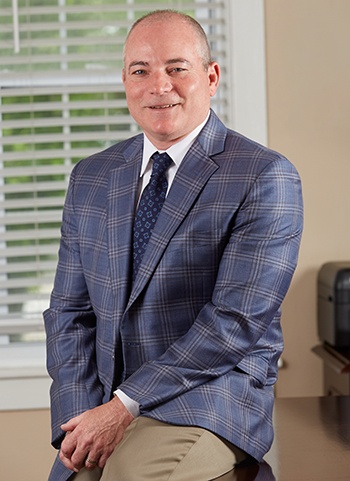 David: Keith and I both have many years of experience and have both earned certificates in financial planning from Fairleigh Dickinson University’s program. We use a disciplined process in planning for our clients: discovery and data-gathering, analysis of the client’s current financial situation, establishing objectives, presenting and educating on key recommendations, creating an implementation plan, and periodic assessment versus goals.

Keith: As part of the process, we have the option to use two analytical software programs. One is object-oriented financial-planning software. It is interactive and highly visual. It is a great tool for allowing clients with relatively straightforward situations to see what their financial plan might look like now and projected out for 10 or 20 years. The second software program is more appropriate for complex financial-planning situations, especially for business owners.

No matter what the complexity of the planning situation, we take a customized approach for each client. It is important to not only help clients articulate their aspirations, but also to help them set realistic and attainable goals. I have received training in the behavioral finance area, and that has been helpful in taking clients through these discussions and in determining accurate risk profiles. An early part of our discussions addresses the state of clients’ wills and power of attorney instruments. It does little good to develop a comprehensive financial plan if those types if issues are not taken care of first.

“The importance of developing a customized plan for each client cannot be overstated.”

David: The importance of developing a customized plan for each client cannot be overstated. We do a good amount of work with individuals or couples who might have traditional pension plans. They often are police officers or teachers. Their needs might be oriented toward creating tax-preferred income strategies for retirement. We also work with many relatively high-income and high-net-worth clients, such as physicians, who may benefit from deferred compensation strategies. We have clients who have special-needs children, and we have an excellent resource who helps provide guidance for those types of clients, along with estate attorneys that we work with.

Keith: We are also focused on risk protection for clients. Most people think about risk only in terms of their investments. Too many advisors, in my opinion, focus heavily on the investment side of the equation and avoid the difficult conversations about life insurance and long-term health-care insurance. We want to make sure our clients are well-informed about these areas and can make educated decisions. We look at how tax-advantaged retirement-income strategies, life-insurance strategies, legacy-planning strategies, and long-term health-care strategies can all work together cohesively.

Describe your approach to investment planning.

David: Investment planning is a natural outgrowth of a client’s overall financial plan. We need first to determine the role of an investment strategy in the context of their plan. What is their situation regarding potential streams of income for retirement? How much income will they need relative to their assets? What is their risk profile? Do they have legacy considerations? What are the important tax considerations? Do they have adequate risk management in place? When we analyze their overall financial situation and goals for the future, that will drive the direction of investment planning. We have many tools at our disposal and, as fiduciaries, no bias on what a suitable investment plan will look at—other than it should help the client meet his or her objectives. 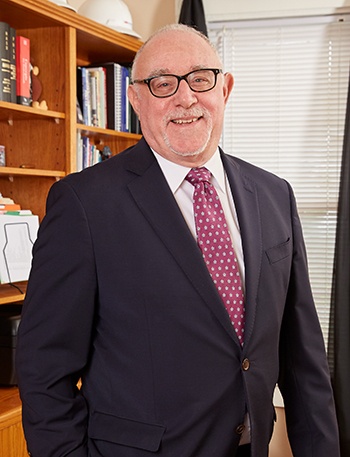 Keith: I spent over two decades as an independent trader at the Philadelphia Stock Exchange, trading equities, options, and other instruments. I learned many lessons about investing and the markets. Three are important to those entrusted to help guide clients with their investment portfolios: (1) Never rely solely on a single strategy or approach. (2) Worry more about the potential for loss than the potential for profit. (3) Be adaptable to current market conditions and what opportunities and risks exist at the present time. Without question, I believe clients should have some level of active management as part of their overall investment plan.

Next is our focus on risk management. That is an outgrowth to a certain degree of diversification, but it also means using fundamental and technical analysis to monitor the risk of individual positions or strategies within the present market environment. It also means having a plan in place for active risk management, which could be a stop-loss approach. Or it could be more technically driven analysis that could call for changing allocations or levels of market exposure, depending on market conditions. Where appropriate for a client, we may use the services of third-party investment managers. We carefully scrutinize these managers, looking at their investment philosophy, history and track record, the consistency of their management style, and the discipline of their investment process. We do think their experience and methodologies can add value for our clients.

In just a few words, how ideally would you like clients to describe your firm to a friend?

David: That we always place their best interests at the core of everything we do—we are a very client-focused firm.

Keith: I hope they feel we are experienced and knowledgeable and use our combined resources to add significant value to their financial lives—both now and in the future.

David Chalmers and Keith Herman are managing partners of Haddon Financial Solutions, located in Haddon Township, New Jersey. They say their firm is “committed to maintaining the highest standards of integrity and professionalism in relationships with clients.” Their business model delivers comprehensive financial-planning services to individuals, couples, and businesses. They provide “access to a broad range of financial products and services,” either directly through their firm or other trusted professionals they work with, which include the following:
Recent Posts: 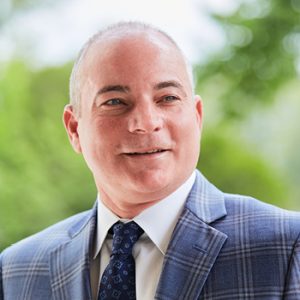 Mr. Chalmers began his career with Mellon Bank and American Express Financial Advisors and joined Prudential Financial in 1998. He left Prudential in 2006 to become an independent financial advisor, later founding Haddon Financial Solutions with Keith Herman. He has earned the designations of Certified Wealth Strategist (CWS) and Accredited Investment Fiduciary (AIF) and holds a certificate in financial planning from Fairleigh Dickinson University’s program.

Mr. Chalmers, his wife, and two children reside in Cherry Hills with their three dogs. Mr. Chalmers “loves animals and rooting for the local professional sports teams.” He volunteers with animal rescue organizations. 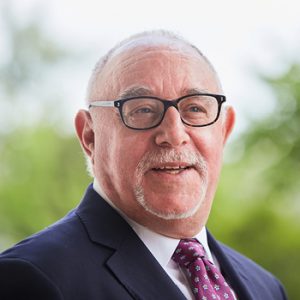 Keith Herman is a managing partner of Haddon Financial Solutions. He says the firm, founded in 2013, is “committed to maintaining the highest standards of integrity and professionalism.”

Mr. Herman was raised in southern New Jersey, where his father was a sales representative for a transportation company and his mother was a homemaker. He was a wrestler in high school and an honors student. He attended the University of Tennessee at Chattanooga and took economics courses at Rutgers University.

Mr. Herman spent his early career in the transportation industry, in operations management. He was recruited to work at the Philadelphia Stock Exchange (PHLX), becoming president of a trading firm. His 21-year career at PHLX included ownership of multiple seats, and he traded equities, options, and currencies. He then became an independent financial advisor and was co-founder of Haddon Financial Services in 2013. Mr. Herman has earned the designations of Certified Wealth Strategist (CWS) and Accredited Investment Fiduciary (AIF) and holds a certificate in financial planning from Fairleigh Dickinson University’s program.

Mr. Herman has served on the Cherry Hill Board of Education, including two terms as president. He has held several positions related to the Camden County and New Jersey School Boards Associations and other public service positions. He is a past chair of the Cherry Hill Education Foundation and is a trustee of the Masonic Charity Foundation. Mr. Herman and his wife have three children and one grandchild. In his spare time, he enjoys spending time with his family, working out, and reading.