Proactive Advisor Magazine: Robert, how do you articulate your mission in working with clients?

The reason I decided to start my own firm in 2000 was to be able to focus 100% on the needs of clients, unencumbered by any artificial pressure to make a production number or limitations on the products I could offer clients. Being independent provides the capability to put together strategies from a wide universe of providers and having autonomy in crafting customized and well-diversified strategies for clients.

I believed then, and still do, that my job should be totally about taking care of my clients. It’s their life. If I can help them pursue the things they want with what they have, for the rest of their lives, then I’m offering a highly beneficial service. One of the things that I focus on with people is what’s going to be important to them 10, 20, or 30 years from now—and to the legacy they would like to leave. And then I work with them to figure out which tools will give them the highest probability of reaching well-defined goals. Money itself doesn’t have any value. Its value comes from what it can do for you and how you can use it to help yourself and others.

There always has to be a cost-benefit analysis in financial decision-making that weighs both quantitative and qualitative factors. I recently had a situation where a client and his wife wanted to help their children pay off their home mortgages. On a pure numbers basis, given the substantial assets that would ultimately be left to the children, this was not the most ideal financial decision right now. But it was something they really wanted to do and it provided great happiness to them. So we found a way to make it work in a financially sound and tax-aware manner.

This same point applies to investment planning. If it were strictly a numbers game, then my job would be infinitely easier. We have the tools to construct investment plans with the highest expected return over any given time frame. But will that plan make clients really comfortable and ultimately happy? Could they stick with a plan that has investment exposure to steep drawdowns? We have to consider their investment plan from a behavioral and risk-management perspective, while also striving to help them meet their future quantitative goals. It is an important balancing of risk and reward. This is where I think a good financial advisor adds value to the process.

Talk about your broad approach to the financial- and retirement-planning process. 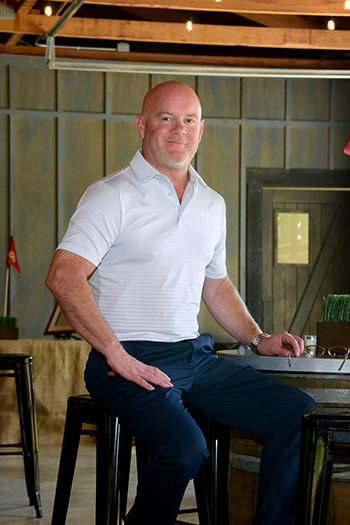 The first thing I want to know when I meet with a prospective client is what drove them to request a consultation. What are their areas of concern? Because, typically, people rarely change or think about a financial plan unless they have a top-of-mind issue. I want to thoroughly discuss the area of their financial life that they are most concerned about right now and is creating the most stress. It could be one or two very specific “in the moment” issues or a more generalized feeling of being unprepared for retirement. I want to get that out on the table and hopefully be able to create a sense of confidence that our firm will be able to help them address their concerns.

From there, we take a more in-depth and comprehensive look at what’s going to matter to them the most in the short term, then going forward for several years, then throughout their retirement years, and what they would like to ideally leave as a legacy. This starts with a thorough financial discovery process, and we have a specific process for getting at that. But the qualitative discussion around these issues is really the key element to laying the foundation for setting tangible financial goals.

For example, a successful retirement has a different meaning for different people. Will it include working part-time? Does it mean more time to devote to grandkids, or more time for leisure and travel? Pursuing a lifelong dream to start a business or relocating to a vacation home in a different area? Being able to devote time to charitable enterprises and working as a volunteer? Whatever the answer, the first step is to help a client identify their objectives, quantify their future income needs, and develop a plan—using all available resources—to meet those needs.

I use sophisticated financial-planning software to examine plan alternatives for clients and to help in the process of assessing their risk profile. This is essentially a goals-based approach, as I can analyze potential income streams and available assets and compare this to future income needs using various return and asset-allocation scenarios. I spend time educating clients on how impactful the sequence of returns can be to their retirement future. We work collaboratively to assess the pros and cons of different plan options and come to agreement on the path forward. While the planning process helps me to analyze many complex factors, the final output is a relatively brief, user-friendly plan document. This outlines the client’s current situation, the goals they are looking to achieve, and the action steps moving forward. 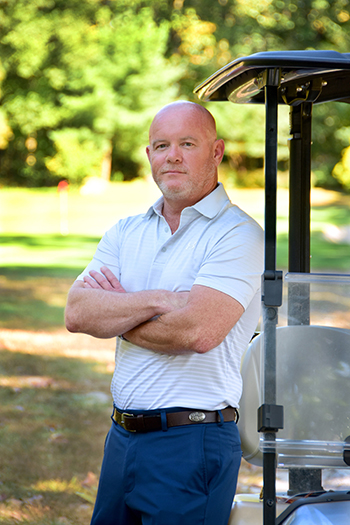 My philosophy is driven by all of the factors discussed in the financial-planning process. What are the goals we are looking to help the client achieve? What is their qualitative attitude around risk, as well as their capacity for assuming risk—especially in the first few years of retirement? What time horizon are we looking at? And what is the balance between the need to fund retirement income versus the desire for a more growth-oriented investment plan?

In a broad sense, one of the key elements of my investment philosophy is a belief in the value of tactical investment management offered by third-party managers. I am referring to rules-based strategies that rely on sophisticated investment models and indicators that can adapt to changes in the investment environment. It is not an approach of manager discretion. Rather, these objective models will constantly analyze a variety of data points and adjust market exposure accordingly.

One of the priorities is risk management. If market or sector conditions deteriorate, a specific strategy can adjust allocations, reduce exposure, or go predominantly to cash. This is something that is just not possible with a typical mutual fund. I think it is an excellent way for people to participate in the market with a degree of risk management that a purely passive portfolio approach does not offer. The objective is to capture market upside during favorable periods and help reduce risk exposure during more uncertain periods.

A typical allocation for one of my retirement clients with a moderate risk tolerance might consist of some form of annuity, most likely one with limited or no downside exposure; growth-oriented mutual funds; and tactical, risk-managed strategies. I believe in the value of having not only diversified asset classes but also diversified management styles among strategies.

“My job should be totally about taking care of my clients.”

I think 2020 was a great case study for how such a blended approach can work to the client’s benefit. The tactical strategies we were using saw much lower drawdowns than the market indexes during the worst of the first quarter of 2020. And for the full year, clients were generally able to see competitive returns. While we always have to educate clients that past performance is no guarantee of future performance, I think the probabilities for long-term investment success are enhanced with this approach. We know that investors may make poor decisions during times of extreme market stress and uncertainty. If their portfolio construction can work to mitigate risk and downside exposure, reinforcing their comfort level, I believe they are more likely to stick with their investment plan through multiple full market cycles.

Briefly, what would you ideally like a client to take away from the experience of working with you?

I am very proud of the fact that several of my clients today started with me during my first brokerage position close to 30 years ago. While I cannot speak for them, I hope they would say they have enjoyed working with me, that they trust that I am looking out for their best interests, and that I have helped them accomplish what they were looking to do. Most importantly, I hope they believe that their financial decision-making has helped them enjoy their life as they want. I think it all comes back to that. 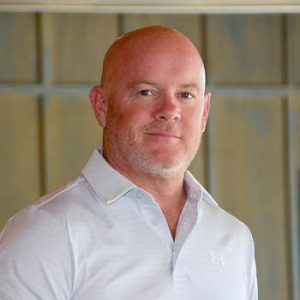 Robert Norton is an LPL Financial advisor and the founder and principal of Norton Wealth Management, located in Hammonton, New Jersey. A financial professional since 1992, Mr. Norton started his independent firm in 2000. He focuses on providing investment-management and retirement-planning services for retirees and pre-retirees as they pursue their financial goals.

Mr. Norton was born in Long Branch, New Jersey, and grew up in a number of towns in the eastern portion of the U.S. His father was an area manager for different oil and gas companies and covered several territories during his career. Mr. Norton has two brothers and a sister. He says, “We had a close-knit and education-oriented family and enjoyed the experience of living in different areas.” He was an accomplished wrestler in high school and college, attending Clemson University on an athletic scholarship. He earned a Bachelor of Science degree from Clemson’s College of Commerce and Industry (now the College of Business).

Mr. Norton started his financial-services career with Merrill Lynch as a registered representative in their professional development program. He received extensive training there and says the experience provided a strong foundation in the investment industry. He later worked for an independent brokerage firm and in the banking channel as an investment representative before establishing Norton Wealth Management. He has received the Five Star Wealth Manager award multiple times. He was a contributor to the book “The Soul of Success,” writing a chapter titled “Navigating Retirement’s Turbulence.”

In his spare time, Mr. Norton enjoys golf and is an avid reader. He says he is “a proud uncle to six nieces and nephews.” He has helped support the work of several charitable organizations, including the Atlantic City Rescue Mission and Habitat for Humanity.

Robert Norton is an LPL Financial advisor and the founder and principal of Norton Wealth Management, located in Hammonton, New Jersey. He focuses on providing investment-management and retirement-planning services for retirees and pre-retirees as they pursue their financial goals.

Mr. Norton has conducted a number of informational retirement-planning seminars and webinars over the years, often partnering with third-party subject matter experts. His presentations have included the following broad topic areas:

The sell-off in technology stocks was persistent last week and continued into Monday morning, Jan. 10. By the end of the trading day, the NASDAQ Composite Index had made a remarkable recovery. Said StreetInsider.com, “After falling almost 3% earlier in the day and as...

The ISM Manufacturing Index declined to 58.7 in DecemberThe manufacturing sector continued to expand in December, though at a slower pace, with 15 of 18 industries reporting growth.FIGURE 1: ISM MANUFACTURING—PMI COMPOSITE INDEXNote: Seasonally adjusted; 50+ indicates...

Steve Molesky, ChFC, CLU • Ellicott, MDStephen M. Molesky & Associates • Kalos Capital Inc.o cultivate new clients, we host many educational seminars for the public. We are not trying to sell anything,...