With more than 99% of S&P 500 companies having reported, the Q2 earnings season has wrapped up in an impressive fashion.

Key metrics for Q2 2021, according to FactSet, include the following: 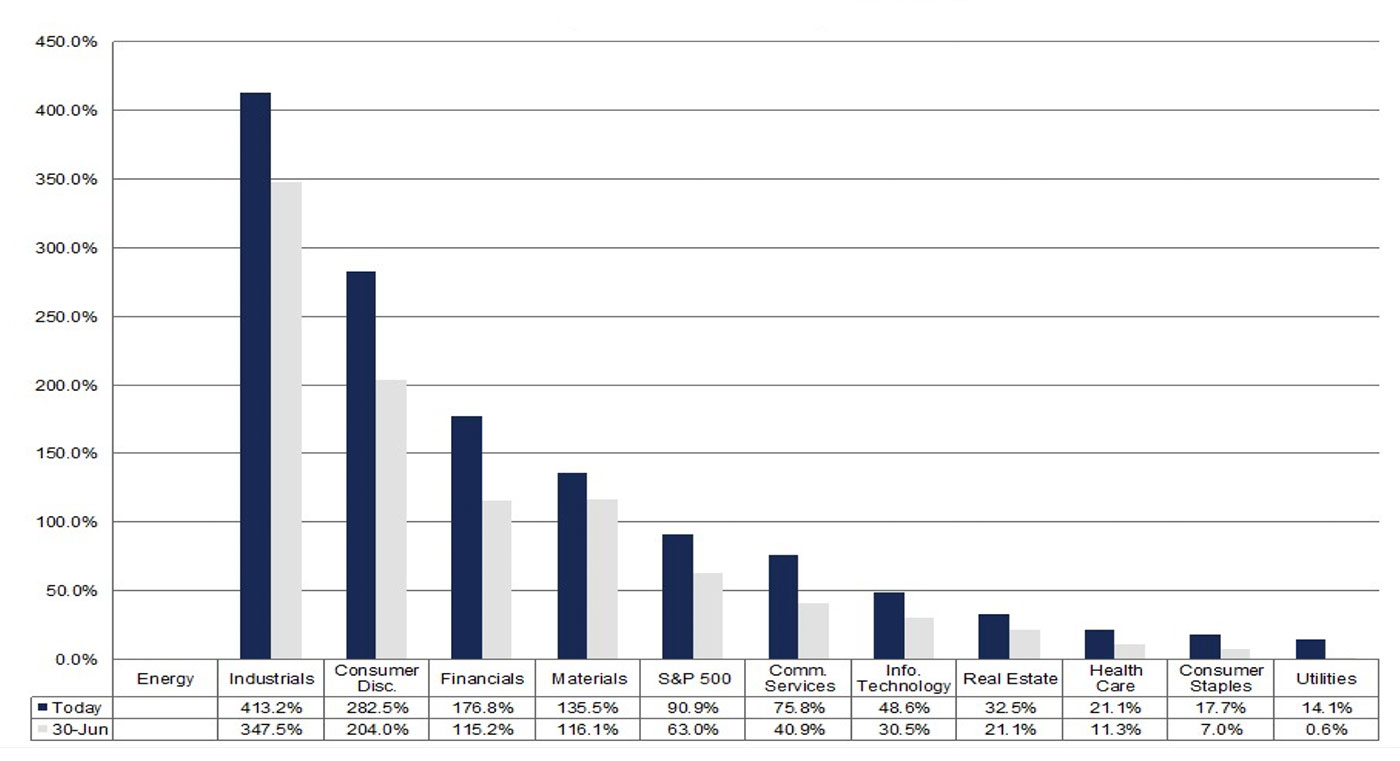 Note: The Energy sector is coming off a loss in Q2 2020, preventing a mathematical projection for earnings growth.

While earnings for Q2 2021 were in many ways the best in over a decade, some recent data suggests a weakening in consumer sentiment and activity. Many analysts attribute this to the spread of the COVID-19 delta variant, the impact of stronger inflation, and the time elapsed since the federal government’s direct stimulus checks in the spring.

According to The Associated Press,

“The Conference Board reported Tuesday that its consumer confidence index dropped to a reading of 113.8 in August, down from a revised 125.1 in July. It was the lowest level for the index since a reading of 95.2 in February. …

“The Conference Board said that concerns about the resurgence in COVID cases as well as worries about rising gas and food prices had contributed to the drop.

“With the August decline, the overall index is 19 points below its pre-pandemic level. The drop in August reflected a weakening in both the current conditions and expectations components of the index.”

See Related Article: Outlook positive, but markets are in a rotational no-man’s-land

The slippage in consumer confidence in this study was fairly consistent with a weakening in recent sentiment data provided by the University of Michigan’s Surveys of Consumers. That data, however, was “the lowest sentiment reading since December 2011,” according to MarketWatch. 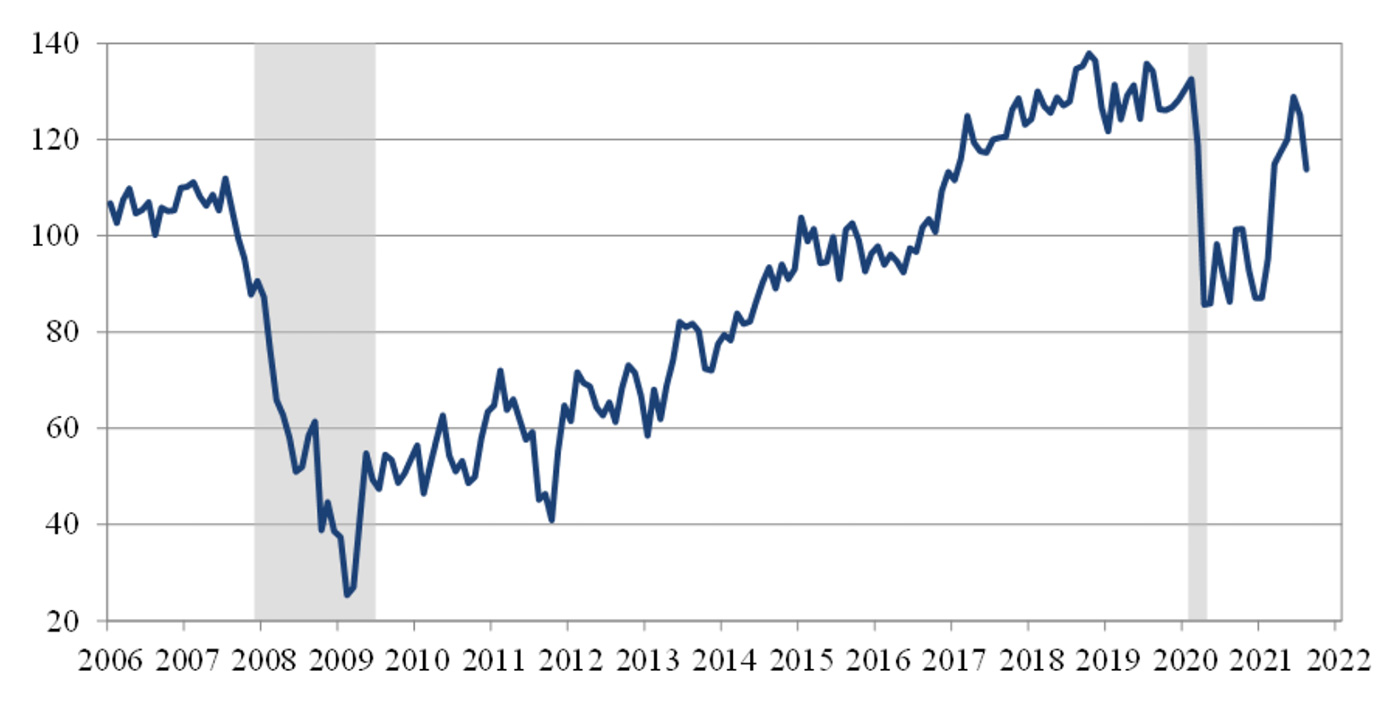 Source: The Conference Board

On Aug. 17, the U.S. Census Bureau reported a month-over-month decline in retail sales for July. However, this was still well above retail sales for the same period in 2020, with an absolute increase of 15.8%.

“US retail trade fell 1.1 percent from a month earlier in July 2021, following a revised 0.7 percent growth in June and compared with market consensus of a 0.3 percent drop, led by a decline in auto purchases and as a resurgence in COVID-19 cases hit consumer demand. The latest data also reflected the recent shift of spending from goods to services following the reopening of the economy.”

The August employment data from the U.S. Bureau of Labor Statistics was a huge miss, with the economy adding just 235,000 new positions. This was less than a third of most analyst expectations, which were for approximately 720,000 new hires, according to CNBC.

Barron’s, however, noted that the report wasn’t all negative, at least in terms of overall 2021 jobs growth:

“The 0.6% month-over-month increase in average hourly earnings pointed to continued inflation, while the upward revisions to June and July employment numbers, which went to 976,000 and 1.1 million, respectively, suggested that perhaps the figures weren’t quite as weak as they looked. That just about no jobs were created in the leisure and hospitality industry indicated that the Covid-19 Delta variant might have been a bit of a problem.”

According to The Washington Post, the impact of the delta variant spread has had multiple impacts on consumer activity:

“This gloom and ongoing fear of the virus are causing people to pull back on some spending. Restaurant reservations, hotel bookings and airline passengers all declined in August as people grew more cautious. Companies such as Amazon, Google, Apple and Facebook pushed back their return-to-the-office dates for white-collar workers, another blow to the range of businesses that support office work, including local restaurants.

“In a telling sign, 5.6 million people said they were ‘unable to work’ because their employer closed or lost business because of the pandemic, Labor Department data shows. That was an increase of about 400,000 people compared with July, a clear sign of the delta variant’s toll on the workforce in the last few weeks.”