Our favored yield curve does not signal recession

We want to clarify why the yield curve (YC) is a recession indicator, and which one we think should be used.

First, it is important to remember why the yield curve is such a good indicator of recession. The yield curve measures the spread between what a lending institution pays for its money versus what it can make by lending or investing it. When short-term rates are higher than long-term rates (inversion), it severely disincentivizes lending, thereby restricting the supply of money.

Although the two-year/10-year YC is very popular, we currently favor the three-month/five-year YC because of the historic level of money put into depository institutions (Figure 1). According to Bloomberg’s Fed data, commercial bank deposits surged by $4.75 trillion to over $18 trillion since February 2020.

FIGURE 1: THE MONETARY AND FISCAL STIMULUS LED TO
A HISTORIC RAMP IN BANK DEPOSITS 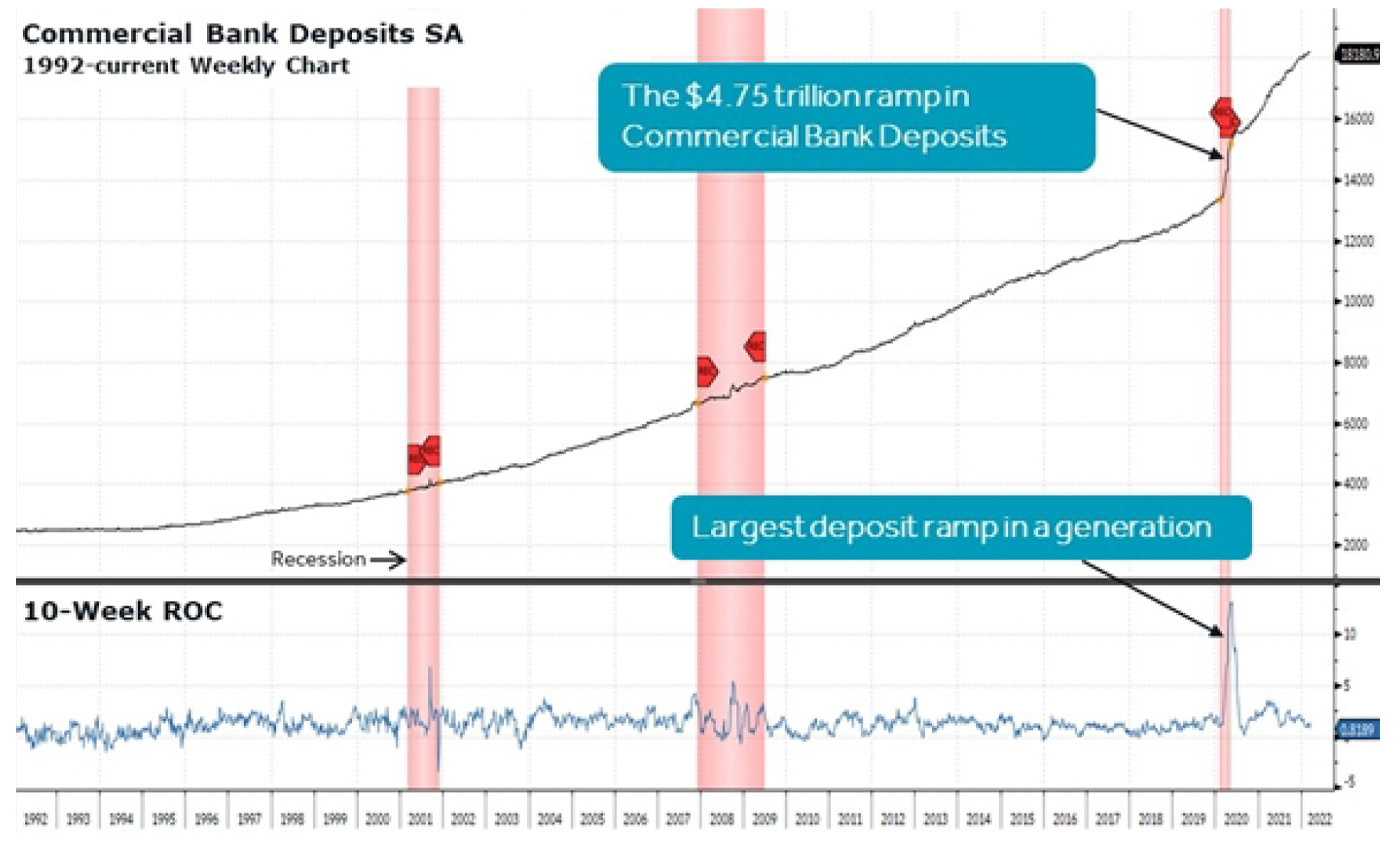 Our favored yield curve is not signaling recession

The point is that excess money went into the banking system that pays near zero (deposit rate) but is lent or invested at a much higher rate given the rise in the middle portion of the YC. We believe at this point in the economic cycle, the proper YC given the historic surge in deposits is the difference between the three-month (cost to banks) and the five-year U.S. Treasury yield (near where they lend it). It is important to note that even if you use the two-year/10-year YC, the history over the last eight cycles suggests the recession and SPX both peak 18 months after the initial inversion—with a 17.69% median SPX gain.

Our fundamental core thesis continues to point to positive economic growth driven by continued liquidity and a transition from goods to services as the economy fully reopens from the pandemic. 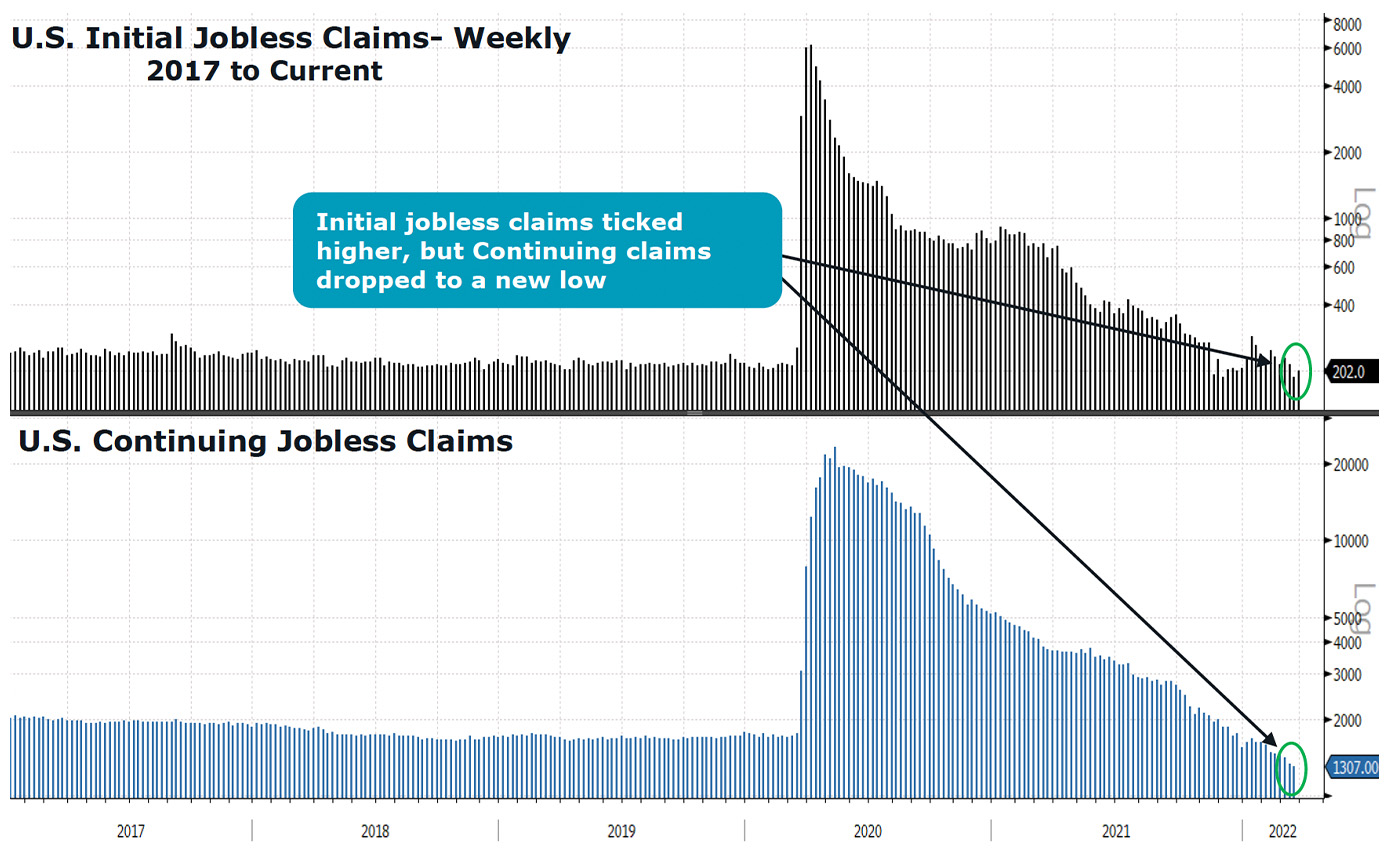 Investors will be wrong with a more optimistic outlook if the economy falls into recession. Clearly, inflation, higher interest rates, the Russian invasion of Ukraine, and the economic transition from goods to services spending could have a dampening impact on growth, but ultimately growth should remain positive.

We expect to experience further market volatility. But the significant decline in equities in early March, the intermediate-term oversold condition, and the history following such strong four-day rallies following an intermediate-term market low suggest using further bouts of weakness as an opportunity to add exposure—rather than something to fear.