The preliminary University of Michigan consumer sentiment index fell to 59.1 in May, the lowest reading since August 2011.

“U.S. consumer sentiment slumped to its lowest level in nearly 11 years in early May as worries about inflation persisted, but consumer spending remains underpinned by a strong labor market and massive savings, which should keep the domestic economy expanding.

“The University of Michigan survey on Friday showed the deterioration in sentiment was across all demographics, as well as geographical and political affiliation. Gasoline prices and the stock market have a heavy weighting in the survey. …

“… Economists polled by Reuters had forecast the index dipping to 64.

“The gauge of economic conditions dropped 8.4 percent to 63.6. That was the lowest reading since 2013, and 36 percent of consumers attributed their negative assessment to inflation. …”

Surveys of Consumers director, Joanne Hsu, reported on the results,

“Consumer sentiment declined by 9.4% from April, reversing gains realized that month. These declines were broad based—for current economic conditions as well as consumer expectations, and visible across income, age, education, geography, and political affiliation—continuing the general downward trend in sentiment over the past year. Consumers’ assessment of their current financial situation relative to a year ago is at its lowest reading since 2013, with 36% of consumers attributing their negative assessment to inflation. Buying conditions for durables reached its lowest reading since the question began appearing on the monthly surveys in 1978, again primarily due to high prices. The median expected year-ahead inflation rate was 5.4%, little changed over the last three months, and up from 4.6% in May 2021. The mean was considerably higher at 7.4%, reflecting substantial variation in price changes across types of goods and services, and in household spending patterns. At the same time, long term inflation expectations remain well-anchored with a median of 3.0%, settling within the 2.9 to 3.1% range seen over the last 10 months.” 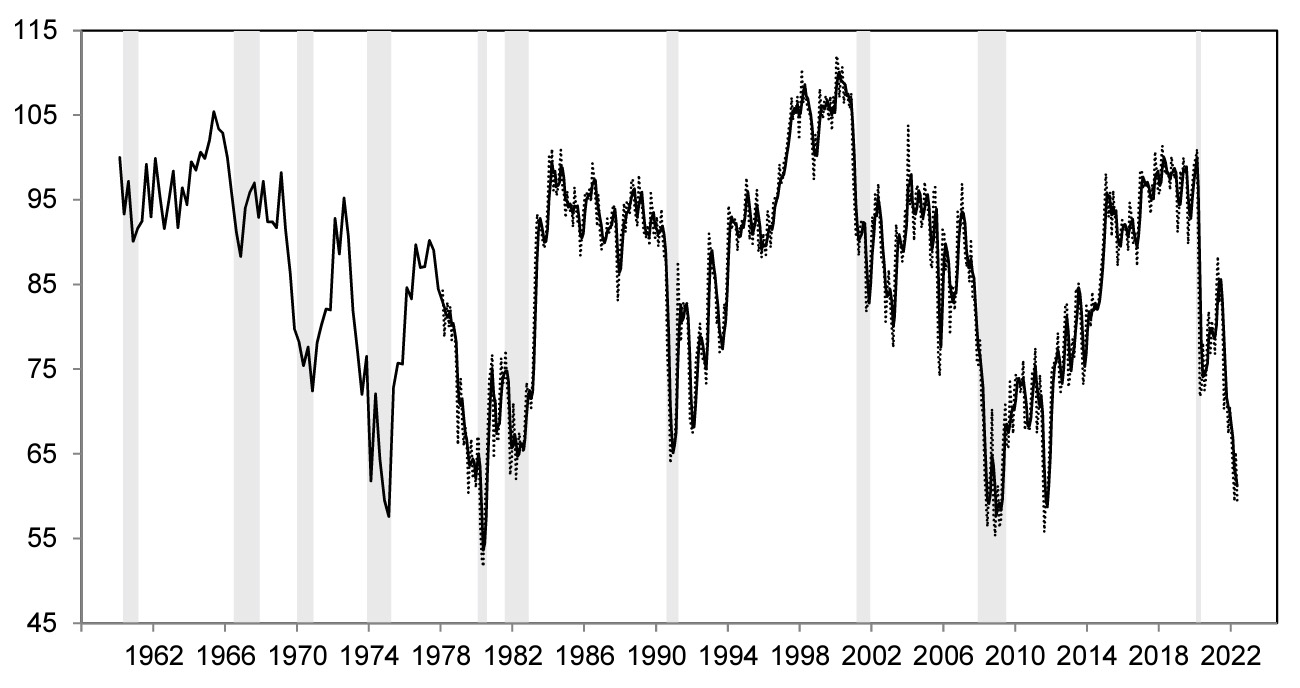 “… Inflation continues to be one of, if not, the major issues the market faces, and while there are signs of pressures easing in coming months, it hasn’t helped sentiment, especially among small business owners. In this week’s monthly update on Small Business Optimism from the NFIB that was released earlier this week, small business owners were asked what their single most important problem was. Nearly a third cited inflation. In the 35+ year history of the survey, inflation has never been so pervasive as a problem. How much worse can it get?” 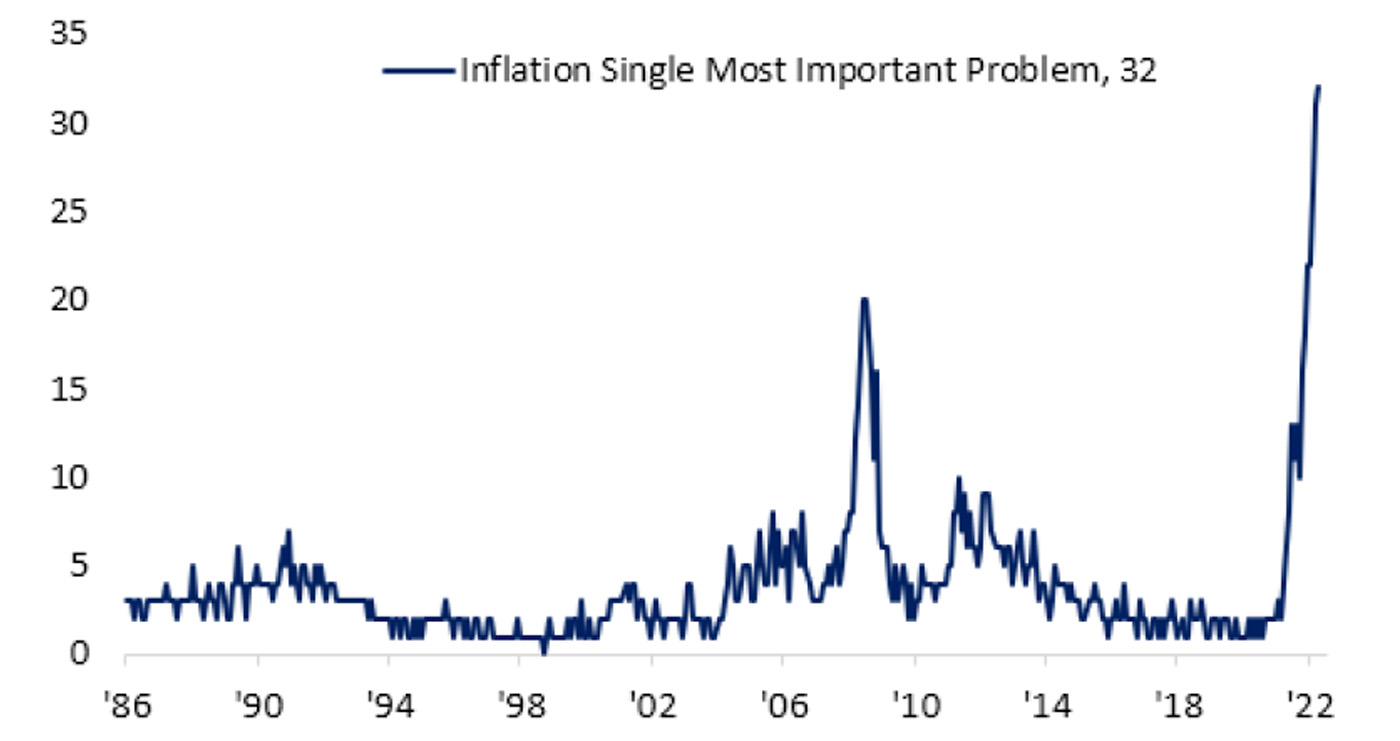 The NFIB reported on its most recent survey,

“… Small business owners expecting better business conditions over the next six months decreased one point to a net negative 50%, the lowest level recorded in the 48-year-old survey. …