“U.S. stocks with the most sensitivity to market swings and the biggest price moves have the look of a bursting bubble. A Goldman Sachs index that favors these ‘high beta momentum’ shares and bets against their most stable peers tumbled Monday by 8.7%, the steepest decline in its decade-long history. The index lost 17% in the past eight trading days after surging 58% from an April low to an August record.”
FIGURE 1: GOLDMAN SACHS HIGH BETA MOMENTUM INDEX 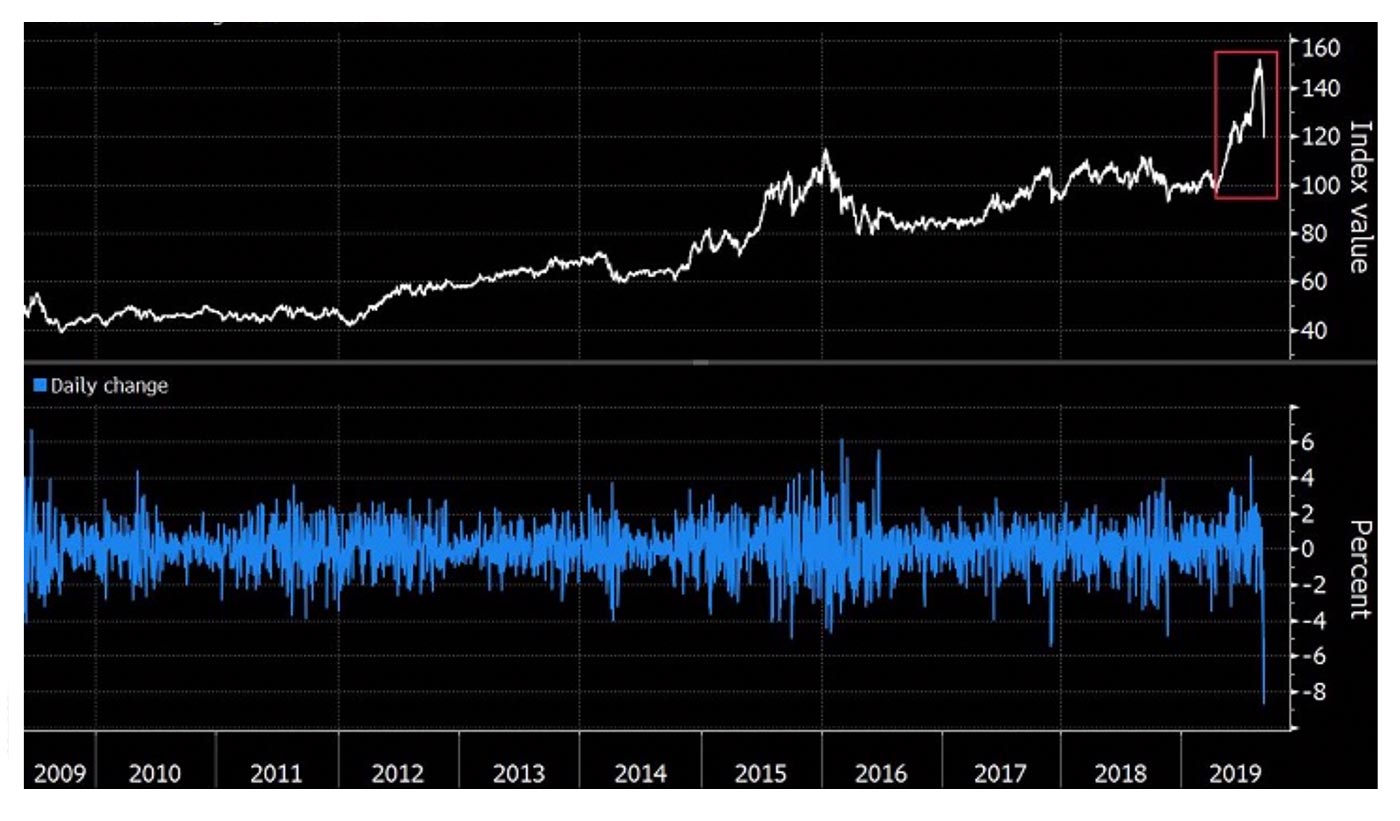 “Momentum stocks are those that have been going up; momentum refers to the upward trajectory of price. Value stocks are generally low multiple, and often have the opposite price attributes of momentum stocks. As shown in the chart (Figure 2), yesterday (9/10/19) was an absolutely catastrophic day for Momentum (MTUM) relative to Value (VLUE).

“Part of this was a function of rates, with recent upticks in short and long term interest rates driving utilities and other defensive stocks with strong trailing momentum lower, while banks rallied. But it was broader than that too: software got smashed while oil & gas stocks surged, automakers ripped while stable consumer staples names took a hit, and the market generally reversed all of the trends it has been operating on so far this year in a massive stop-out of successful (up to now) trading strategies.” 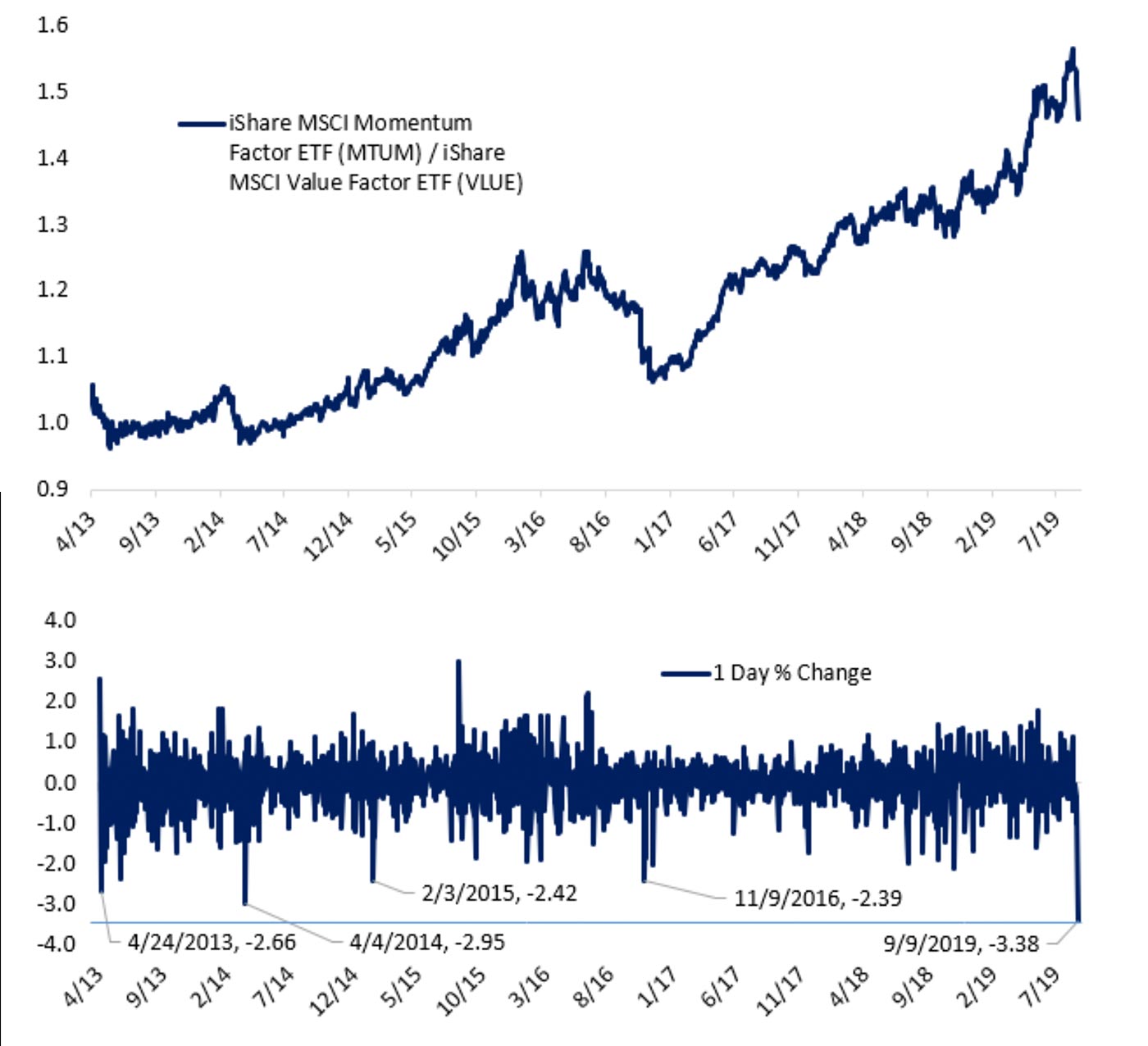 Bespoke also notes that the reversal out of momentum stocks in the early part of last week was accompanied by a surge in small-cap stocks, adding,

“Along with the huge divergence between growth and value, market cap has been a very important factor in the recent rotation. The most extreme point of outperformance has been small-cap value relative to large-cap growth.

“As shown in the chart (Figure 3), this is the second-largest three-day move in small-cap value relative to large-cap growth since the financial crisis. …” 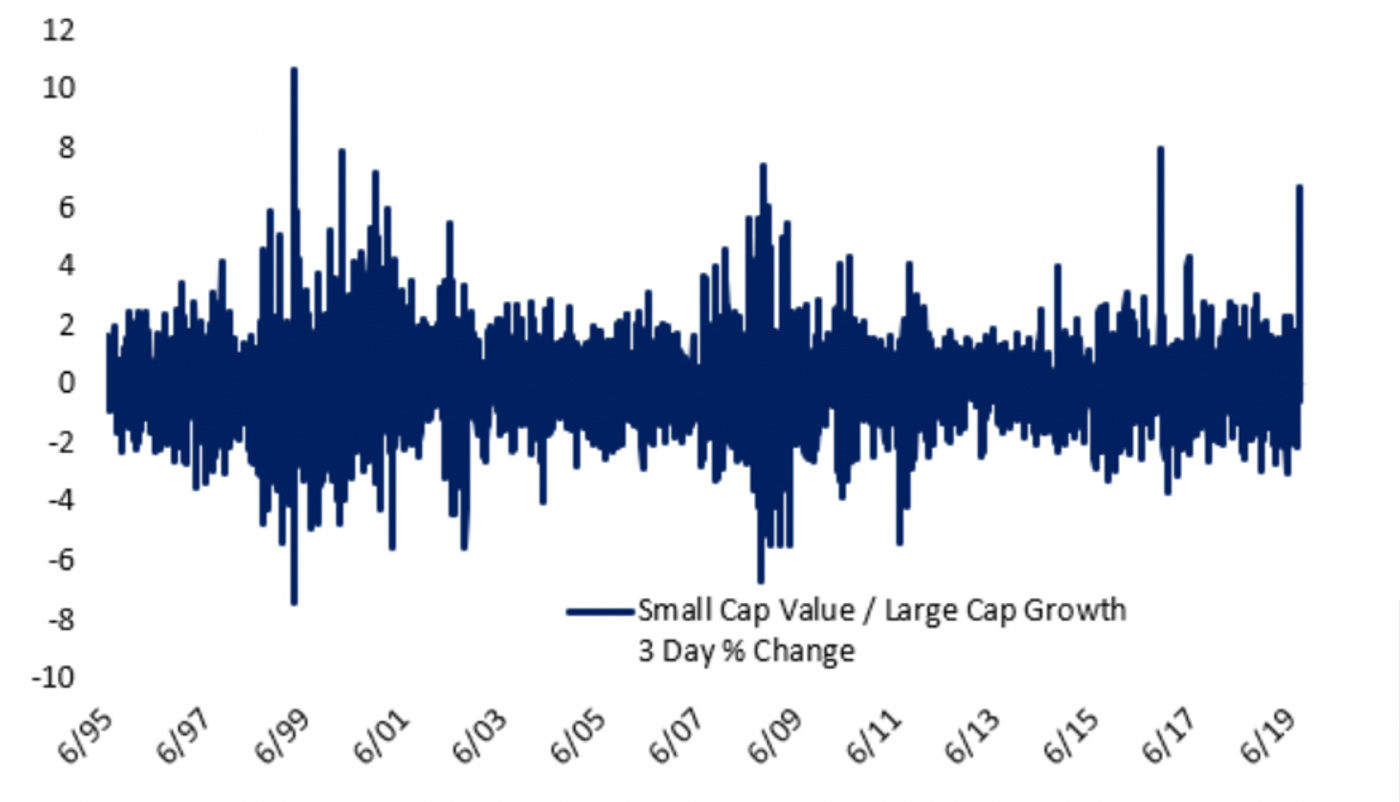 “In the chart (Figure 4), we show forward performance across large and small caps for both value and growth when the small-cap value/large-cap growth ratio delivers >99th percentile outperformance as it has through the first three closes this week. Following these prior occurrences, all four indices have averaged declines, led lower by large-cap value. That compares with average gains for all indices across all three-month periods.” 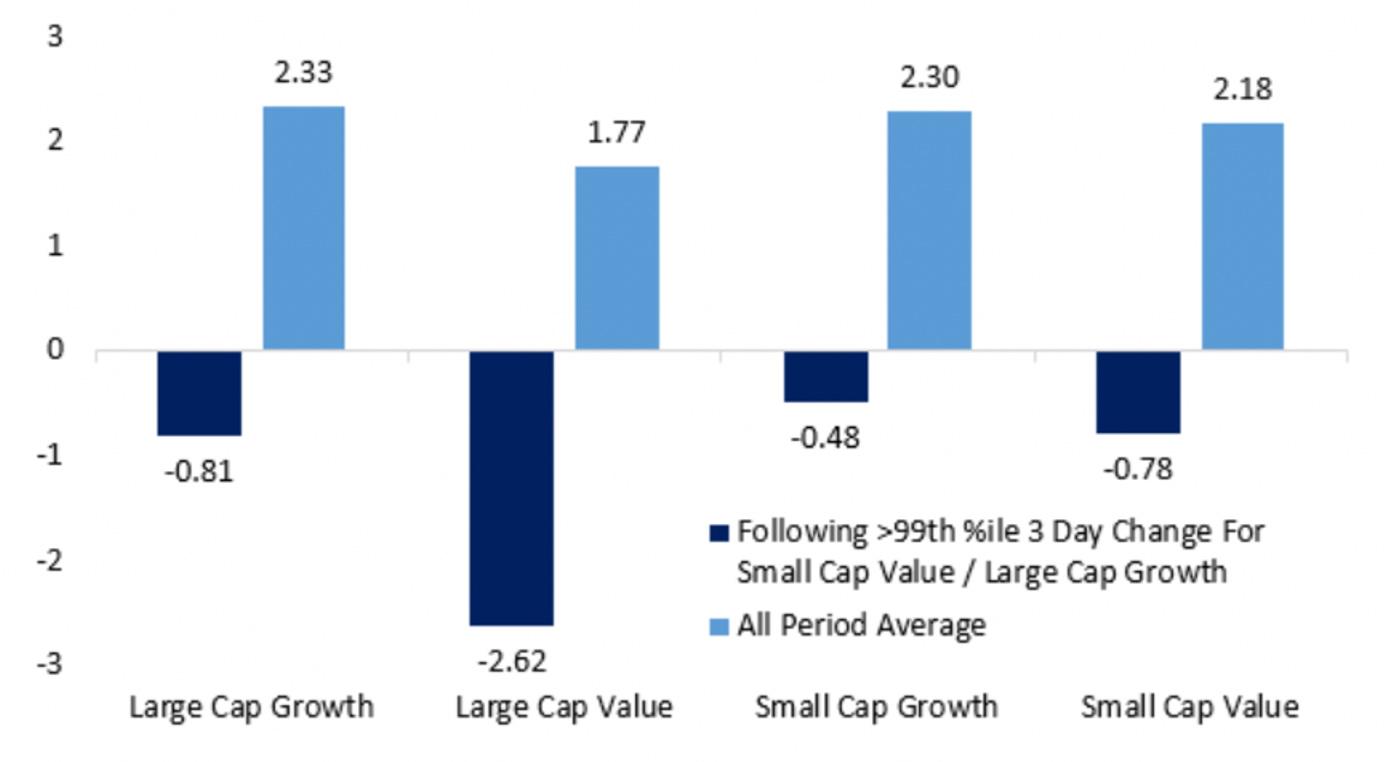 Despite the data presented here, a longer-term look at momentum stocks, as represented by the ETF MTUM, does not show much more than a sharp dip in an ongoing uptrend. The key is whether the recent weakness will show a break in the uptrend moving forward. Additionally, an article from Nasdaq points out that ETF Channel reported that MTUM had “an approximate $120.8 million dollar inflow” last week as some traders bought the dip in the ETF.

However, according to Bloomberg, J.P. Morgan’s head of macro quantitative and derivatives research, Marko Kolanovic, says, “So much economic and geopolitical fear has been built into U.S. equity portfolios that the rotation out of momentum stocks into value is likely to persist for a while.”