In many respects, 2016 was a challenging year for financial advisors: (1) the uncertainty surrounding the Department of Labor fiduciary guidelines, (2) the anticipation tied to the effects of the U.S. election on financial regulations, (3) the prospects of changing interest-rate policy from the Federal Reserve in an aging equity bull market, and (4) the significant impact of changing demographics for both the advisor community and its client base.

Proactive Advisor Magazine thanks PriceMetrix, a leading research, data, and consulting firm focusing on the financial advisor segment, for their permission to highlight some of the key findings of their recent comprehensive study “The State of Retail Wealth Management 2016.”

1. 2016 represented a second consecutive year of decline in gross production in the retail wealth-management industry. This is despite record highs in assets per advisor and overall assets under management (AUM), buoyed by the continuing bull market (the MSCI World Index returned 7.5% in 2016).

2. Growth slowed, as measured by fewer new client relationships, declining trade volumes, and a reduction in price levels across fees and transactions.

3. There was a continuing trend of creating deeper client relationships, as measured by two key criteria.

4. A further increase was seen in the proportion of fee-based revenues and assets for advisors, with stronger growth in discretionary accounts.

5. The impact of shifting demographics continued, with baby boomers representing the majority of industry assets under management. The trend of relatively weak penetration of the Generations X and Y markets continued.

More detail on each of these major findings is presented below.

PriceMetrix reports that average AUM per advisor grew to a record $92 million in 2016, up 6% from 2015. However, revenues per advisor decreased for a second consecutive year, dropping 1% from $591,000 in 2015 to $583,000 in 2016. This trend is surprising in the context of relatively strong equity market performance during 2016 and may reflect competitive pressures on fees. PriceMetrix notes that 2016 saw the first decline in fees as a percentage of AUM in several years:

“Fees as a percentage of assets fell in 2016 to 1.13%, down from 1.16% in 2015. This decline follows several years of stability and raises concerns that advisors may be succumbing to the price pressure from new wealth management competitors, such as robo-advisors. For new accounts, fees have fallen even further, to 1.07% in 2016 from 1.15% in 2013.”

New client acquisition is slowing down, but relationships with current clients appear to be deepening

The growth of new household relationships has been on a slow, but steady, decline over the past few years for the average advisor. Proactive Advisor Magazine has seen in its in-depth advisor interviews that the aging advisor population may be a driver of this trend, with many advisors over the age of 60 stating that they have dialed back prospecting efforts and are focusing on their current client base and their firm’s longer-term succession planning.

The positive side to this finding comes in the context of what PriceMetrix sees as a deepening of relationships with current client households. Two specific measures are evaluated in their study: (1) the average number of accounts per household, and (2) the presence of a retirement account in the wealth-management relationship. On both measures, improvements have been seen over the last four years. The study says,

“Previous PriceMetrix research has established the benefits of creating deep relationships. Clients who hold more products exhibit higher levels of satisfaction with their advisors and tend to stay with firms longer. Advisors have succeeded at deepening their client relationships, in part by working with fewer clients.

“In 2016, accounts per household edged higher to a new record of 2.8, while single account households dropped to a record low of 41%. Both indicators have improved steadily over time, suggesting either that clients rely on their advisors to solve increasingly complex needs or that they are consolidating their financial needs with fewer providers.”

The second factor examined by PriceMetrix shows slow improvement in the measurement of retirement accounts found in wealth-management relationships. The study says,

Fee-based revenue is now solidly over 50% for advisory firms, though “fee-only” relationships still not the predominant model

Advisors are clearly migrating more of their business each year to a fee-based model. Fee-based revenues as a percentage of total advisor revenue have increased from 40% in 2013 to 54% in 2016. The impact of the DOL fiduciary guidelines—even if delayed—should see this growth accelerate in the future.

“Wealth management firms, advisors, and investors have for years exhibited a growing preference for accounts that charge fees as a percentage of assets managed, rather than per transaction. Thirty-seven percent of retail assets were in fee-based programs in 2016, up from 33% a year earlier, and asset-based fees accounted for 54% of the industry’s overall revenues, up from 49%. Moreover, advisors managed on average 96 fee accounts at year-end 2016—45% higher than in 2013.”

Research firm Cerulli Associates has formulated its own estimate of the rapid and continuing growth of fee-based AUM, seeing an increase of more than 60% to $6.6 trillion in 2019 from $4.1 trillion in 2015.

The PriceMetrix study also finds that increased competition in the wealth-management space has put increasing pressure on fees and commissions for advisory firms. Fees as a percentage of assets fell in 2016 to 1.13%, down from 1.16% in 2015. Transactional pricing also continues to come down for advisory firms, according to the study. There has been deeper discounting of commissions for the past four years, moving from a 34% “discount” in 2013 to 39% in 2016.

“With broad-based rate declines across both fee-based and transactional product lines, firms should take a proactive stance on pricing. New market entrants and a trend toward increased pricing transparency will continue to challenge advisor self-confidence. Programs that encourage advisors to communicate their value to clients and defend commission and fee levels are essential.”

Baby boomers now account for half of advisors’ AUM, but growth is slow among millennials and Generation X

There has been a steady and expected transition of advisor business from the “greatest/silent generations” (those born before 1945) to baby boomers (those born between 1946 and 1965). While this trend should accelerate over the next 10 to 20 years, it is not surprising that advisors have a significant opportunity to build new relationships with the generations that follow.

As can be seen in Figure 3, the percentage of AUM advisors derive from millennials and Generation X has been stagnant for the past four years, now at a combined total of 10% of AUM. The numbers might be a little misleading, as the sheer magnitude of baby boomer wealth overwhelms that of generations still in the accumulation phase.

But many studies in the industry confirm that advisor penetration of post-baby-boomer generations can improve significantly. One such study from UBS, according to The Wall Street Journal, shows only 14% of millennials are likely to seek advice from a financial advisor, versus 40% of non-millennials. However, there are some reasons for optimism. A recent research report from Global X Funds, “Beyond Baby Boomers,” indicates that both millennials and members of Generation X plan on “allocating a greater percentage of their assets to advisors over the next ten years” as their income and wealth increases. The challenge for advisors, of course, is how to present a value proposition that will be most attractive to these demographic segments.

What are some key takeaways for advisors from these trends in wealth management? 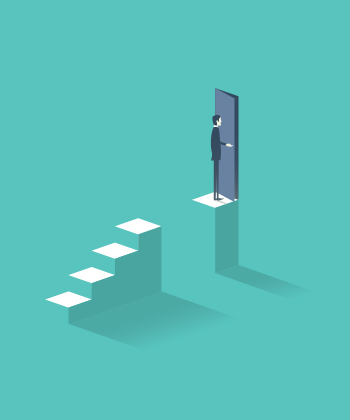 “Our data reveal several market dynamics that will challenge core strategies, and with organic growth more elusive than ever, wealth management firms will need to chart new courses back to robust growth. … Wealth management firms that identify and replicate the success of their fastest-growing advisors could unlock 10% to 15% in additional revenue growth for their firm.”