The intersection of structure and strategy

Proactive Advisor Magazine: Jonathan, you have experienced several sides of the financial industry. How has this shaped your overall philosophy in working with clients?

I have many takeaways from my years in the business, but three stand out. First, I received my training in the business from some terrific companies and individuals who brought home the importance of the financial-planning process for clients. I received my CFP early in my career, and that only reinforced this belief.

I think most of our clients’ issues can and should be solved by utilizing financial-planning techniques that are not directly tied to the purchase of insurance or an investment. This philosophy places us firmly in the category of advisor, instead of salesperson. I believe this differentiates us from many advisors who do not conduct their practice from that perspective.

Second, my years in the business have coincided with periods of great volatility and major swings in market performance. When I got my first real exposure to the financial world working on planned giving at the University of Virginia, we were close to the end of a tremendous and lengthy bull market. People were confident about the future and accumulating wealth. Frankly, that made our fundraising a lot easier. But it also allowed me to see firsthand early in my career how a relatively unconcerned attitude about risk can develop when times are good. We all know what happened in the first years of the 2000s. Risk management is a major priority in everything I do for clients.

“Classic modern portfolio theory may be more appropriate during accumulation, but risk management should be emphasized during distribution.”

The third point is closely tied to the theme of risk. Many advisors, me included, were initially exposed to modern portfolio theory as an underlying principle to sound investment management. The dot-com bust and credit crisis showed there are some flaws to the theory. Asset classes tended to all go down together in times of deep market stress.

While diversification is extremely important, I have come to appreciate combining that with some level of active management for client portfolios. 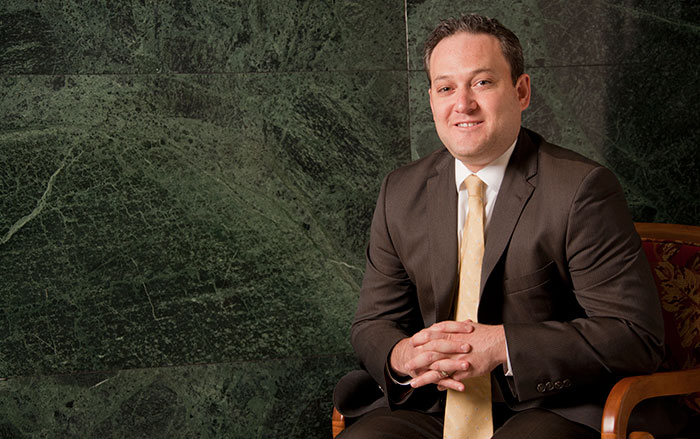 How do you see your role specifically in managing client investments?

Our focus is solely on helping our clients to reach their stated goals. In fact, most of our clients engage us without deeply diving into how we are going to recommend that they invest their money. It is a secondary consideration—clearly it’s much more important to understand what is meaningful in their lives and what their money means to them well before we can advise them on how to manage their money.

But once we are at that stage, I have two critical advisory roles. The first is to make sound recommendations on how a client’s allocation should be structured, by asset classes and then sectors within those asset classes. We use our own proprietary planning parameters and usually will consider various capital-markets data and assumptions developed by Lincoln Financial.

Next, my role is to assess and validate whether it makes sense to utilize third-party managers. In general, I personally believe we cannot overlook the lessons of the past fifteen years—the global investment world remains full of risk. That risk is not something to be ignored nor to be scared by—it needs to be managed carefully. Active investment management that has a strong risk-management component can be a valuable addition to most client portfolios and strategies.

What are some common client issues related to risk management?

The key from our perspective is that clients do not understand that volatility plays very different roles in their investment and financial lives. When they are accruing assets, volatility can actually be a positive factor. But when it is time to turn on the spigot and start an income stream from their hard-earned life savings, volatility can be a destructive force.

That is why we view the planning process as integral to making investment decisions and consider time horizons to be a critical element of the plan. It takes a different kind of investing style to assist clients in retirement income planning than it does in allocating assets during the accumulation phase. Classic modern portfolio theory may be more appropriate during accumulation, but risk management should be emphasized during distribution.

Are there any tools or analogies you use to bring that concept to life?

We use many educational tools, but let me describe one that seems to hit home. It is an example called “A Tale of Two Investors.” This describes the stories of two hypothetical investors who are entering retirement. Investor “A” retires in 1973 with a $500,000 nest egg invested in a traditional portfolio of 50% stocks and 50% bonds. Let’s assume the stock portion was in a broad market fund. Investor “B” retires in 1975, also with $500,000, and also has this invested in exactly the same way as investor “A.” Both individuals withdraw money from their accounts at the same rate over the next number of years.

Unfortunately, investor “A” runs out of money during the first 20 years of retirement, while investor “B” ends up continually building wealth, accumulating additional principal beyond the original starting amount. The only difference between the two situations is investor “A” faced two years of negative returns in the early years of retirement. This graphically illustrates the huge impact of the sequence-of-returns issue for retirees and why we follow a time-based planning process for our clients, especially those in or near retirement.

How does your planning process work in broad terms?

We first have to decide on the parameters for their end objective. Put simply, what is required in terms of making their money grow to make their desired lifestyle work? Then our job is to find a way to make that happen. Once we understand that, we help the client choose an asset allocation that most closely matches the appropriate return and risk expectations. The risk expectation, from our perspective, is determined by the length of time we are looking at for that particular client.

We have a rigorous and disciplined planning process in place. To simplify, there are seven critical assumptions we have to address. They are the investment time horizon, the appropriate risk tolerance, cash-flow considerations, liquidity, the current inflation environment, the outlook on interest rates, and the burden of taxes.

What differentiates your practice?

There are four things. First, we believe everything starts with the financial-planning process and we are very dedicated to and proficient at that approach. Second, we believe in coordinating a client’s financial plan with their existing advisors, such as their attorneys and accountants. Our firm also has an excellent national network of legal, tax, and other expert advisors, should a client need it.

Third, our structure is built around the principle of unbiased and client-specific investment strategies. We have no predetermined approach and base our recommendations on a client’s needs.

However, I think a clear case can be made for why risk-managed, active strategies make sense for those entering retirement. Most of our clients hire us to be a steward of their capital, which includes an emphasis on avoiding catastrophic loss. Active management typically shines during bear markets. So, we firmly believe that our clients will win in the long run by not losing.

Lastly, everything we do is guided by a “serve first” mentality. Our rewards as a firm come when our clients are successful in meeting their goals—this has led to deep and long-lasting relationships. We take great pride in our skills and our knowledge in helping clients to make better financial decisions. 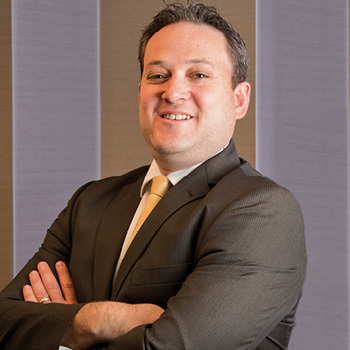 Jonathan Muhlendorf is cofounder of Muhlendorf Shepherd Financial Group, serving clients in the Tidewater area of Northern Virginia. Mr. Muhlendorf says he “discovered his passion for helping clients reach their financial goals” while attending the University of Virginia (UVA) and assisting on UVA’s first capital campaign. During his final year at UVA, his planned giving team raised over $50 million.

Upon graduation from UVA, Mr. Muhlendorf acquired his investment and insurance licenses and started the Certified Financial Planner (CFP) coursework at Old Dominion University, becoming one of the youngest CFP practitioners in the country.

He began his career with a national financial services firm and then moved to a well-known accounting firm in the Washington, D.C., area. Mr. Muhlendorf prepared individual tax work and assisted in handling the investments and financial planning on behalf of high-net-worth families. These included an NFL team owner, a former IRS commissioner, a sitting Supreme Court Justice, the governor of Virginia, and the chairman of the Federal Reserve Board.

Mr. Muhlendorf and his family live in the Virginia Beach area and are “passionate about environmental issues” related to the Chesapeake Bay. He is involved with many fundraising activities for Jewish charities, both local and national. He also continues his charitable planning roots by assisting local charities with funding their endowments through creative designs. His family can often be found combing a beach for shells and tidal pools, or on a sailboat.