Against the backdrop of rising COVID cases, hospitalizations, and deaths, as well as a tumultuous political environment, two major economic reports were released last week.

MarketWatch reported, “The U.S. lost jobs in December for the first time in eight months as the coronavirus bore down on the economy again and forced businesses to resort to more layoffs.”

In contrast, the Institute for Supply Management (ISM) released its latest report on the manufacturing sector, where they noted, “The manufacturing economy continued its recovery in December.”

The Bureau of Labor Statistics released the December 2020 employment report on Friday, Jan. 8. The BLS said as a broad overview,

“Total nonfarm payroll employment declined by 140,000 in December, and the unemployment rate was unchanged at 6.7 percent. … The decline in payroll employment reflects the recent increase in coronavirus (COVID-19) cases and efforts to contain the pandemic. In December, job losses in leisure and hospitality and in private education were partially offset by gains in professional and business services, retail trade, and construction.”
From the Household Survey Supplemental Data, the BLS reported, in part,
“In December, 15.8 million persons reported that they had been unable to work because their employer closed or lost business due to the pandemic—that is, they did not work at all or worked fewer hours at some point in the last 4 weeks due to the pandemic. This measure is 1.0 million higher than in November.”
FIGURE 1: UNEMPLOYMENT RATE, SEASONALLY ADJUSTED (DEC. 2018 –DEC. 2020) 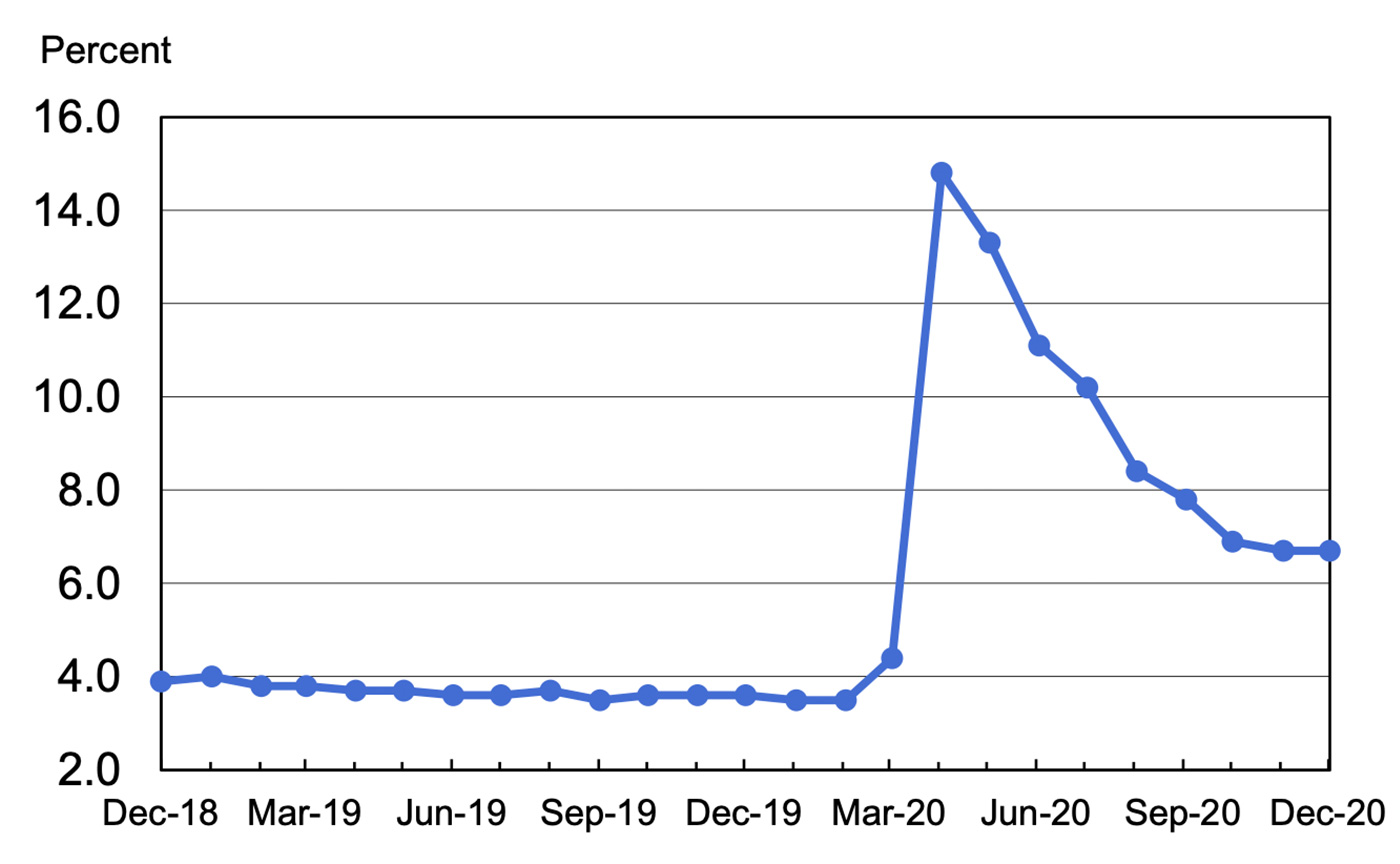 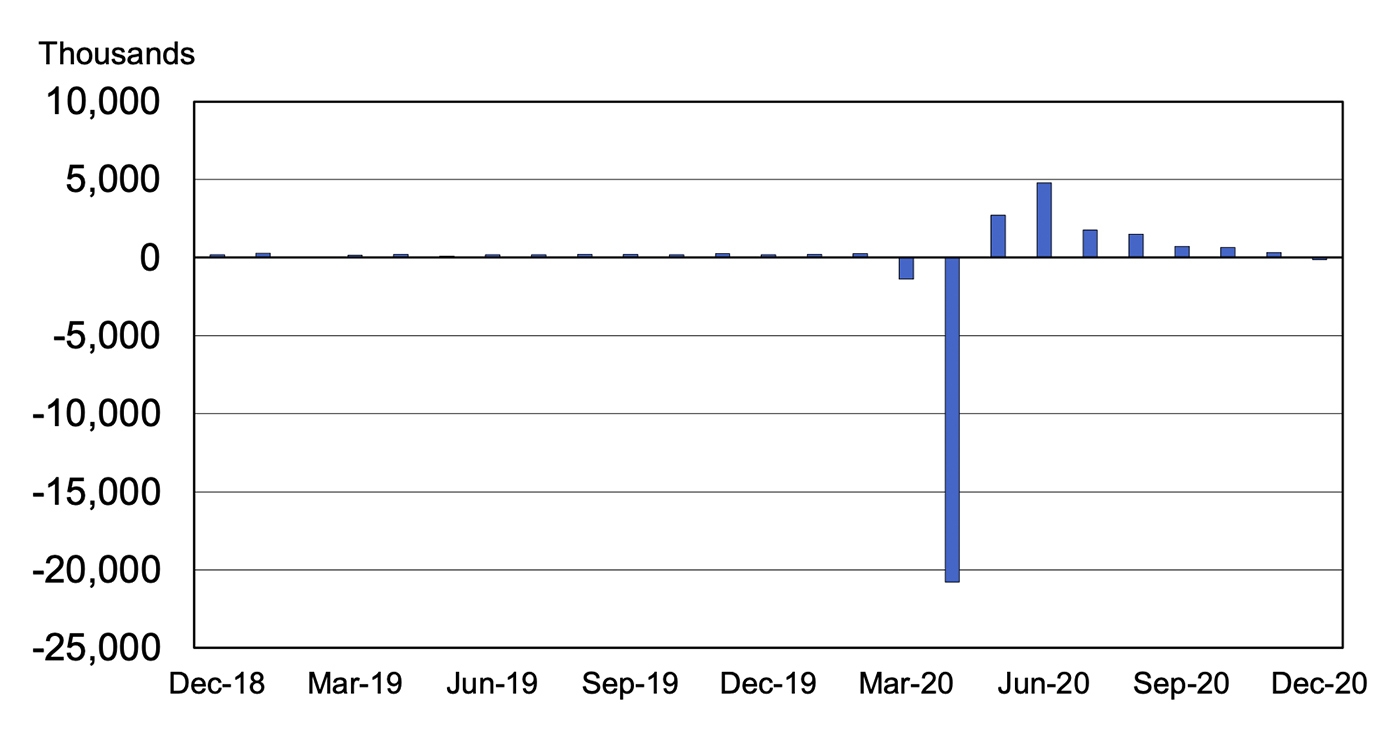 Despite some disappointing headline numbers, with an actual reported monthly jobs loss versus estimates for a small gain, Bespoke Investment Group still found several encouraging signs in the jobs report:

See Related Article: Is the market’s lofty valuation justified in the middle of a pandemic?

“The December Manufacturing PMI registered 60.7 percent, up 3.2 percentage points from the November reading of 57.5 percent. This figure indicates expansion in the overall economy for the eighth month in a row after contracting in March, April, and May, which ended a period of 131 consecutive months of growth. …

“Survey Committee members reported that their companies and suppliers continue to operate in reconfigured factories, but absenteeism, short-term shutdowns to sanitize facilities and difficulties in returning and hiring workers are causing strains that are limiting manufacturing growth potential. However, panel sentiment remains optimistic (three positive comments for every cautious comment), an improvement compared to November. …

Bespoke Investment Group had several observations on both the ISM Manufacturing and Non-Manufacturing reports last week:

“… The December ISM Manufacturing report showed an expansionary reading for the seventh month in a row and the highest level since August 2018. Prior to that, you would need to go all the way back to January and May of 2004 to find readings as high as December.

“Put together, the increases in the headline number [for Manufacturing and Services] led the composite reading to rise to the highest level since July.” 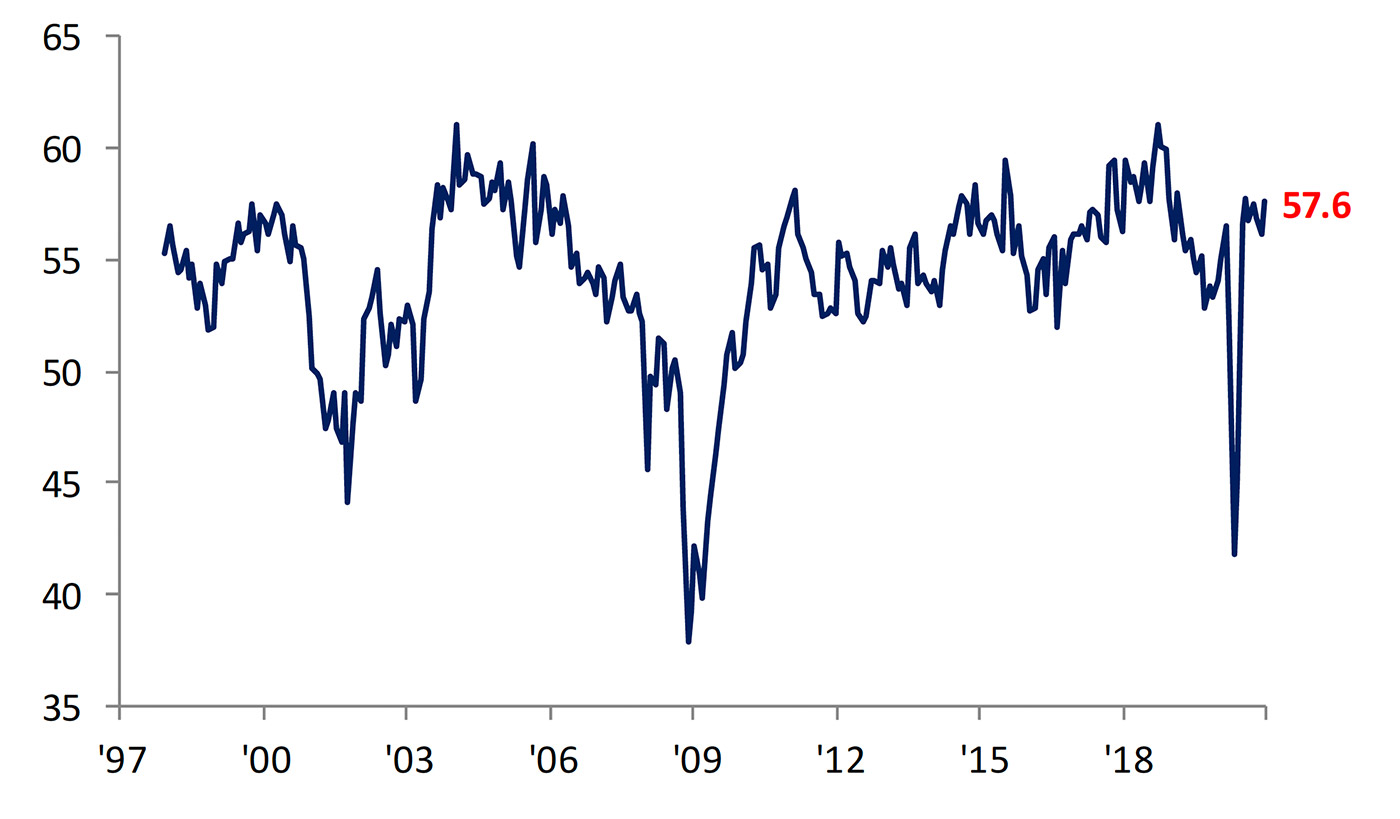 We applaud the diligence of financial advisors—and their clients—during the very challenging times of 2020. Their collective commitment to finding new ways of working together, reinforcing strong advisor-client relationships, and seeking customized financial solutions...

The state of retail wealth management: 2020 trends and opportunities for 2021

Research findings from the 2020 PriceMetrix study, “The State of North American Retail Wealth Management,” identify key trends, “lessons learned,” and potential success factors for financial advisors.PriceMetrix, a data and analytics company that is a division of...

We are seeing some wild numbers for NASDAQ share volume lately, much bigger than anything in recent years. This points to a speculative blow off underway. For many years, analysts have looked at the ratio of NASDAQ to NYSE volume as an indicator of tops and bottoms...

Richard F. Grant Jr., NSSA, ChFEBC • Gilbert, AZ RFG Capital Management LLC  have been in the financial-services industry for more than 30 years, working with clients across the U.S. and abroad. I tell...