“Federal Reserve Chairman Jerome Powell warned lawmakers Wednesday that the ballooning federal debt could hamper Congress’ ability to support the economy in a downturn, urging them to put the budget ‘on a sustainable path.’

“Powell suggested such fiscal aid could be vital after the Fed has cut its benchmark interest rate three times this year, leaving the central bank less room to lower rates further in case of a recession.

“‘The federal budget is on an unsustainable path, with high and rising debt,’ Powell told the Joint Economic Committee. ‘Over time, this outlook could restrain fiscal policymakers’ willingness or ability to support economic activity during a downturn.’”

However, Powell also said that he believes that “The day of reckoning could be quite far off.” Paraphrasing Powell’s remarks, The Associated Press via The New York Times reports,

“He also said that U.S. national debt was unlikely to create a financial crisis for decades. The United States has advantages, he said, such as a productive, growing economy and the fact that the dollar is the world’s reserve currency. … But as long as the debt is growing faster than the U.S. economy, he said, it means that future generations may have to spend more on interest than on productive investments such as infrastructure or education.”

He also noted, “There is no reason to believe that the probability of a recession is elevated at this time. We don’t see the warning signs that appeared in other cycles, yet.” The downturn in manufacturing is being offset by strong consumer spending, he added.

The following charts provide a look at various measures of government debt in the United States.

According to the Congressional Budget Office (CBO) on Nov. 7, 2019, 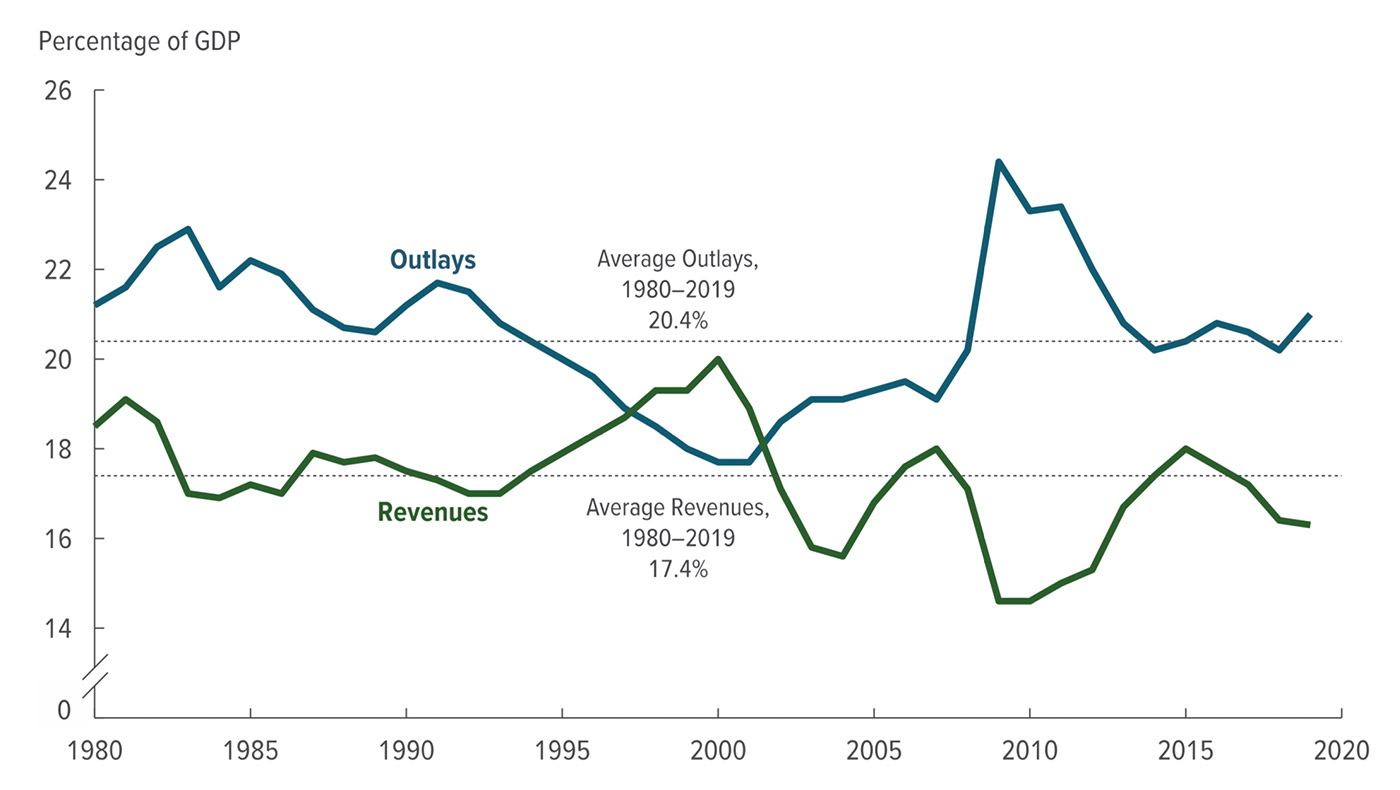 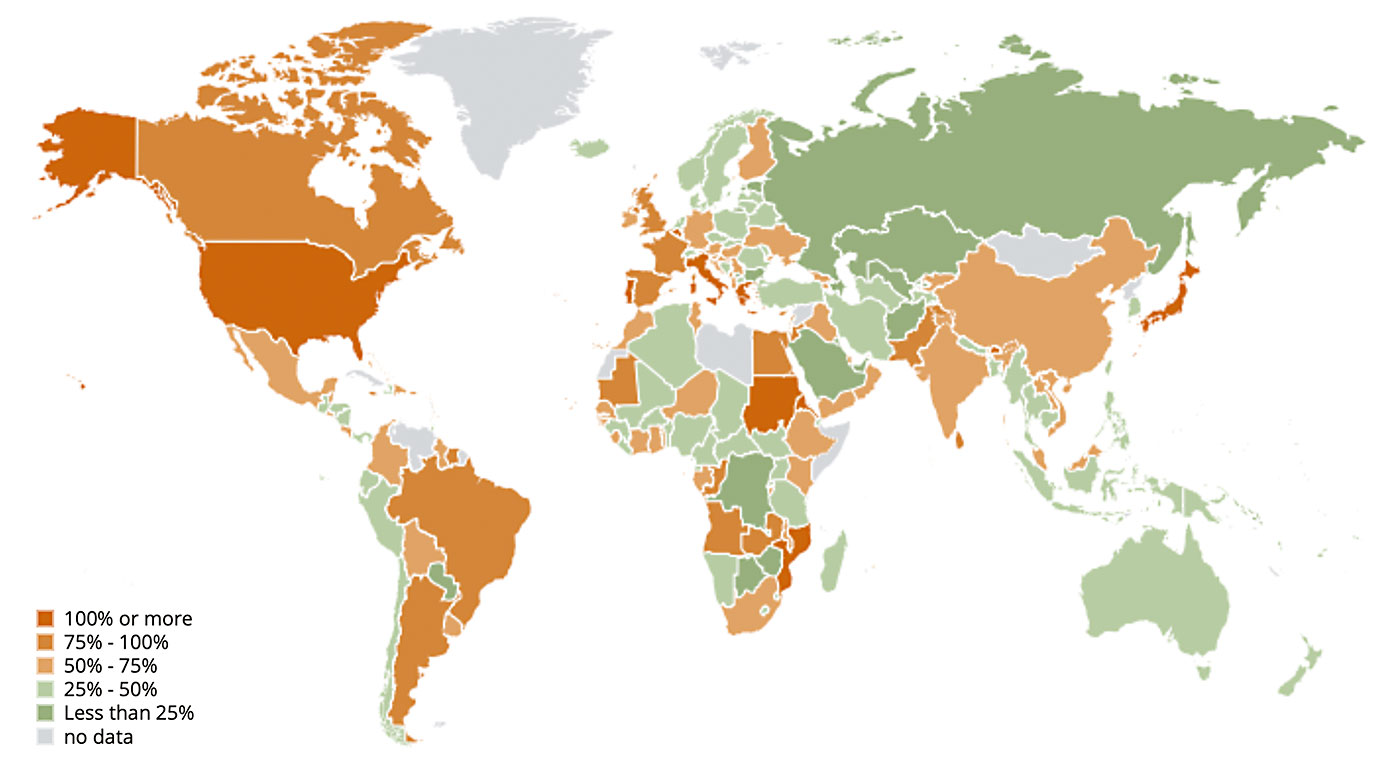