Will the small-cap reversal continue under new Washington policies?

The “large cap versus small cap” debate is ongoing and multifaceted, and the recent presidential election has added another layer of complexity. However, I believe the current small-cap reversal may still have significant room to run.

Over the past 10 years, large caps have outperformed their smaller-cap brethren. For the 10 years ended Oct. 31, 2016, the Russell 1,000 (an index representing large-cap stocks) enjoyed a total return of 93%, whereas the Russell 2,000 (one of the most popular small-cap indices) showed a gain of 77%. As a result, the notion of the “small-cap premium”—additional return to an investor to compensate for the increased risk associated with smaller businesses—has been called into question by some.

Is the small-cap premium real?

In 2015, investment management firm Gerstein Fisher published an article, “Is the Small Cap Stock Premium Disappearing?,” that discusses the significant outperformance of small caps versus large caps between 1926 –2014. The chart below demonstrated the small-cap edge for that time period. 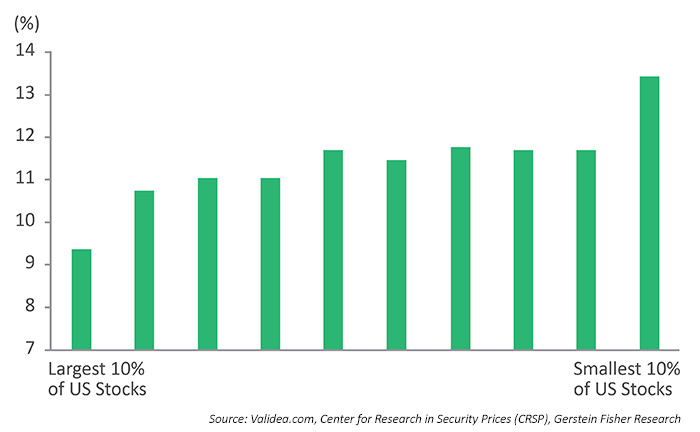 The article points out, however, that the small-cap premium has fallen off since 1995 and since 2005 has nearly disappeared. However, in a paper released in 2015 by U.S. hedge fund AQR entitled “Size Matters, if You Control Your Junk,” the idea of the small-cap premium is resurrected by introducing the quality of the underlying business into the equation. This was measured objectively based on metrics such as profitability, profit growth, earnings stability, and high dividend payouts.

Those at the opposite end of this spectrum were considered “junk” stocks. The study found that, when the high-quality small-cap stocks were culled out and analyzed, they not only outperformed large caps by a significant margin, but they did so consistently across time, industries, and markets. The low-quality small-caps had essentially been dragging down the performance of the entire group, which raises further questions and deepens the discussion around size premium. 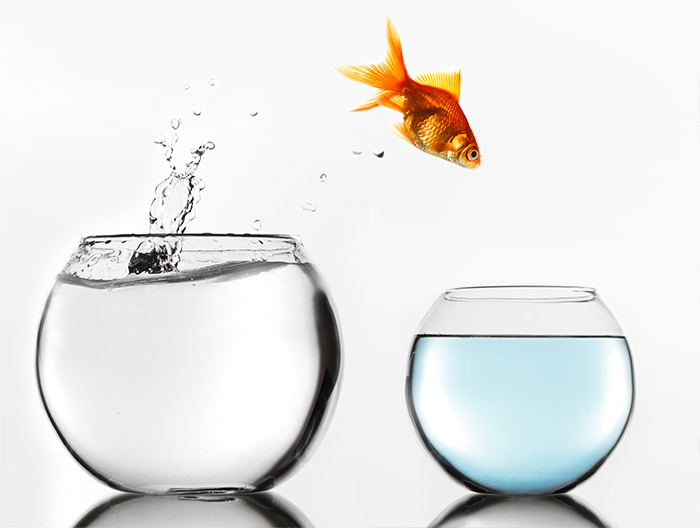 My analysis of various investment strategies and factors (i.e., value, momentum, size, profitability) has revealed that a factor that seems to work well in one market cycle may not necessarily work in another. Furthermore, periods of outperformance by one type of stock over another tend to cluster at pivot points in the market cycle:

Since the Trump victory, however, small caps have rallied big-time. This is a significant small-cap reversal compared to their respective gains between 2013 and Election Day, when the Russell gained only 6.8% versus a whopping 23% for the S&P 500.

According to a recent article in Bloomberg Markets, “President-elect Donald Trump’s promises to prioritize American corporations is doing wonders for the smallest companies in the stock market.” An article from Barron’s agreed, saying, “the advance of the market’s small fry isn’t over yet,” and that the small-cap reversion could last for several reasons:

While conventional wisdom says that impending rate hikes could hurt small caps in part due to resulting increases in the cost of capital (and, therefore, growth), small caps have historically outperformed large caps during rising interest-rate environments—perhaps because rates tend to increase when economic conditions improve and, as small-cap earnings improve, valuations also tend to appreciate.

In this environment, I use my “guru-inspired” stock-screening models to identify strong small-cap picks. Specifically, the models use a wide range of profitability, financial strength, and valuation metrics to find stocks that offer potentially strong returns. Despite the recent run-up in small caps and mid-caps, I think their valuations relative to larger stocks could still look very attractive.

John P. Reese is co-founder of Validea Capital Management. He is the manager of Validea Capital’s active equity ETF and separate accounts. Mr. Reese is the author of “The Guru Investor: How to Beat the Market Using History’s Best Investment Strategies.” He is a graduate of MIT and Harvard Business School and holds two patents in the area of automated stock investing. Follow John’s thoughts and ideas at www.validea.com/blog or on Twitter at @guruinvestor.