A values-based approach to wealth management

A values-based approach to wealth management

Ultimately, our business success is a reflection of striving to do all things with excellence; exceeding client expectations; and building lifetime, multi-generational relationships with our clients. We work hard to provide services and programs to clients that help build a personalized relationship with our firm and keep them involved in an ongoing loop of providing feedback.

For example, I encourage existing clients to attend our ongoing financial education seminars that are open to the public and, if they are willing, ask that they share their experience with our firm. We also have client-appreciation events that are usually family-oriented, such as picnics, sports events, or special outings. We have a client advisory board, and clients might choose to participate on a short-term basis or longer. Finally, we regularly schedule client review sessions where we also solicit feedback, monitor progress toward client objectives, and ascertain if clients might benefit from an introduction to one of our outside resources in the areas of wills, trusts, tax preparation, or legacy planning.

In addition to these tangible programs, I believe that a foundation in humanistic principles is critical to our firm’s success and can help define clients’ interactions with our team. Values in life are vital to providing a “compass” on the journey toward achieving goals. I think our values become the “why” behind everything we do—it’s our motivation.

Foundational values play a fundamental role at home, at work, and in leaving a valuable legacy to our family and communities. Some of my personal values are to respect people without conditions; the Golden Rule (treat others the way you want to be treated); planting and reaping wisely; protecting and enhancing one’s reputation; and the four cornerstone principles of my value system: faith, family, friends, and, yes, finances. We conduct our practice with honesty and integrity. I think all of these factors have helped contribute to an open and friendly atmosphere that enables clients to enjoy the process of their financial assessment and building investment plans that will have a positive impact on their lives. 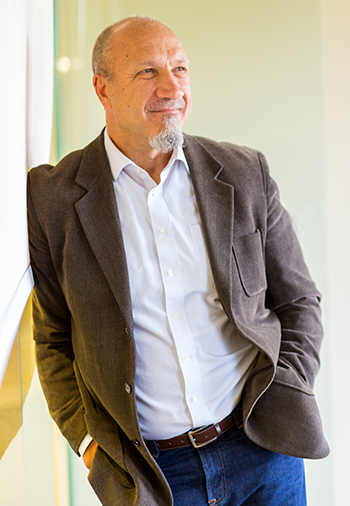 A main theme in my life has been serving the needs of others. That has been true in my college studies, the businesses I have started, my church work, and my financial advisory practice. My primary starting point in the process is helping clients uncover and identify their needs, wants, and objectives and then to help them to build a plan that overcomes obstacles, takes advantage of opportunities, and has a goal of putting their financial future on a positive track.

Part of the financial seminars I present to individuals or couples, or initial meetings with prospective clients, includes asking several provocative questions:

The answer to almost all of these questions is usually “no.” And that is exactly what we would like to help them with.

We have four major philosophical components that we address with clients across these types of objectives. The first is our overall philosophy: “Safety first.” In a nutshell, that means trying to build a financial approach that helps to mitigate risk. It also includes making sure that the protection needs of a family are well-covered. The second is our belief in a managed-money approach to client investments. Through this approach, we can build a customized investment plan that uses sophisticated strategies that are primarily built and maintained by professional third-party investment managers.

“We want to help people build investment plans that mitigate risk as appropriate for their situation, risk profile, time line, and goals.”

The third component is a thorough examination of ways to build lower-risk income for retirement. We look at supplemental income sources, Social Security, pensions, and whatever other resources a client might be able to depend on in retirement. If appropriate for a client, we look closely at something like a fixed index annuity to help fill any income gaps. The fourth area involves exploring the role various life insurance products might play in fulfilling protection needs and as investment assets in their own right.

As we work with clients, we construct a simple-to-understand grid or matrix of the various pieces of their investment plan. This exhibit, which is usually just one page, will show investment assets segregated into three categories: cash or cash equivalents, fixed investments, and securities. These will then be further classified in the grid by tax status: taxable, tax-deferred, and tax-efficient. We find this to be an extremely valuable way to help clients understand how their assets are being deployed over time—it is a living document that we will update regularly.

What are some issues you commonly see with new clients and their current investments?

The biggest issue we see is that people come in who are close to retirement with the vast majority of their investments continually exposed to high risk. They also tend to be paying high fees or commissions. Most have a combination of both: high-risk/high-fee investments. The second issue is that most people really do not have an investment plan and have very little idea about how their investments are working together. They have a mixed bag of investment vehicles that someone sold them—they cannot articulate why they own them specifically.

Our investment-planning process is intended to address both of these issues. We want to help people build investment plans that mitigate risk as appropriate for their situation, risk profile, time line, and goals, and we want to educate people on how all of their investments can work together within their plan in a tax-efficient manner. I use one analogy with clients that seems to strike home when discussing risk in their investments: “Living in a part of the house that’s going to be the last part to burn down is not what I consider a safe strategy.” The challenge then is how to help them position the vast majority of their investment assets in a way that mitigates the danger of “burning down”—no matter what conditions the stock market throws at them.

The first step is finding the appropriate roles in their investment plan for a wide variety of investment and insurance vehicles. The second is through the use of professionally managed, rules-based strategies that have a goal of delivering competitive returns while minimizing exposure to traditional investment downside risk. The quantitative models used by our third-party managers are non-emotional and are designed to respond to current market conditions. As responsive strategies, I explain to clients they cannot eliminate all risk, they will see some drawdowns, and they probably will not capture all of the upside in the market. But they do a very good job of balancing the risk-reward equation, I think, to offer clients a stronger probability of investment success over the long term.

What factors do you think contribute most to the way your firm builds long-term relationships with clients?

It starts with the diligence we apply in working with clients. We use a thorough process that covers the many diverse financial and life issues that I discussed. The second factor is more qualitative. Clients want to work with someone they trust and someone they like. It helps enormously if we have some level of shared values. I think we do an excellent job of being good listeners and understanding the concerns and aspirations of our clients. We treat them with respect and understand they are the ultimate decision-makers. This way of doing business has led to very strong client relationships that should last a lifetime.

Ted Moyer, founder and principal of Legacy 360 Financial and Wealth Management LLC in Center Valley, Pennsylvania, says that his financial advisory practice combines a sophisticated wealth-management process with a values-based approach. He wants prospective clients to know and feel comfortable with his belief system and what to expect if they engage with his practice. He starts this process at the beginning of the relationship by providing prospects with the following: 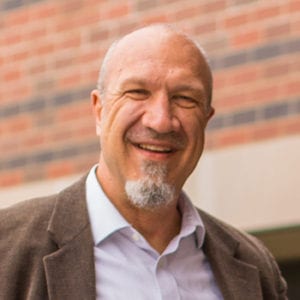 Ted Moyer is the principal of Legacy 360 Financial LLC and Legacy 360 Financial and Wealth Management LLC, a registered investment advisor. His wealth-management firm has two locations in eastern Pennsylvania and offers a wide variety of financial services to individuals and businesses. He says his firm’s process and investment philosophy centers on the concept of “safety first,” and he serves clients in a manner that places values at the forefront.

Mr. Moyer grew up in Harleysville, Pennsylvania, and was the third of four brothers. His father “worked his way up from a teller” to become a senior banking executive, and his mother was a music teacher. Mr. Moyer was a talented athlete in high school and college, particularly in soccer and basketball. He attended Eastern Mennonite University before transferring to Temple University, where he studied physical therapy and sports medicine. After college, he was involved in two successful business startups while also becoming deeply involved with his church. “After selling my last business,” says Mr. Moyer, “I decided to follow in my father’s footsteps and began my financial-services career in the insurance industry.” He spent several years with “one of the most innovative and knowledgeable” financial advisory firms in his area and later founded his own firm.

Mr. Moyer is a member of and has been accorded recognition several times by the Million Dollar Round Table (MDRT). He is an approved member of the National Ethics Association and is a member of his local branch of Rotary International.

Mr. Moyer and his wife have been married for over 30 years and love to spend time with their extended family of three children, two sons-in-law, and one grandchild. In his spare time, Mr. Moyer is an avid musician with a band that plays contemporary inspirational music. He and his wife are active in their church and several charitable activities. Mr. Moyer also enjoys staying fit, gardening, and winemaking.