The smart retirement: It’s all in the math

The smart retirement: It’s all in the math

Quantitatively based investment strategies are designed to build assets over the long term—a cornerstone for retirement.

Proactive Advisor Magazine: Steve, what types of clients do you work with?

I initially learned the business in my days at CIGNA, which ran one of the first national financial-planning businesses and had a terrific training organization. Back then our prime prospects were small-business owners who had the multiple needs of their business; their personal assets; and, in many cases, employees who could also benefit from our services.

I continue to have an affinity for owners of small to mid-sized businesses, but that has naturally led to focusing on clients of all kinds who are facing planning for retirement. We used to joke around many years ago that a client would come to see you on a Monday and announce they were retiring on Friday, and could you please help them plan for it!

Retirement planning has obviously become much more of a top-of-mind and long-range concern for people, and pre-retirees and those already in retirement are the focus of our firm. Despite all of the publicity around the challenges of retirement, I firmly believe that the vast majority of people need professional assistance in putting together and managing a smart retirement plan and its associated investments. 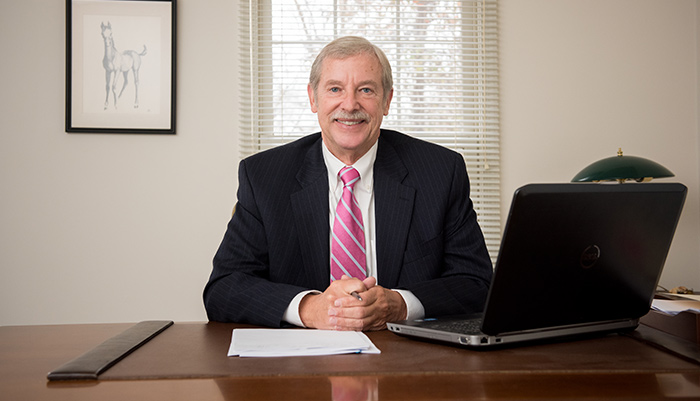 What core investing principles do you use for clients?

I think we were well ahead of the curve in terms of recognizing that there was more to investment planning for clients than just pure asset-allocation models that may not have a thorough consideration of the risk side of the equation. I have been exposed to the efficient-frontier analysis for many years—which tries to ascertain optimal portfolios for delivering the highest expected return for a defined level of risk or the lowest risk for a given level of expected return.

However, in the last 20 years or so, the advances in portfolio construction, risk management, and strategy implementation have truly been phenomenal. It is my goal to make sure I am offering clients cutting-edge investment solutions. So, I am a big advocate of quantitatively based, actively managed strategies for clients, certainly on the public equity and bond side.

We implement a lot of different approaches for clients based on their needs and objectives. I have also been thoroughly exposed to the endowment model of asset management—the kinds of investments that large universities might use. I believe there can be significant value and diversification benefits in many forms of alternative and private investments.

We discuss each of the asset classes with clients, talking about the pros and cons and where they fit into a portfolio. Education is a high priority and value-add for our practice, and I spend time explaining some sophisticated concepts as simply as I can. One of my favorite clichés—which is more than a cliché—stresses the importance of diversification at all times: “There’s nothing that’s so good it is worth all of your money, but there are a lot of things worth some of your money.”

There’s nothing so good it’s worth all of your money, but there are a lot of things worth some of your money.

Describe how you educate clients on active investment management. 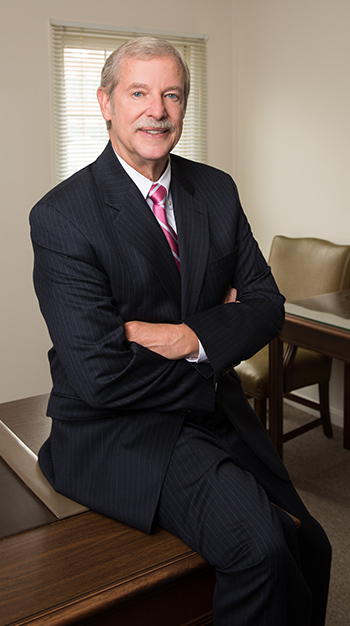 I tell clients that the most successful endowment funds endorse the quantitative approach to investments. These funds consider risk management a top priority, as they cannot afford to see their absolute asset levels go down significantly—just as a retiree cannot afford it either. They understand the fundamental math—it is a lot easier to build assets over lengthy periods of time when you do not have to recover from major losses. There are a number of illustrations I use with clients that make that point crystal clear, beginning with simple mathematical relationships that most people do not know—for example, that it takes a 67% gain to overcome a 40% loss.

I tell clients that we want to enhance risk management in their portfolios by using quantitative analysis, or algorithms, to lower the downside exposure. The highs of the returns may not be as high as the overall equity market is capable of achieving, but the lows should be nowhere near as severe as the kinds of losses the S&P 500 has taken during a severe bear market decline.

In addition to the risk-management aspect of active management, the real strength of the third-party managers I use is their ability to potentially generate positive returns in both rising and declining markets.

The basic message to clients is that we are not trying to hit home runs. We are trying for greater consistency of returns and to take some of the volatility of returns out of the equation. That cannot always be done perfectly, of course, but sound mathematical principles support how this can benefit client portfolios over the long haul.

How does your practice benefit from using third-party managers?

With technology being what it is today, these money-management firms have become very good at what they do—managing risk and volatility while delivering competitive returns. I am allocating more and more client money to this approach, allowing me to focus on what I do best: educating on all aspects of the retirement-planning picture.

There is also a strong psychological client benefit to having risk-managed portfolios. Behavioral finance studies, and research such as DALBAR, show how individual investors tend to create their own impediments to success.

Proactive investment management, in my view, enhances the odds that a client will stick with a plan for the long term and not feel they have to panic over a short-term event. That is a major benefit for the client in the absolute. But it also leads to our practice being able to design and implement a client investment plan with measurable and defined goals that has a high probability of success. 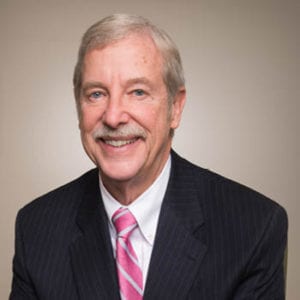 Steve Molesky has been in the financial-planning and investment-management business since 1983, entering private practice in 1991. He is president of Stephen M. Molesky & Associates Inc. Before founding the firm, he worked for CIGNA Individual Financial Services Inc. Mr. Molesky specializes in helping pre-retirees and retirees build, preserve, and protect their retirement assets, offering securities through Kalos Capital Inc.

After graduating with a degree in psychology from St. Joseph’s University in Philadelphia, he received his master’s degree from Catholic University in Washington, D.C. Mr. Molesky has also earned the ChFC and CLU designations and has completed training to be an Elite IRA Advisor under Ed Slott & Company Inc.

A widely recognized financial educator and planner in the greater Baltimore-Washington, D.C., area, Mr. Molesky hosts seminars that  have taught many who are planning for retirement how to increase their retirement income and reduce their taxes. He has been married to his wife, Carole, for 42 years, and they have four children.

He says, “I have been greatly influenced in my advisor role by my Jesuit educational background and psychological training. Both of these teach a disciplined and thoughtful process of approaching problem-solving and the importance of considering the many sides of an issue.”