Walter Todd, president and CIO at Greenwood Capital, told Bloomberg in a recent interview regarding the Q2 2022 earnings season,

Data and analytics firm FactSet recently provided the following metrics for the Q2 2022 earnings season, with a focus on energy:

“For Q2 2022, the blended earnings growth rate for the S&P 500 is 6.7%. At the sector level, six sectors are reporting year-over-year growth in earnings for the quarter. However, the Energy sector is reporting the highest earnings growth of all 11 sectors at 299%. 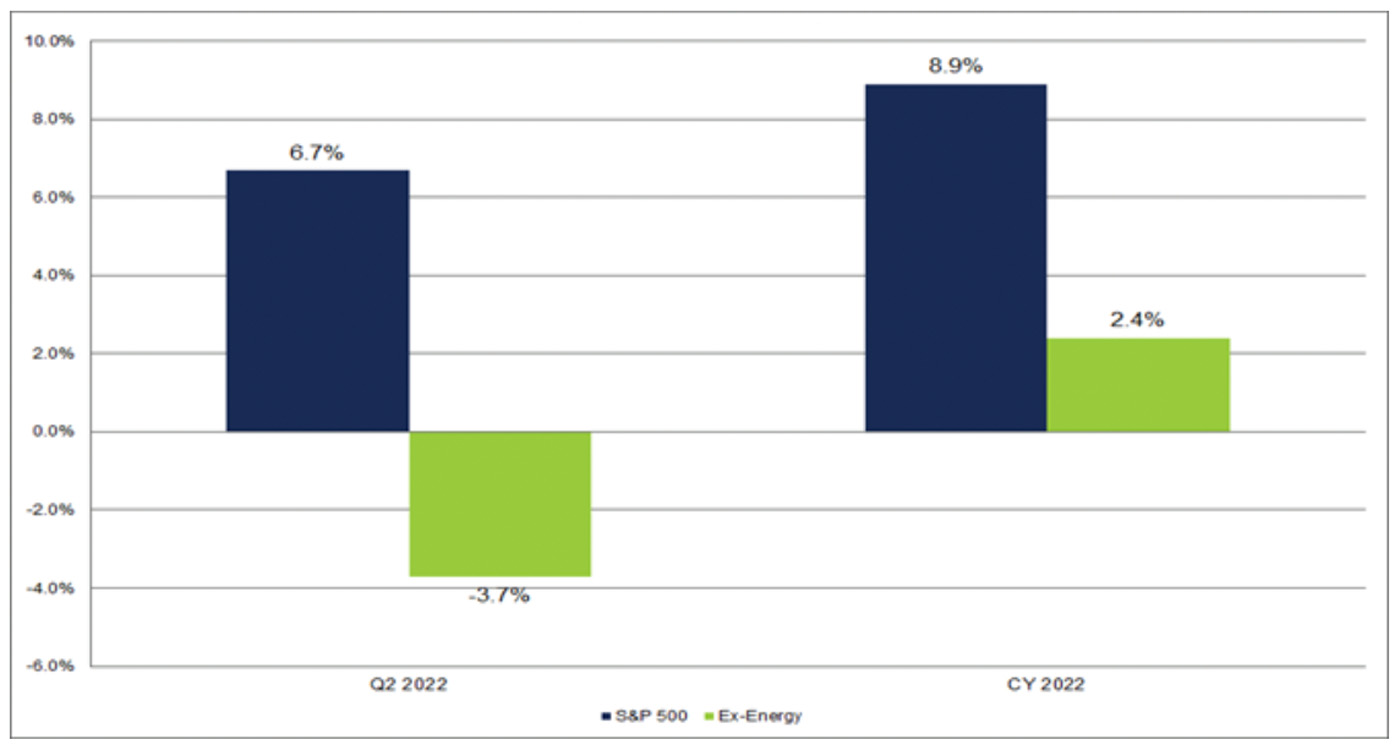 FactSet notes that Exxon Mobil and Chevron have led the energy sector in earnings growth:

“The Energy sector is also expected to be the largest contributor to earnings growth for the S&P 500 for all of CY 2022. If this sector is excluded, the estimated earnings growth rate for the index for CY 2022 falls to 2.4% from 8.9%.”

Impact of lower oil prices on the energy sector

The question is whether further price declines in oil will derail energy stocks, which are off midyear highs but now back in an uptrend. 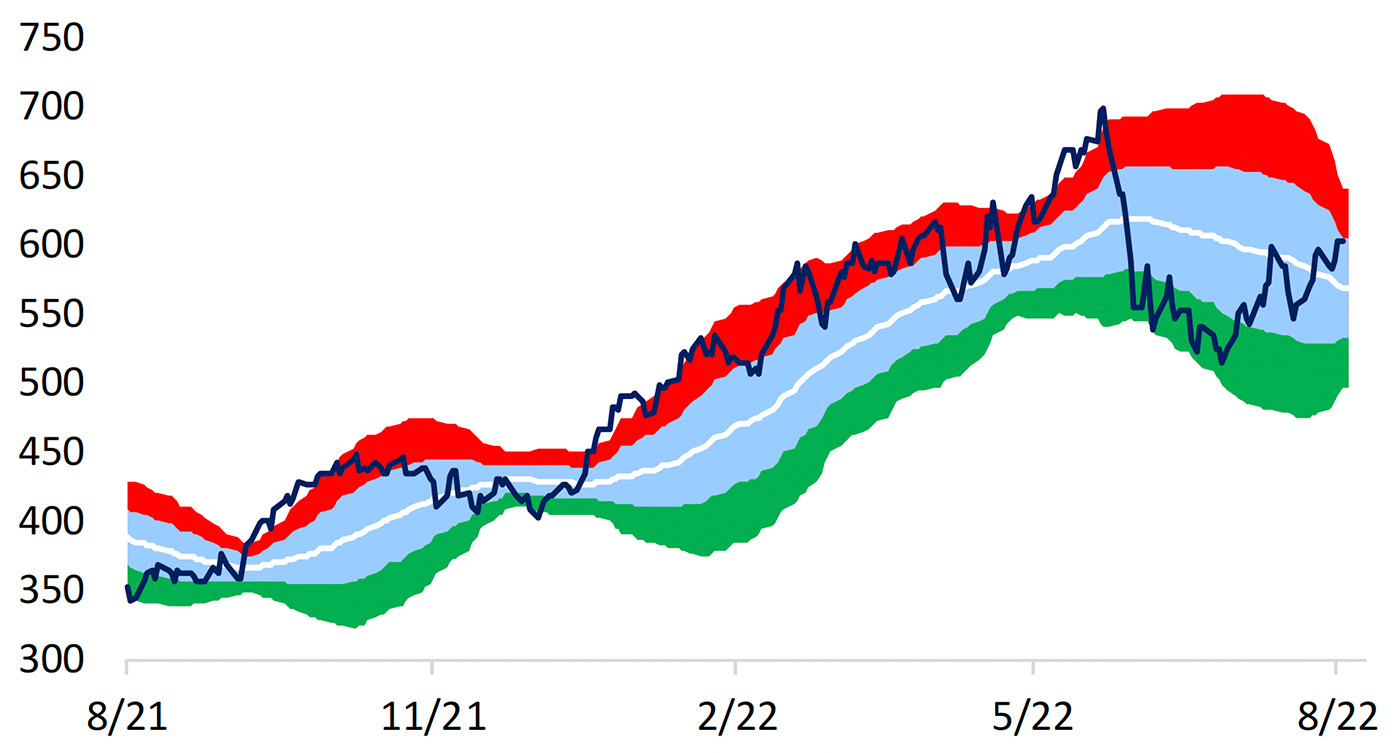 Over the weekend, Barron’s presented arguments for why energy stocks can hold up even if oil prices fall further:

“Everything starts with the price of oil, and risks abound. Macquarie Group strategist Vikas Dwivedi notes that a combination of lower consumer demand, continued access to Russian oil despite the war, and the possibility of more production out of Saudi Arabia and the U.S., among other factors, could cause oil to fall below $70 over the next few months.

“But OPEC might be more constrained in production than expected, says Mark Haefele, chief investment officer at UBS Global Wealth Management, while Chinese demand could recover over the rest of the year as rate cuts by the People’s Bank of China begin to boost the economy. At the same time, high coal and natural-gas prices could keep demand for oil strong. ‘We continue to see a tight oil market and retain our positive price outlook,’ he writes.

“Either way, energy stocks should hold up OK. A big part of that is earnings. It’s no coincidence that the sector’s rally coincided with reporting season. Energy stock profits rose nearly 300% during the second quarter, according to Refinitiv, nearly 10 times faster than the next sector, industrials, which grew earnings at a 32% clip. Energy stocks have increased earnings by 400% from 2019, says DataTrek Research’s Nick Colas. ‘Their earnings power is far better than prepandemic, and we believe that can continue,’ he writes.”