In fact, last Thursday (August 11), all three of the most-watched U.S. stock market indexes closed at new all-time highs, the first time for that simultaneous event, says StateoftheMarkets.com, since December 31, 1999. The S&P 500, according to The Wall Street Journal, entered this week with nine new record highs in 2016.

The bulls argue that more jobs and higher wages mean a brighter outlook for both the economy and corporate earnings going forward. Those market skeptics who had been pointing to the very poor Q2 GDP report (showing 1.2% year-over-year U.S. economic growth) are now seeing far more upbeat projections for Q3 GDP. Barron’s notes that the Atlanta Fed’s GDPNow tracking estimate is projecting a Q3 GDP figure of 3.8%, and the New York Fed has a “more modest, but still respectable 2.6% growth rate.” 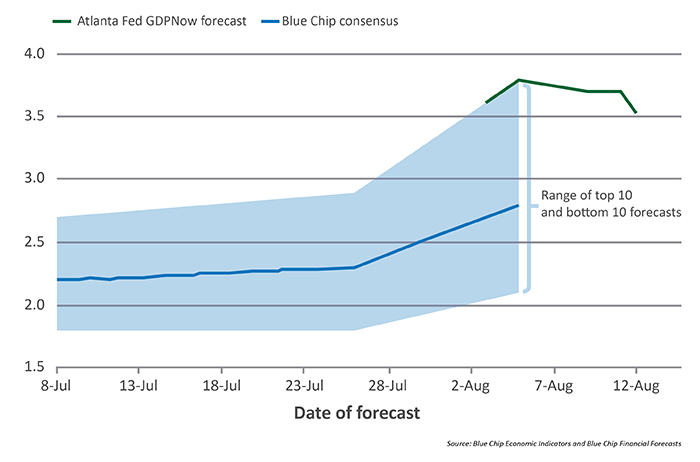 Market analytics firm Ned Davis Research (NDR) says a new cyclical bull market was officially confirmed on Tuesday, July 19. They also say this is part of the bigger picture of the secular bull market that began March 9, 2009. According to NDR, the start date for this cyclical bull phase was February 11, 2016, and the market has already gained close to 20% since February closing lows. The “average gain” in a cyclical bull market phase, says NDR, is approximately 100% (presumably leaving 80% higher levels to come for the S&P 500). 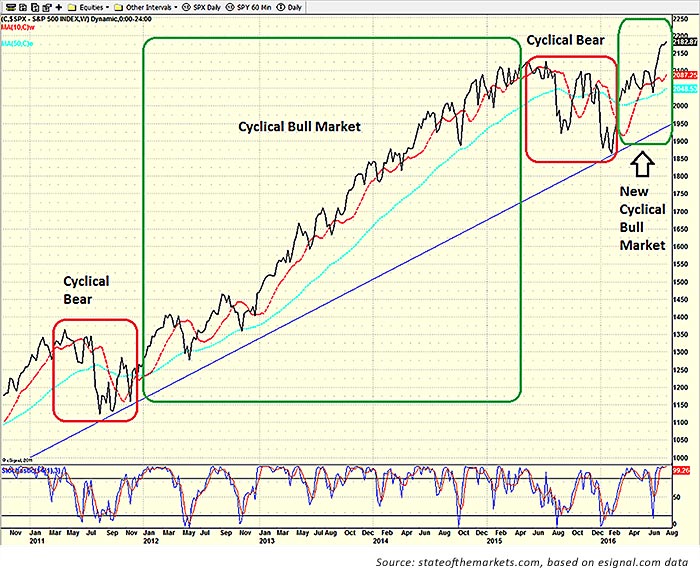 Before one gets overly optimistic about the market’s new record highs, prospects for an improving GDP, and a possible post-election market surge, it is prudent to remember that September, October, and November can all be relatively volatile. While volatility numbers can be sliced in any number of ways, See It Market’s analysis shows that these three months have the historically highest daily standard deviation of all months, going back to 1928.
FIGURE 3: DAILY STANDARD DEVIATION FOR S&P 500 SINCE 1928

With analysts now back to assessing the odds of a 2016 Fed rate hike, the likelihood of what Guggenheim Investments calls the “uncertainty premium” leading into presidential elections, most global indexes in “overbought territory” (according to Bespoke Investment Group), and the general trend toward autumn volatility, it is certainly no time for investors to let their guard down—calls for a new cyclical bull market or not.