Last Friday’s employment report from the U.S. Bureau of Labor Statistics (BLS) shocked the markets and thoroughly humbled economists, with what some were calling “the biggest upside surprise in recent economic data history.”

Projections were calling for an employment decline of 7.5 million in payrolls and a jump in the unemployment rate to 19%. According to Yahoo Finance, no economists in Bloomberg’s survey “had projected improvement in either figure.”

Instead, according to the BLS report, “total nonfarm payroll employment rose by 2.5 million in May, and the unemployment rate declined to 13.3 percent.” The report added,

“These improvements in the labor market reflected a limited resumption of economic activity that had been curtailed in March and April due to the coronavirus (COVID-19) pandemic and efforts to contain it. In May, employment rose sharply in leisure and hospitality, construction, education and health services, and retail trade. By contrast, employment in government continued to decline sharply.”

Mohamed El-Erian, chief economic advisor at Allianz, joined Chris Wallace on “Fox News Sunday” to discuss the jobs report and the economic outlook in general. To paraphrase, El-Erian said he was very surprised by the report and that is was a huge positive data shock. He attributed the gains to three factors: (1) an incredibly resilient economy that is starting to show signs of a rebound; (2) the impact of government measures, including the Paycheck Protection Program; and (3) some possible major “data distortions.”

More on the data issues later in this article. Taken at face value, the jobs report was very encouraging, especially in certain industries.

“Almost every industry reported a gain in employment in May, with leisure & hospitality by far the biggest winner of the month. [However,] while the unexpected rebound of the job market is certainly cause for optimism, it needs to be noted that employment had dropped by more than 10 million in April and that unemployment remains historically high at 13.3 percent.”

FIGURE 1: CHANGE IN TOTAL NONFARM PAYROLL EMPLOYMENT BY INDUSTRY (MAY) 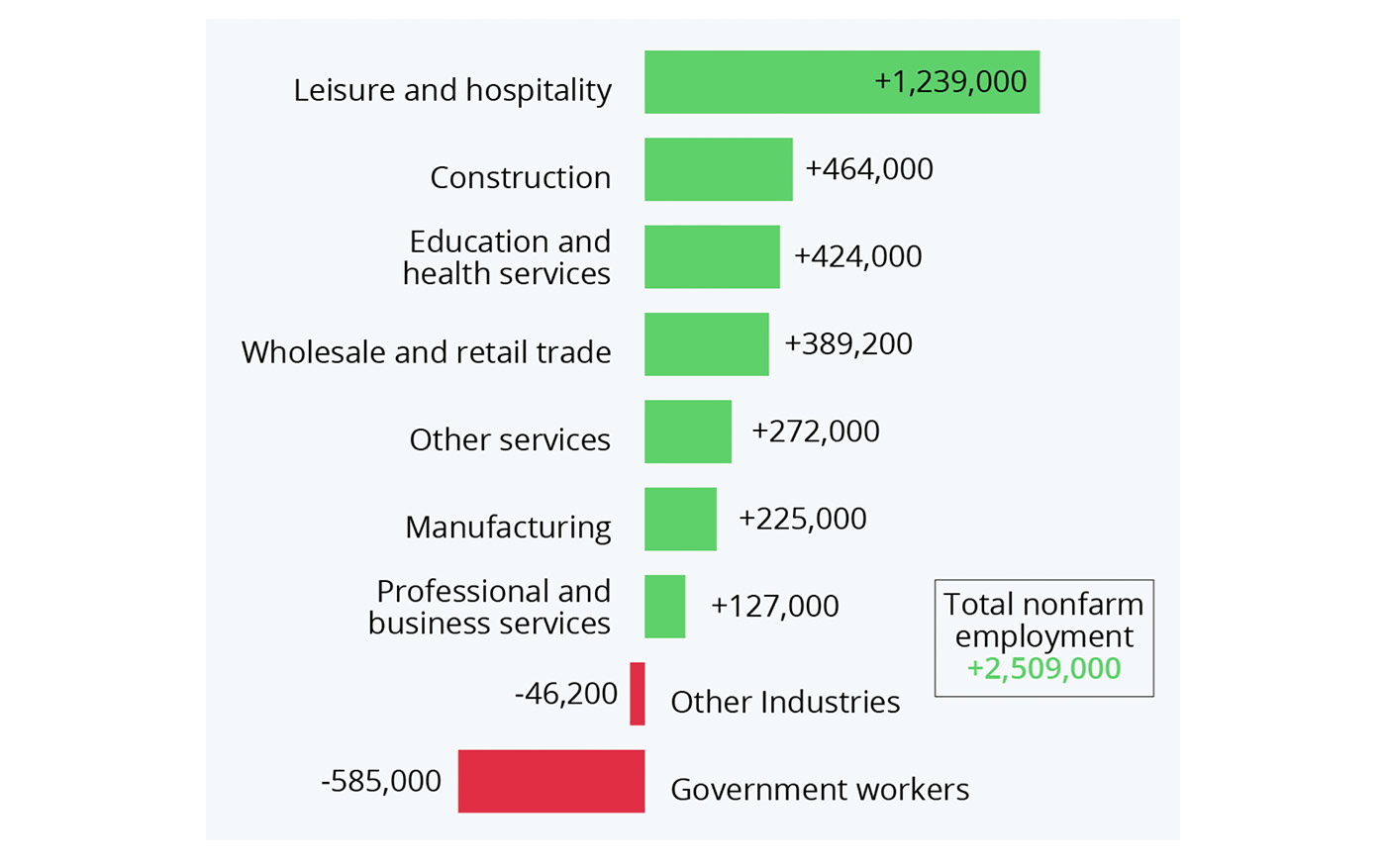 Statista also notes that May’s report showed “discrepancies in which jobs were created, and who received them,” adding,

FIGURE 2: U.S. UNEMPLOYMENT RATES BY RACE AND ETHNICITY (APRIL AND MAY 2020) 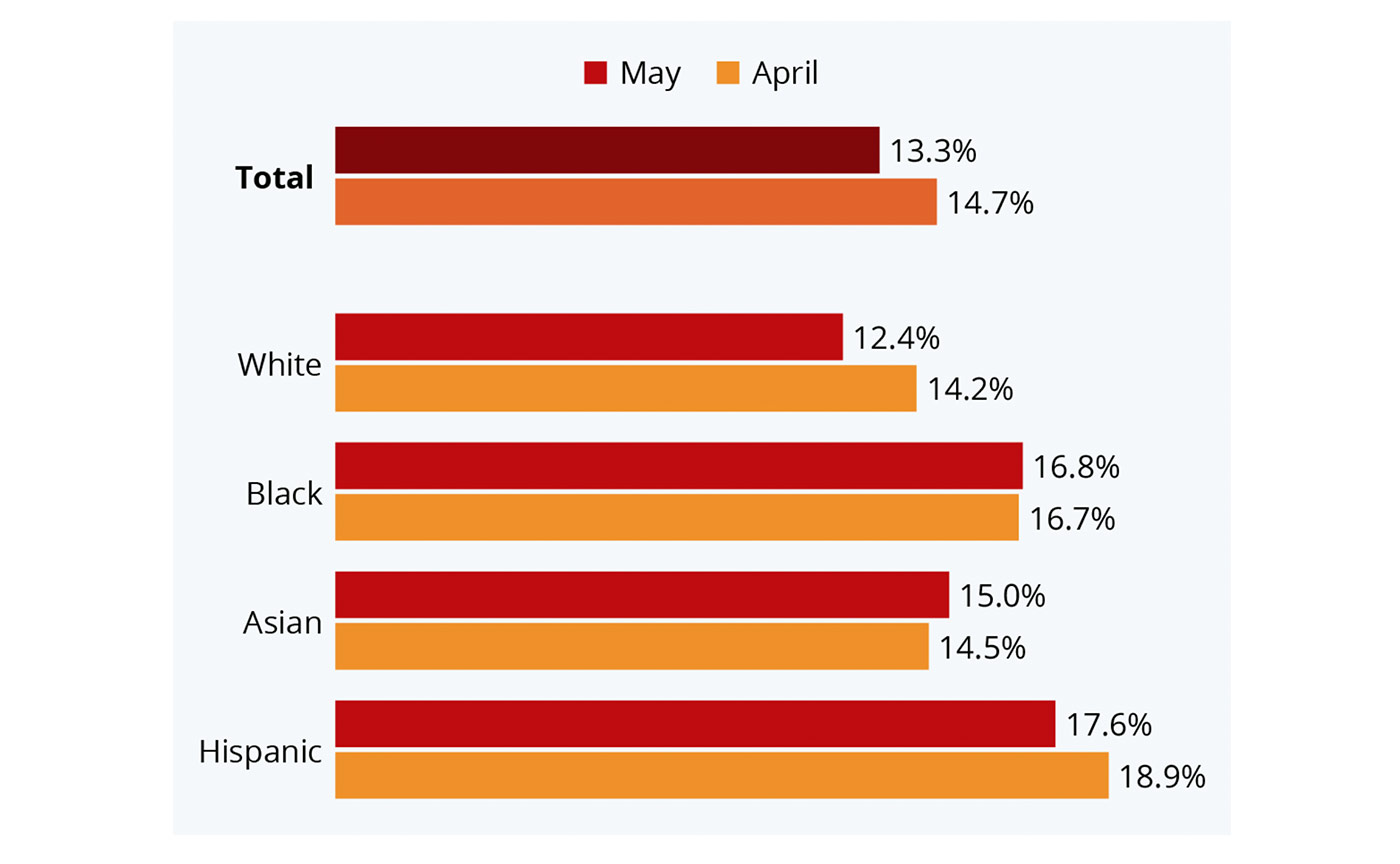 The New York Times’ Andrew Ross Sorkin, without attacking the data, cautioned that while the May report was certainly a positive development, the jobs recovery still has a long way to go.

He wrote in an article on Monday, citing a number of articles from the Times:

“In short, the numbers can be trusted and there is no government conspiracy, as some overheated social media conversations suggested over the weekend. …

“[But,] the job growth reflected mostly laid-off or furloughed workers returning to their jobs—the number of people who reported permanently losing their jobs was higher in May. And many employees who are back at work now have reduced hours. …

“Despite the (mostly) positive numbers, the economy is experiencing an ‘epic collapse in demand,’ The Times’s Neil Irwin writes. There were still nearly 20 million fewer jobs in May than there were in February. …

“Job losses in March and April wiped out the previous 113 months of job gains. …” 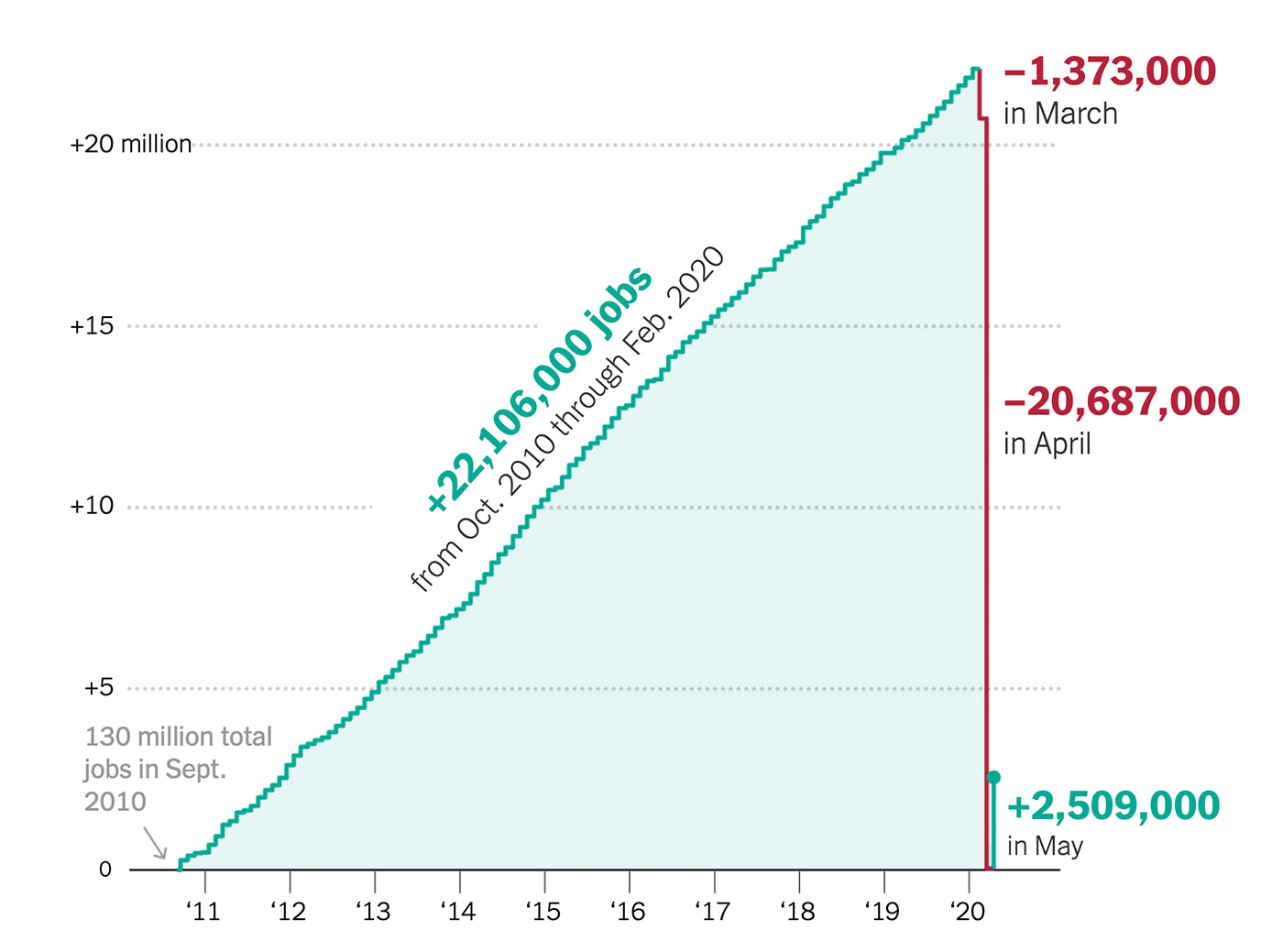 Regarding the potential “data distortions” mentioned by Mr. El-Erian, the Bureau of Labor Statistics was given high marks by many for full disclosure of some issues surrounding the May employment report. The report was accompanied by a lengthy statement citing points related to the fact that “data collection for both surveys was affected by the coronavirus (COVID-19) pandemic.” They also cited potential “classification” issues related to whether a worker is reported as employed or unemployed.

Bespoke Investment Group was encouraged by the May report overall, and, in a separate analysis, especially by the fact that initial jobless claims continued “an improving trend where the record streak of weekly declines in claims extended to its ninth week.”

However, they noted the following caveats related to the May employment report:

“For now, the hope is that May’s rebound is just the start of a broad and even more well-sustained increase in labor demand relative to March and April. If further fiscal policy support doesn’t arrive, though, the rebound in employment will likely be very slow rather than rapid.”