The Phillips curve is ‘not even wrong’

To paraphrase theoretical physicist Wolfgang Pauli, the whole idea behind the Phillips curve is “not even wrong.”

Economist A.W.H. Phillips studied the relationship between inflation and unemployment in the United Kingdom and noticed that they were usually moving in opposite directions. He, therefore, theorized that when unemployment is low (and it is hard to find workers), prices of things rise because employers have to pay more to hire qualified employees. That led several generations of economists to undertake an effort to determine the exact trade-off between inflation and unemployment, thinking that if a government or central bank changed one factor, there would be an equal and opposite reaction in the other factor.

The problem is that neither Dr. Phillips nor the generations who came after him understood the real relationship. It is not one of opposition, but rather of lead-lag. 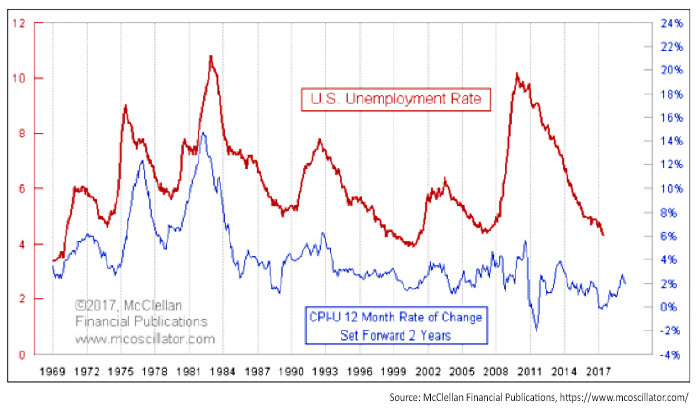 This is not a perfect relationship, though. Sometimes outside events put a thumb on the scale. We saw that especially in 2008, when the commodities bubble sent the inflation rate up to an unnatural high, which was followed by a crash of equal magnitude to the downside. Two years later, the unemployment rate did not exactly match those dance steps. But after a few months, the relationship got back into step again.

The CPI-U inflation rate rose from the low in April 2015 to its high in February 2017. Add two years to those dates and we get a low for unemployment due in roughly May 2017 and a high in February 2019. But it does not appear to be as big of a rise as some of those we have seen in the past, so don’t worry too much. But do brush up your résumé.