Actively managed strategies in a well-diversified portfolio will likely have different performance characteristics, with the sum of the parts achieving competitive risk-adjusted returns through different market cycles.

Like many of you, I’m sure, I’ve always been a huge baseball fan—whether as a player myself or in following a professional team.

My “fandom” goes back to about age 6, when I started to collect baseball cards. Despite growing up in the Philadelphia suburbs and rooting for the Phillies, many of the cards I coveted most were those of the stars of the then-dominant New York Yankees. I still have a few of those. 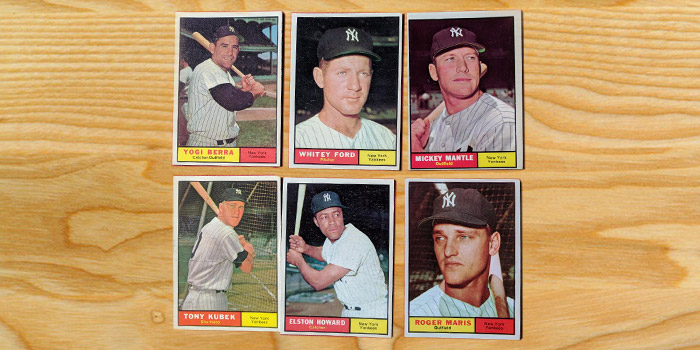 My family moved to the New York area in the 1960s, and over the years I eventually “converted” to a Yankees fan. This was not too hard to do, with the never-dull teams that included Reggie Jackson, Ron Guidry, Catfish Hunter, Thurman Munson, and manager Billy Martin. The Yankees won two World Series, in 1977 and 1978, before entering a disappointing period from 1982 to 1994. In 1996, they started their amazing run of four World Series championships in five years.

This year they added outfielder Giancarlo Stanton (who beat out Judge with 59 home runs last season for Miami) and two sensational rookie infielders, Miguel Andujar and Gleyber Torres. The team started out 9-9. Since then, they have been on a tear and now own one of the best winning percentages in baseball.

What has been remarkable about this season has been the ongoing rotation of players taking over leadership of the team at various points of the year. Gregorius is a perfect example, having had an MVP-worthy month of April, then tailing off throughout the month of May, only to have Torres go on his own hot streak.

To paraphrase longtime Yankees radio announcer John Sterling, “That is what great teams do. They always have someone stepping up and picking up the rest of the team.” If five players are playing just OK, another four will start performing superbly. It is an extremely well-balanced team in that way, where periods of individual inconsistency do not end up hurting the overall winning record of the team.

In this respect, the Yankees’ 2018 “story” is strikingly similar to some principles of sound portfolio construction and strategic diversification.

Financial advisors we have interviewed for Proactive Advisor Magazine frequently talk about using a combination of strategies that are meant to work together (with different performance characteristics) as a cohesive portfolio over full market cycles. These might be exclusively actively managed strategies or a combination of active and passive strategies. 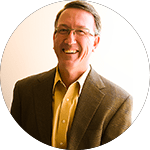 “A cornerstone of my active management approach is offering a very wide potential combination of diversified strategies. In line with this overall risk-managed active approach, l will generally use several different noncorrelated strategies, in several different asset classes. While not every strategy ‘will fire on all cylinders’ at the same time, that is exactly the point.”

Flexible Plan Investments’ president, Jerry Wagner, who has written several articles for this publication, has also commented about this aspect of diversification. He has said, “If every strategy in a portfolio is going up or down at the same time, there is a high probability that the portfolio is not properly diversified.”

The ultimate point? As Campbell notes, when strategies are “objectively quantified” and work in combination in a well-diversified portfolio, “emotion and ego can be put aside for the most part, and clients can more freely allow their strategies to perform as designed, without constant second-guessing.”

While it is hard for baseball fans, and investors, to not get caught up in the emotion of day-to-day action, it is a “long season” for both. All that really counts is achieving their respective end objectives.

How do financial advisors talk about strategic diversification and risk management for client portfolios? 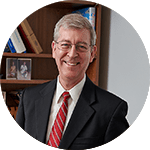 “Portfolios should be well-diversified, and client assets might be earmarked for different roles, using different asset classes, types of strategies, and time frames. The sequence-of-returns issue is something I take very seriously and educate clients about. Assets classes and strategies should seek not to be highly correlated—we all saw how that played out in the last two market crashes. Strategic diversification will obviously not remove all risk, but it can have a major impact on client portfolios. I also believe in the concept of actively managed strategies and will use third-party money managers to provide these.” 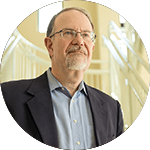 “I believe risk management is extremely important in our investment-planning process. It does little good for a client and me to work diligently together to develop a goals-based financial plan if we are then going to let volatility and natural cycles of the market disrupt those plans—as many people planning for retirement saw in the credit crisis.

“The solution to this that I will generally propose is using some combination of actively managed strategies in an overlay with more traditional passive strategies. We want to keep risk in check to the degree possible, and tactical strategies can help in that regard. For these, I turn to a select group of third-party managers who have a variety of quantitatively based strategies. Some of these specifically seek to mitigate the risk of extreme market downturns.

“Returns might not be as high for these strategies during bull markets, but that is more than offset by the potential benefits of missing the worst effects of bear markets. As I tell clients, we would like to see your investments progress toward your return goals with the least amount of risk possible.” 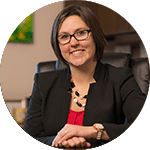 “There is no one profile for our clients, but I think several of our client segments share some attitudes about investing. Women facing transition, millennials who are in the accumulation phase, and couples and individuals facing retirement, I have found, tend to be somewhat more conservative in their outlook on investing. For many of these types of clients and others, we will use strategies from third-party investment managers that have a goal of mitigating risk. These clients want to see growth in their assets, but they also do not want to have to worry excessively about large drawdowns in their portfolios.

“While there are no guarantees with any investment approach, I am a proponent of risk-managed, growth-oriented active strategies that seek to capture reasonable upside in the market while attempting to avoid the worst of market drops. My overall recommended approach in this scenario could include multi-asset-class and multi-strategy portfolio construction, where risk is also managed through strategic diversification.” 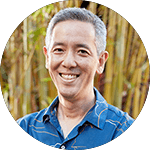 “As an advisor, I also must be cognizant of not letting short-term decisions affect recommendations for clients. If strategy X is underperforming and strategy Y is performing exceptionally well, the natural inclination might be to abandon X in favor of a higher weighting to Y—the flavor of the month. But strategy X might be playing a critical role in a portfolio and may perform that role well when market conditions change. That is the type of consideration I explain to clients as part of the risk-management discussion.” 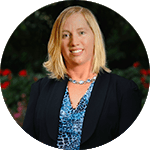 “Client portfolios need to focus on wealth preservation, risk management, diversification, and controlled growth. Clients do not, in my opinion, need to expose their assets to huge market-driven downturns and drawdowns.

“My focus is on the planning process and relationship management, so I use third-party money management for most of my clients. They are the experts in this area and have staff specifically devoted to managing client investments. These managers almost universally emphasize actively managed investment strategies that focus first and foremost on risk. Their strategies may not see all of the upside in the market, but they are constructed to avoid catastrophic downside. They use quantitative, rules-based strategies. Their returns, by and large, can be very competitive throughout market cycles, while providing that key element of downside protection. As I explain this to clients, they come to see the merits of such an approach.”

The topics of Fed interest-rate policy, inflation, and bond yields have been front and center for several years. How can proactive advisors guide their clients amid uncertainty in 2020 for the bond market—and other asset classes?[dropcap style="font-size: 60px; color:...

anuary has seen the threat of armed conflict in the Middle East, potential oil market disruptions, an ongoing presidential impeachment process, an aging bull market, and assorted other risk factors, and yet...

Since we are at the inception of a new year and a new decade (if you adhere to the notion that the decade begins with 2020 and not 2021), it is sometimes useful to see how the patterns of previous market years have played out.Years ending in ‘9’ and ‘0’ Figure 1 is a...